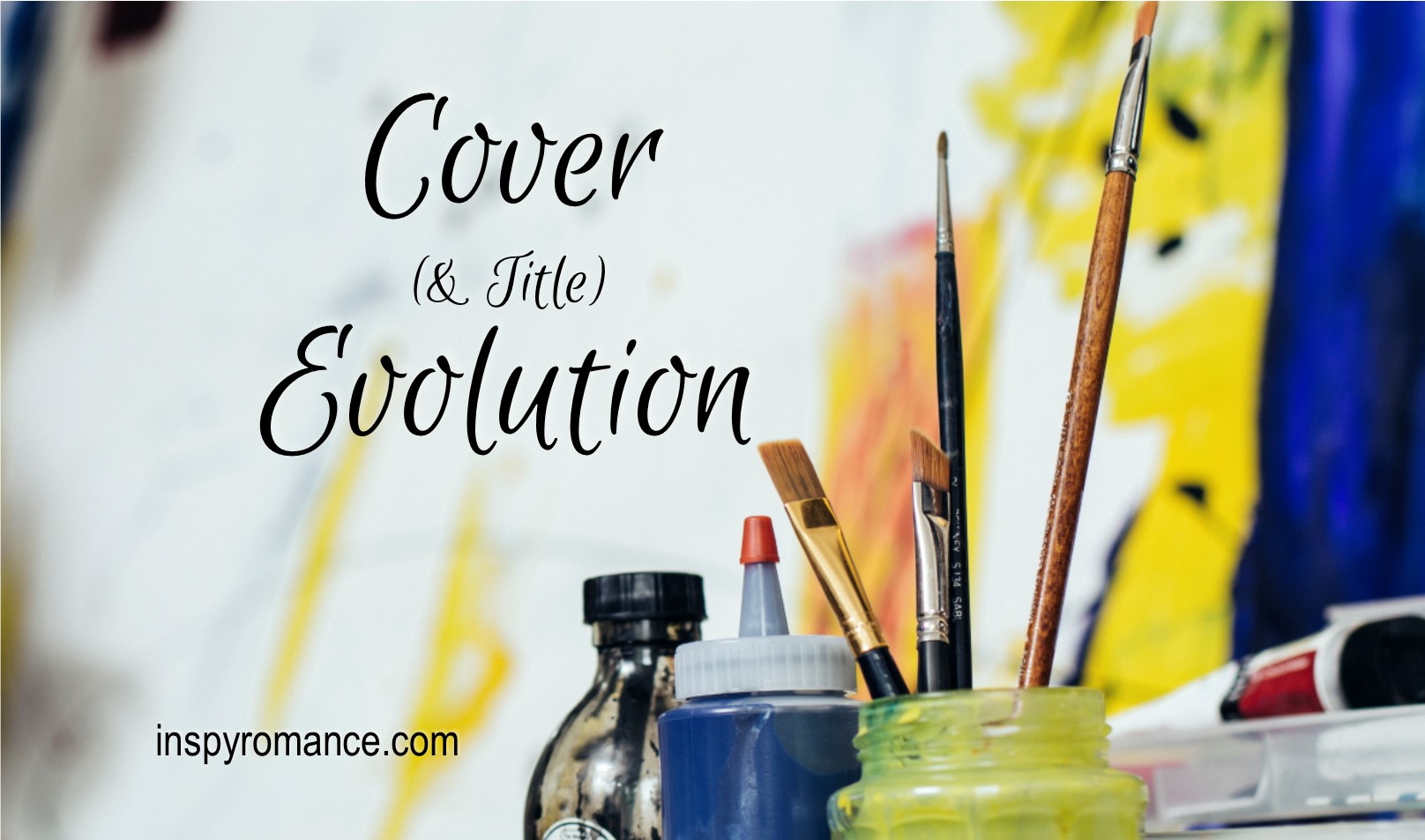 Until my next release!

But whew! What a ride it’s been!

This book has been a long time coming – I starting writing it over a year ago, but the idea had been percolating even longer than that. King Benjamin showed up about 18mos ago and surprised me with how little I knew about him.

But I found a picture I decided was absolutely perfect for the cover. I even had a title for it… 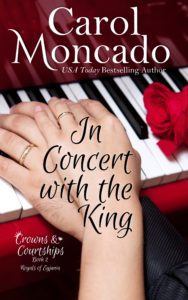 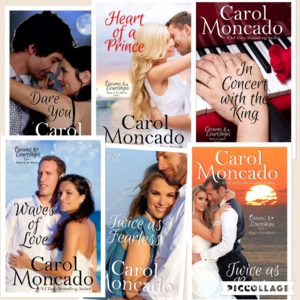 You can see that not all of those covers actually made the cut anyway, but they were some of the ones I was working on. (Most of the titles didn’t make the cut either, but they were mostly placeholders at the time).

So I needed to go a different direction, but I LOVED the red piano.

Okay. Cool. I have PhotoShop. I can make a piano red (because there is a serious dearth of red pianos on the stock photo site I use).

Eventually I found this series of pictures… (Keep in mind… this was like April 2017. I started the book during a workshop in May 2017, but didn’t actually write it until November 2017…) 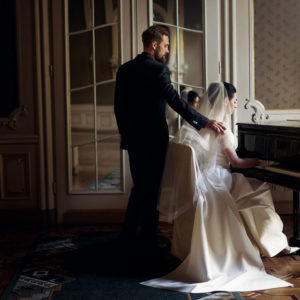 Like this one… Look closely at the mirror. Yep. That’s the photographer… 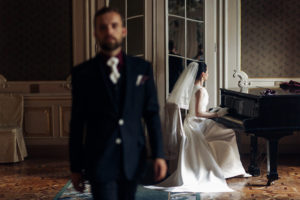 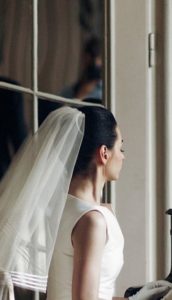 But I did kind of like the blurry Benjamin look there. Notsomuch the photographer in the glass or that you can’t actually see her face. But I DID like this one… 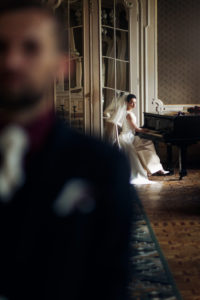 Except when you zoom in enough to see her face, he’s mostly gone, so that doesn’t work. So I fiddled with the other pictures some more… 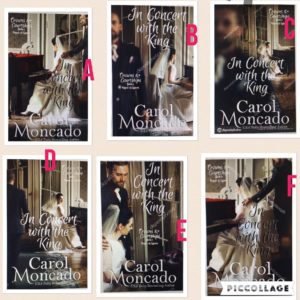 And didn’t like any of them. Sigh. But, I do have PhotoShop… maybe I can combine a couple…

So that’s what I decided to try. I took the two I liked best…

…and tried to make them mesh. It wasn’t easy. You can tell they’re different sizes, though (thank goodness!) taken from almost the exact same angle. I had high resolution images so I just had to find a way to cut her out of the picture on the left and replace her with the her on the right…

Turns out making the piano red was the easiest part of this exercise (by far!), and I spent HOURS getting the pictures cut out right and then lining them up correctly. 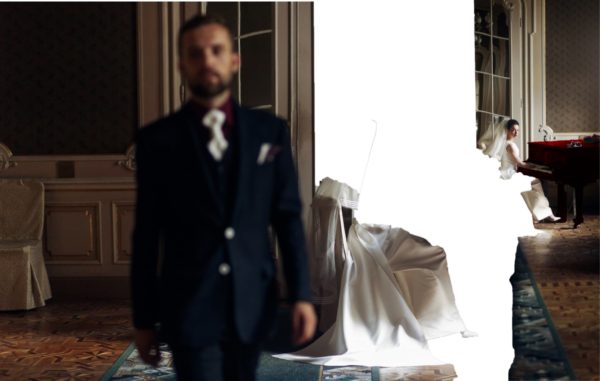 That’s what they looked like (more or less) when cut out but not smushed together. Eventually, I managed to create this… complete with red piano… 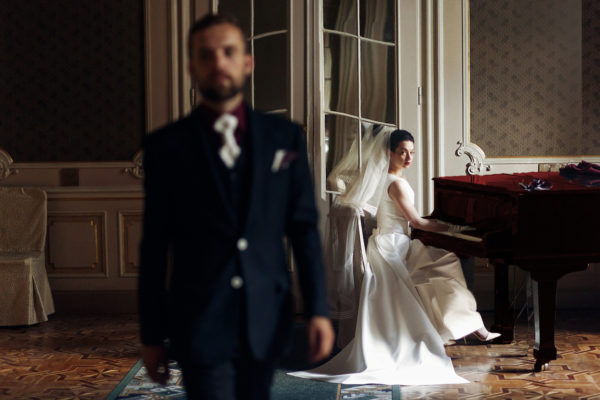 If you look closely enough, it’s not perfect, but it’s pretty close – close enough for me! So yay! Cover is done! Right?! 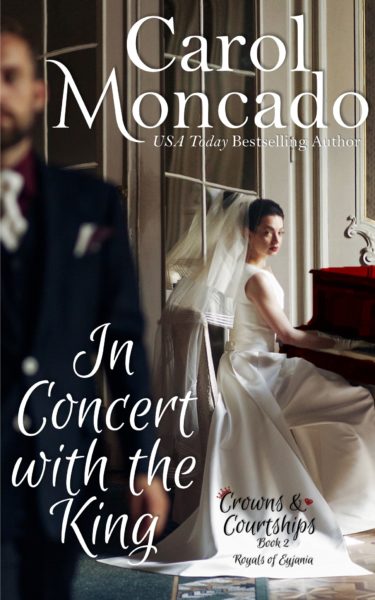 Er, no… I fiddled with it, mostly moving the title and such around. I even had a version I really liked (that may or may not be it :p). Then I started my annual November blogging month and wanted to use a different picture for the blog instead of this one that I worked so very hard on, saving it instead for the cover reveal. (You can see that post here.) I had no intention of changing the cover. 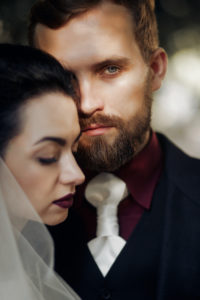 But then it grew on me… He’s so moody and she’s not real happy to be there, which fits. But I didn’t love their skin tone or the background next to Benjamin’s ear (couldn’t get the words visible right for the series logo). So a little more tweaking and… 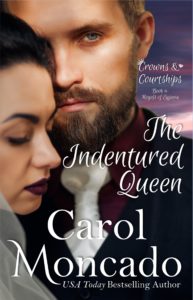 Cover! YAY! The Indentured Queen releases July 10. I’m super excited – and super nervous at the same time. When a book is anticipated like this one is (at least by me and at least a few readers – or so they tell me :D), it’s nerve wracking. What if it doesn’t live up to the the expectations? What if Benjamin isn’t redeemable? What if no one else likes him by the end of his story? These are the things that cause nausea for an author the week or so before a book releases ;). Or even longer if we’re being honest.

After all the hours working on the one with the red piano, I am using it on the back cover. It’s also been part of some memes and marketing stuff, so it wasn’t a total waste ;). 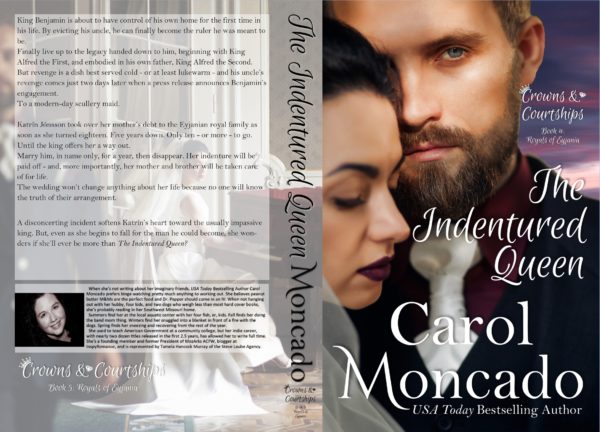 Meantime, I’m working on the sequel. It should be up for preorder before The Indentured Queen’s July 10 release date. To be among the first to know – and get special preorder pricing on it – be sure to be signed up for my newsletter* or be a member of the Serenity Landing Book Club on Facebook!

Be sure to grab your preorder before the price goes up on release day!

Katrín Jónsson took over her mother’s debt to the Eyjanian royal family as soon as she turned eighteen. Five years down. Only ten – or more – to go.
Until the king offers her a way out.
Marry him, in name only, for a year, then disappear. Her indenture will be paid off – and, more importantly, her mother and brother will be taken care of for life.

The wedding won’t change anything about her life because no one will know the truth of their arrangement.
A disconcerting incident softens Katrín’s heart toward the usually impassive king. But, even as she begins to fall for the man he could become, she wonders if she’ll ever be more than The Indentured Queen?

*Right now, newsletter subscribers get a special thank you! A free download of Love for the Ages! It’s the story of King Benjamin’s mother and father when they first meet!