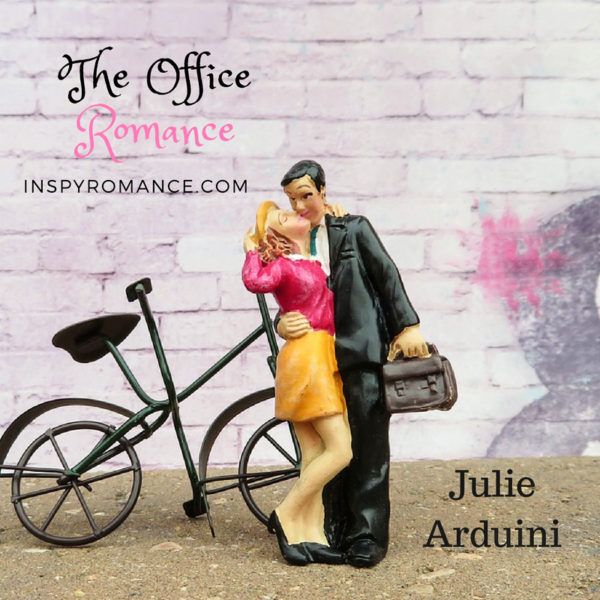 With summer winding down, I’m finishing up a middle grade novella with our teenaged daughter, but I’m already gearing up to start my rough draft for my newest contemporary romance series, Surrendering Opinions.

This will be a 6 book series about “The Connor Six,” sextuplets kept in the national spotlight because of tragedy. Each sibling will have their own story, and the first book, Anchored, is about the oldest, Jordyn.

Jordyn wants to honor her mother’s memory by pursuing a career in broadcast journalism, but she’s driven by much more. Her eyes are set on the national scene where her “Aunt” Julia is one of America’s treasured icons. Problem is, Jordyn is at the local level, going nowhere.

She also feels responsible for watching out for her other siblings and her dad, now remarried.

I’m still plotting this out, but one thing I know, there will be an office romance. I thought this was a plot that might be in danger of overuse, but when I tried to think of books and movies that used this device, I came up with almost a blank.

The one that popped up first was a movie, The Proposal. I am a sucker for this Ryan Reynolds/Sandra Bullock flick about a horrible mean boss who manipulates her assistant into pretending to be her fiance. The conflict is off the charts, but the sparks are there as well. What made me love this one is with excellent character layering, we learn why the boss is the way she is, and instead of hating her, we root for her.

In Anchored, my plan is to have colleagues clash, and that’s where I’m coming up empty thinking of other books, TV shows, or movies that have used the same idea. An easy one is Jim and Pam from the American version of The Office. They didn’t clash though, but they worked in the same environment. I could say Superman, but it was Lois and Clark who fought for the stories at The Daily Planet. Ziva and Tony on NCIS, but their romance finally came into play once the actress who played Ziva left the show, and they wrote the romance in. I think there are detective shows out there, but usually it is a detective falling for a client, or a boss and employee, a la Moonlighting.

When it comes to books, I remember military romances where the husband passes and the widow falls in love with the best friend that promised to protect her. The construction worker who tries to deny his feelings for the woman who lives at the house he’s fixing. The doctor who finds much more after saving the life of a patient. The teacher and the single dad struggling to raise the child who is acting out in class. I can think of plenty of those work-related plots, but the actual work romance? Maybe it isn’t as used as I thought.

Can you think of anything that is an office romance featuring colleagues, whether doctors, teachers, lawyers, police officers, soliders, or broadcast journalists? What kind of conflict do you like to see with this type of love story? I have ideas already forming, and I’m excited to get started.

If you want to have a head start on Anchored, I added a series prologue at the end of Engaged. My hope is to share that here soon, but as soon as I released it, my laptop died and that was one of the very few files I had not backed up, so I’ll have to re-type it from my own copy of Engaged! Maybe while I do that, I’ll watch The Proposal…