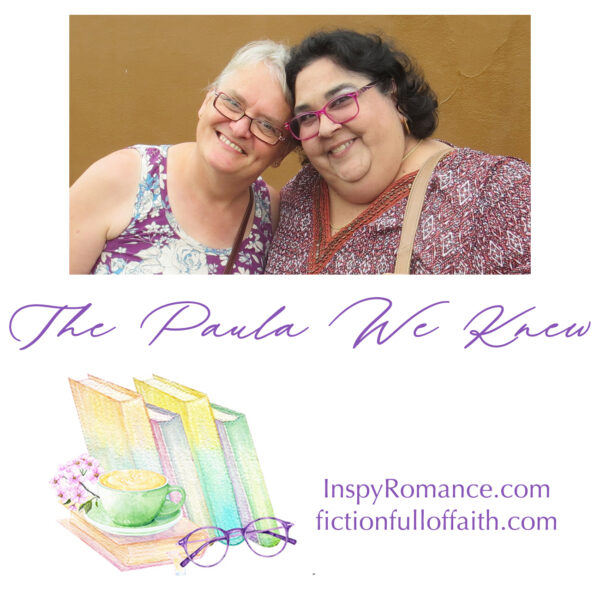 Some people make a lasting impression in our lives, am I right? Paula Marie Dye was one such person. Many of you knew her (or of her), and many of you may know that she entered heaven’s gates on August 5.

She was quite private about her health struggles for the past year. She spent much of September, 2021, in the hospital, and never really got better. She spoke to me several times over those months saying she thought she was going to die. At first, it was with panic, then with resignation, and then, maybe, with acceptance and even anticipation.

Paula was a great lover of Christian fiction and an encourager of Christian authors. She dearly wanted me to write more stories set on Green Acres Farm, the setting of my first series, the Farm Fresh Romances. She loved the spin-off Urban Farm Fresh Romance stories and saw a kindred spirit in Marietta, the matriarch of the Santoro clan (she guest blogged about it here). But she still wanted more Green Acres!

Last fall, when Paula was so sick, I asked her if I could name a character after her. We chatted and decided that, in my new/upcoming Farm Fresh Market Romance series, Paula Dye would be the farmers market manager and a secondary character throughout.

I invited Paula to tell me about her character’s background, age, marital status, personality, etc. We picked a stock photo together depicting Fictional Paula. I couldn’t promise that Real Paula would always like what Fictional Paula would say or do. I’m not a deep plotter. Characters come alive as I write, and I knew this character wasn’t truly her. I needed to be free to let her reveal herself as I wrote. 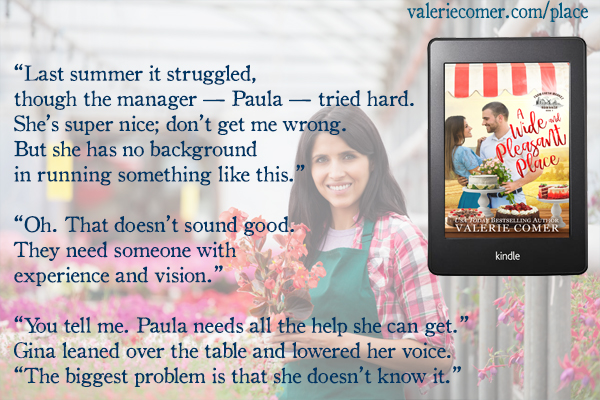 Then, because Paula wasn’t sure she’d be alive when A Wide and Pleasant Place would release, I sent her the chapters as I wrote them. I’ve never done this before (let someone read the work in progress) and I probably never will again. But, it gave Paula something to look forward to when she was struggling. She enjoyed the scenes with Fictional Paula in them.

I won’t even start writing the second book in the series, A Green and Vibrant Hope, until the new year. I’m sure I’ll shed a few more tears as I write Fictional Paula into many scenes in the new story. Fictional Paula will need a happily-ever-after all her own, I think, but perhaps not the same one as Real Paula, who is now dancing at the feet of Jesus, gone from Time and ushered into Eternity.

Readers, have you ever worked with an author to create a character? Have you ever had a character named after you? Do you wish authors would invite more of that collaboration? Let’s chat in comments!