When I look out the window of my writing room, I can just see a portion of the back of a house on another street. This morning, I noticed two men removing the siding, and guessed they must be getting ready to add on a room. Why else would they remove vinyl siding? It’s meant to be permanent, isn’t it?
I thought about it some more and decided that there could be other reasons. Maybe the homeowner discovered something destructive hiding underneath the siding, like termites, or rotten wood. I have heard tales of carpenter ants that give me nightmares: 2 x 4s that look strong and sturdy but are actually nothing more than a shell, the inside hollowed out by ants. Just because the outside looks good, doesn’t mean there isn’t something bad hiding on the inside.
People can be the same way. Have you ever met someone who made a wonderful first impression, and later learned that he cheats on his taxes, or his wife? Or that she abuses her children and shoplifts for fun? Maybe you found out that your best friend wasn’t keeping your confidences, or realized that she’s only friends with you for the services you provide. It’s not easy to see beneath a phony veneer – at least, it’s never been easy for me! 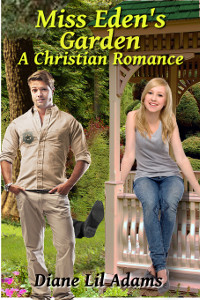 Sunny Eden has the same problem. She thought Ramsey was a nice guy, back when she was a teenager visiting her aunt. Once she realized that she had been fooled by his party manners, she made it a point to avoid him … for years. Ramsey Lynch changed his mind about Sunny that same day … and resisted her aunt’s attempts to convince him it was all a big misunderstanding. When Sunny moves to Joshua’s Junction permanently, it’s an opportunity for both of them to take a second look. If only Sunny hadn’t discovered a dead body in her backyard. If only Ramsey wasn’t so determined to prove himself a good deputy …
What about you? Are you a good judge of character? Can you see beneath the tough outer layer to the gentle soul within? Or are you more likely to trust that criminal hiding behind a friendly smile?