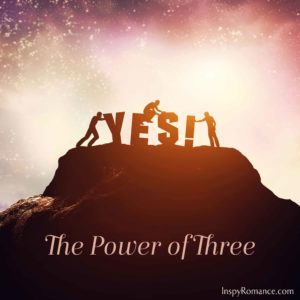 We’ve all heard and seen and read about it…and I just did it! Some call it the Power of Three, others the Rule of Three. But by whatever name you refer to this phenomenon, things that come in threes certainly seem to be way more effective and memorable. A sequence of three seems to stick in people’s heads.

We have it in mathematics. The Oxford Dictionary explains it as, “A method of finding a number in the same ratio to a given number as exists between two other given numbers.” Well, I’m totally lost there already, but then I never was that good at mathematics. I do remember this, however—3³ or 4³, which simply means 3 x 3 x 3 or 4 x 4 x 4. We also find this power of three in the geometrical structure of the triangle.

It’s all over in marketing—three choices or points resonate with the human brain. Three is the magical number of choices. Three key points work better than two or four.

It’s predominant in sports and contests—1st, 2nd, and 3rd place; gold, silver, and bronze medals. There are no prizes for anything beyond three. 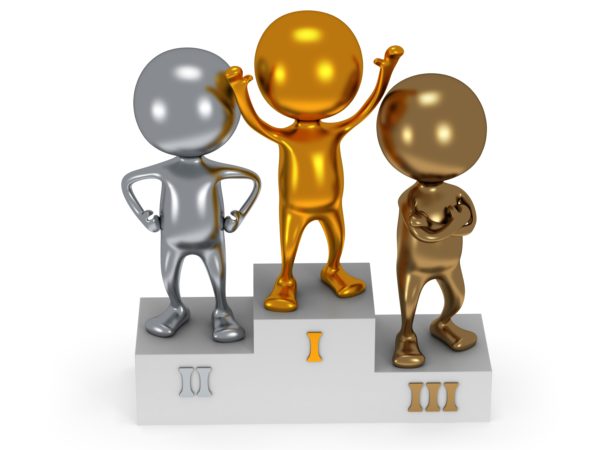 We find it in English in so many ways. Good, better, best. Past, present, future. Before, during, after. Three parts of a sentence used together for the purposes of rhythm, emphasis, and rhetoric. Write it, emphasize it, say it again!

We find it in literature and stories: Three Musketeers, Three Stooges, Three Little Pigs, Three Blind Mice, Goldilocks and the Three Bears (three chairs, three porridge bowls, three beds, three bears). The three-act structure in storytelling demands a beginning, middle, and end. Even our romance stories have a hero, heroine, and usually an antagonist (someone getting in the way of their budding romance).

Just look at some of the most famous quotes and sayings, and you’ll see that we find the Power of Three in all walks of life— Stop,  look, and listen; Location, location, location; Blood, sweat, and tears; I came, I saw, I conquered; Friends, Romans, Countrymen; Government of the people, by the people, for the people; Life, liberty, and the pursuit of happiness; See no evil, hear no evil, speak no evil (the three wise monkeys). Even meal offerings are grouped in threes, eg. Ham and cheese on rye, fish and chips and vinegar. 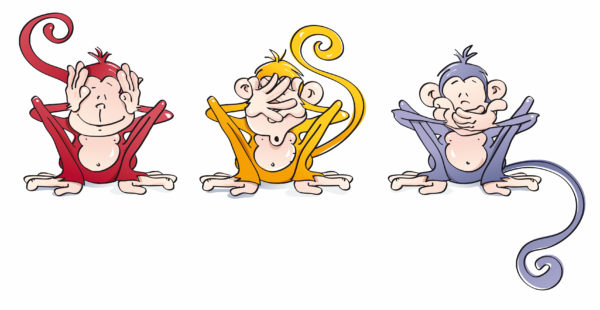 Even in the world of comedy, the Rule of Three works by establishing an idea, reinforcing that idea, and then having something unexpected, weird, or contradictory happen.

Now you might be wondering why the Rule of Three is so powerful. That’s because it’s the way humans process information. We’re proficient at recognizing patterns. And what’s the smallest number of elements you need to create a pattern? Yes, you guessed it—three! So PATTERN + BREVITY = MEMORABLE CONTENT.

I have my own little Power of Three going on in my Potter’s House Books—Restoring Faith, Recovering Hope, and my newest release, Reclaiming Charity. I do hope you’ll get to read this series of three books. 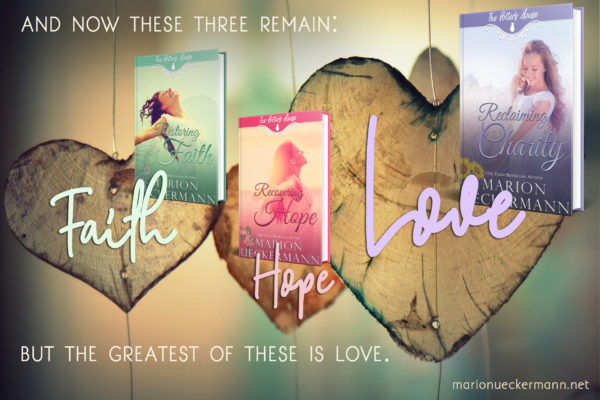 But I’m not the only one to have published stories in the Potter’s House Books—six other authors have also released three stories each in this wonderful series of hope, redemption, and second chances stories. AND, all 21 books are on sale until today (some, maybe all, might be on sale a few days longer). Only 99c per book, so don’t delay! You can find them all on Amazon at The Potter’s House series page.

In closing, I’d like to mention that the triquetra is a Celtic symbol that symbolizes the Power of Three—that’s why Autumn Macarthur, Alexa Verda and I chose it as our Facebook avatar for our book club, Three Authors and a Blogger. Pop on over, become a member, and enjoy the fun that we have there every week, plus one week a month we have a book club. AND we have a birthday club—sign up to that and get a solo e-book of your choice from each of the three authors on your birthday. 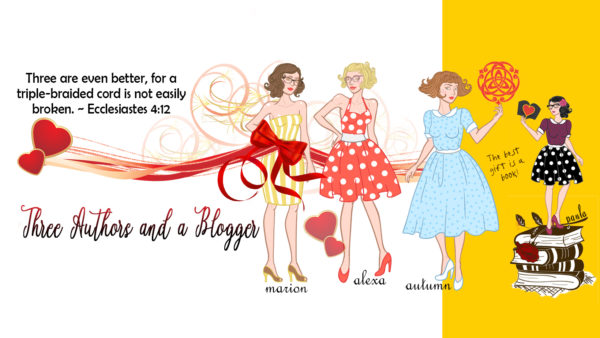 Speaking of giveaways…I’ll be giving away not one, not two, but THREE copies of my latest release, Reclaiming Charity to three readers who comment on this post by next Friday, May 10th.  After all, there’s power in three!