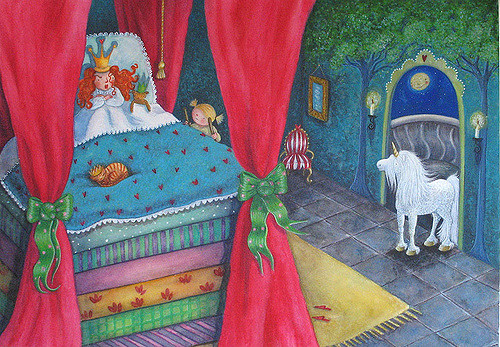 Photo by Sweet Pea Illustrations via Flickr, used with permission

I always loved reading fairy and folk tales as a child, and as an adult too!

As I made the bed the other day, I remembered the story of the Princess and the Pea. How the prospective mother-in-law set a test for the potential brides her prince son brought home, by stacking up 40 mattresses and putting a dried pea under the bottom one. The girl who complained of a bad night’s sleep was the one she allowed her son to marry.

The moral of the story was that the girl with the sensitivity to feel the pea was “the One”. I wondered about that even as a child, because surely a well-brought up young princess would be taught not to complain about uncomfortable mattresses when visiting a queen!

But maybe the queen was wise enough to know that it’s not just sensitivity that’s needed. Being sensitive to slights and discomforts can make for a very uncomfortable marriage! Maybe what the queen wanted for her son was a woman who wasn’t afraid to tell the truth. Maybe she’d learned from her long marriage that the only way to resolve issues between partners was to discuss them, not to be too polite to even mention them.

But discussing them isn’t always easy, most of all when emotions and disappointed expectations get involved.

The Bible says, “When you are angry, don’t let it carry you into sin. Don’t let the sun set with anger in your heart.” (Ephesians 4:26, VOICE) 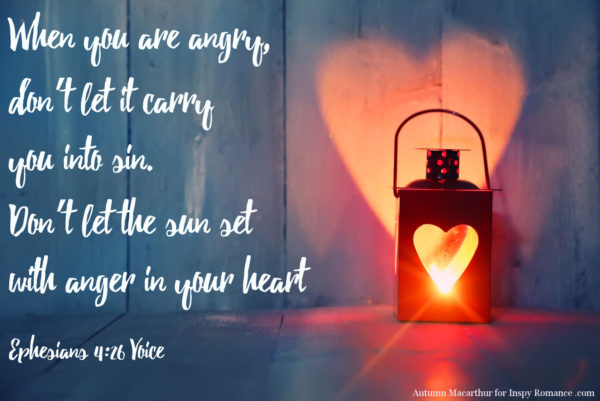 This is a lesson Maddie, the heroine of the story I’m almost finished writing needs to learn. If she’d spoken up more, maybe her hasty marriage wouldn’t have ended in divorce.

At eighteen, the shy country girl fell in love with handsome city boy Brad in a whirlwind vacation romance, married as soon as he finished college after a long distance courtship, and then tried her best to be a good wife.

Too good! She didn’t know how to tell this near-stranger she found herself married too what she wanted or needed from him. He assumed he knew, but his desperate housewife mother and his father’s serial marriages hadn’t exactly given him the best of role models! Especially when it came to the meaning of commitment.

Instead of being a good wife, Maddie became a good doormat, as her resentment built a wall between them. Instead of being a good husband, Brad escaped into work, where he knew exactly what was expected of him and felt respected. He was a good provider, but rarely home, even when she needed him most after their son was born.

Now, months after their divorce gave him the wake-up call that turned him back to God, Brad wants nothing more than for them to become a family again. This Christmas, he hopes to prove to Maddie how much he’s changed. But he still needs to learn more about what God wants from him as a husband and father, and how to show Maddie he loves her.

And Maddie needs to learn even more. How to let go of her resentment and unforgiveness, and how to speak up for what she wants and needs. At the start of the story, she’s just like those princesses who had a bad night’s sleep on the bizarre forty-layer bed but were too polite to say so. They missed out on the chance of a happy-ever-after with the prince. Maddie did too, choosing divorce rather than working to make her unhappy marriage better.

Unlike the other princesses in the fairy take, Maddie gets given a second chance!

In our own lives, finding the balance can be tricky! This is something I’ve struggled with in my marriage. I’m no doormat, far from it. That’s the trouble! I’m naturally red-headed, bossy and strong-willed! With God’s help, I’ve had to work on that, and learn to manage my anger. And especially how to show my husband he’s respected and appreciated, even when I don’t agree with him!

Anyway, I’d love to know what was the biggest communication lesson you learned in your marriage (or other relationships) that you wish you’d learned sooner?

Or, just for fun, what was your favourite fairy story or folk tale from childhood, and why?

One comment made before September 2nd will be chosen at random to win the ebook of their choice from my current releases (excluding multi-author sets).

And if you’d like to read Brad and Maddie’s story, Calm & Bright, it releases first in the Candy Cane Kisses boxed set, publishing September 27th and available on preorder now! 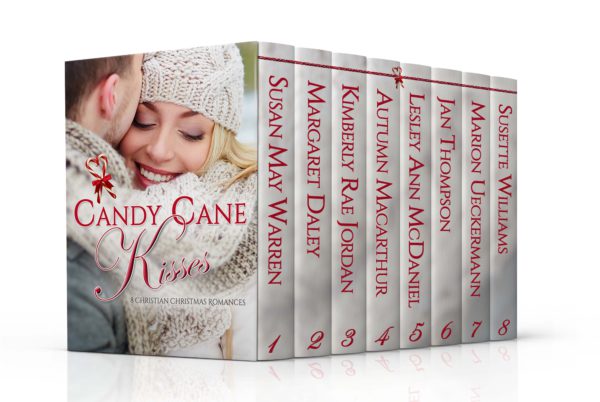