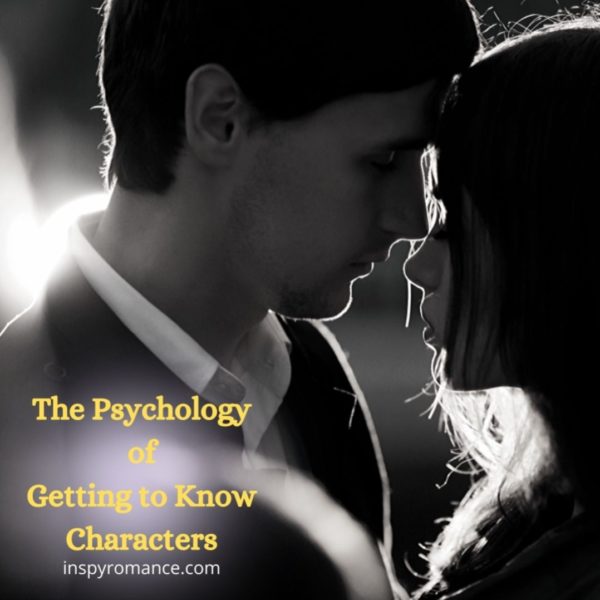 So, my blog this month stems from a couple of questions I got from my Facebook group, Staci’s FAN-tastic Readers,

The first comes from Christina Jay:

“Maybe not much of a question, and it’s something you’ve talked about a bit here but you have really dug deep into psychology with the Imagination Series and made some difficult concepts easier to understand. Have you studied psychology?”

The second comes from Kathy Gilbride:

“How do your characters tell you their story? Do you just know their personality and they take you where they want to go? Or do you already know what their story is before you start writing? I’d love to hear your process for writing a book!”

I thought I’d try to tackle both questions at the same time because there are a lot of overlaps in the answers to them.

Psychology was one of my first loves when I got old enough to start trying to figure people out. In fact, when I was a junior in high school, my plan was to study psychology in college. Then I got talked out of that and into teaching because others were afraid I wouldn’t be able to separate my heart from my work.

So, my love of psychology went temporarily into hibernation although I honestly think it never really went away. It actually just shifted for a time. I took psychology in college and loved it. Then I watched others who were in psychology as a field, and I realized there are many parts to the field of psychology that don’t mesh with who I am. For example, I don’t like the emphasis on diagnosing everything as a disorder. Are there genuine disorders? Sure. But by and large, I think that we all have issues and things we need to work on and through. Putting a label on everything is not my idea of productive.

However, the thing I never lost was my love of delving into who people are and what makes them tick. I love the ideas of backstory and process and learning and growth. I love to see how people tackle life (or not), how they choose what they choose and why. I love working through the process with them as they confront the consequences of their choices and learn lessons on a deep, deep level.

I think for me, one of the things that happened was that, along the way, I started looking at psychology through a spiritual lens. I read tons of books—some secular psychology, some spiritual. I saw the similarities and the gaps. I saw the inherent complements, so that questions that appear psychological are best answered in the spiritual.  As I read and wrote, I began to see patterns in my characters, and I began to truly understand them not as characters but as people with real problems.

This morphed into longer books with more in-depth story and character arcs. I had to up my game both in the learning realm and in the how to get to really know someone realm. So, to Kathy’s question, I think the answer is that I genuinely love to get to know people, characters included. Very rarely do I know “everything” about them when we start, and when I think I do, I’m often wrong. My characters often surprise me in the course of writing their stories.

In fact, I often get to know my characters just as you do—through spending time with them. I see them when they are with friends, with parents, and alone. I start to form understandings based on the time I spend with them in different environments and situations. I see the inherent inconsistencies of who they are alone vs. when they are with different people, and I start asking the questions I always ask, “Why are they doing this? What does this mean? How does this fit? What doesn’t fit, and why doesn’t it fit? What are they not telling me? What else could this mean?”

Basically, I get to know them as I write their story.

This is not a straightforward or clean process. Just like in real life, there are roadblocks and things that just don’t make sense… until they do. 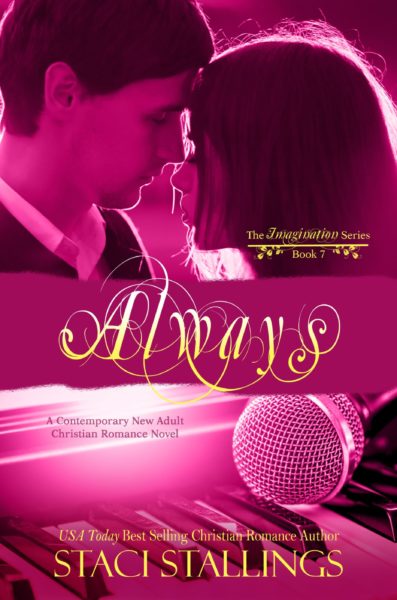 When I start to write a book (a first book in a series or standalone), very often I don’t know much of anything. I might know a name or a very basic plot of the story. Many of my stories have come out of dreams I’ve actually had and latched onto because the basics were fascinating to me. Then, I start somewhere, write and try to figure out what I don’t know.

Doing this has resulted in some very interesting twists and turns—like Jake in More Than This who turned out to be dyslexic 50 pages in, or Kalin in Lucky who refused to tell me what had happened in his backstory until page 350, or Taylor in the last of The Imagination Series, who eight books in STILL hasn’t revealed what’s driving her.

I think that is one thing I’ve learned is how closed some people really are. It’s like they have been hurt so badly that they’ve just closed down what is most them. A lot of times, they aren’t even being real with themselves much less anyone else.

What I’ve found is that the place people like this can find hope and healing is in the midst of God’s unconditional love. The point of psychology was supposed to give people a safe place to sort things out, and I hope and pray for many that actually happens. But, in my experience, all the talking around and around a problem will do nothing until you can trust enough to get to-the-bone honest about what’s really going on—maybe even about things you’ve never admitted to yourself. Most of the time, that takes the safety of God’s love to really get there.

So I guess that’s my answer to both questions. I’m called to psychology, but God saw fit to take me around another way. His way.

And I’m so glad He did because of the amount of healing I’ve seen Him accomplish through me and my writing.

Okay, InspyRomance readers, now it’s your turn. Do you have any burning questions you’d like to have answered? Ask away!