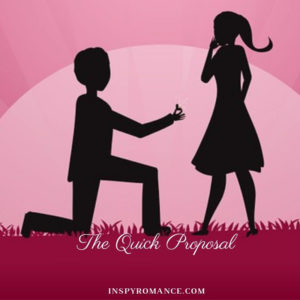 If you’re a parent, have you experienced a moment where your kids remind you of your past choices? Humbling, isn’t it?

Last month we were in Upstate NY visiting family and our son brought his girlfriend with him so she could meet his grandmother and see the hills of Upstate NY that we don’t really have in Ohio. The girlfriend fit in immediately and enjoyed all the games and jokes we tend to play when we’re together. At one point, our son bent down to tie his shoe, and in doing so, he looked like he was on one knee, Jokester that he is, he decided to pause and gaze up at his girlfriend.

We laughed because we knew it wasn’t real, but I let him know it was way too soon for them to think about it.

He stood and wasted no time speaking truth. “You and dad were engaged three months to the day you started dating.”

I forgot that part! He hadn’t, and of all things, their three month anniversary was during the NY trip.

Once I recovered from the shock, I reminded our son a few things differed between his father’s proposal and the thought of our son doing the same. One, I was twenty-five, a college graduate, and I had a steady job in my field. I was living on my own. I was marrying someone ten years older who was secure in his career and had a lot of life experience behind him. My son, although much more solid in his faith than we were, is still in college. Just turned twenty-one. She’s younger. Her faith is new. And right or wrong, somehow as the parent it just seems so different.

September 15 is the day Tom proposed to me, way back in 1995. I knew the proposal was coming, I just wasn’t sure when or how he’d pull it off. We lived an hour and a half away from each other, so as soon as he got to town after work, he visited my parents and asked for their permission. My dad was the supervisor for the highway department, so he went to bed early out of habit to wake early and check roads. Tom woke my dad up, only increasing his anxiety. My parents weren’t known for humor, but that night decided to tease Tom with a long pause before agreeing to give a blessing. By the time he got to my apartment, I was with two teen sisters who had special needs to give their dad respite. Tom didn’t care he had an audience, he proposed right in front of them, and my roommate. 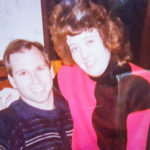 We waited, at my insistence, to marry until August 31 of the next year. Because the proposal happened so quickly, I wanted to take that time to really plan and get to know each other better. I was also nervous, not knowing at the time the Lord had a lot of healing in mind when it came to trust.

In my writing, my proposals have varied in time. I won’t say too much in case you haven’t read Entrusted/Entangled/Engaged, or the stand-alones, Match Made in Heaven, and the November re-release of Restoring Christmas, but one courtship was pretty fast. Another dragged on a bit, one character more than willing, the other making it difficult for the engagement to take place. The others I believe dating went on for bit before a proposal. Just like real life, a little variety.

If you’re married, how long before your proposal? Married or not, what are your favorite proposals in reading? A quick courtship and fast proposal? A longer season of dating before a proposal?

I thought since this is my proposal anniversary month, I’d celebrate with a giveaway. I’ll choose one winner to receive Match Made in Heaven. US winner can choose print or eBook. International winner will receive eBook through Amazon.