Now three men occupied her thoughts when she was alone. Two of them didn’t want her, and the other was dead. 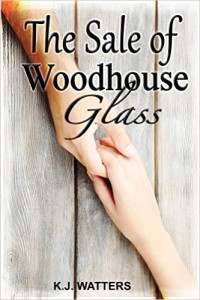 Kali Woodhouse has a lot on her plate. Recently widowed, she has taken over running Woodhouse Glass, the business her husband once operated. Her two young children need her now more than ever. She’s still trying to find a way to work through her grief, and she’s growing increasingly lonely. Is it possible to find love again?

The two men who begin vying for Kali’s attention are also part of her past. Parker Williams played a recent role in Kali’s life that her son can’t seem to forget, and Spencer Price was the man who had sent her through a million emotions back in high school. Parker is the sort of guy little girls dream of meeting one day. Spencer is the type of guy whose past makes mothers cringe.

One of my favorite passages was the first date between Parker and Kali. She was nervous when he picked her up, and found herself chattering nonstop:

“I was wondering if I was going to get to ride in a police cruiser tonight, but I guess I won’t get to cross that one off my bucket list.” Kali heard her voice again, nervously jabbering against her will.

Parker didn’t seem to mind following her rambling conversation. “I don’t drive it home. But I could probably arrange a ride if it means that much to you. A bucket list item is a big deal.”

“Well, maybe my list is too long. It also has ‘grow a prize-winning pumpkin,’ ‘fold a thousand paper cranes,’ and ‘catch a seagull.’” Luckily, Kali’s imagination kept pace with her mouth.

“I might need to rethink my list. I’m really not sure how I could have overlooked those.”

Between dating Parker and having Spencer work for her at Woodhouse Glass, while Kali should be figuring out what she wants for her future, she is becoming more confused by the moment. Is it possible to have feelings for two very different men? And in a world where she isn’t sure she can find love again at all, dare she give either of them a piece of her heart? 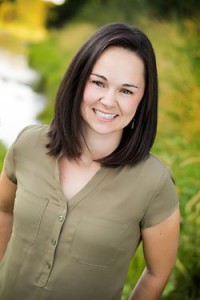 In her debut novel, K.J. Watters succeeds in accomplishing something that I’m not sure I’ve come across before. I was confused. Not by the writing, because it was well-done and seasoned. Not by Kali’s reactions, because the emotions and subsequent scenarios that followed were natural and told a beautiful story. In following the path of Kali’s life, though, I found myself wondering what to do right along with her. I couldn’t fault her for not knowing which man was right for her, because I didn’t know myself. And when I did finally get to the point where I felt one man would be better for her, I crossed my fingers and hoped she would see it my way.

The Sale of Woodhouse Glass is emotional, witty, intelligent, and romantic. When the last few words in the book are so well thought out that they tie everything together in a nice, perfect bow, that lets me know the author took pride in the entirety of the story. Well-placed payoff phrases throughout make this a novel that shouldn’t be missed. And now that you know my feelings, maybe we should get some insight from K.J. Watters about her novel.

When and how did you come up with the idea for The Sale of Woodhouse Glass?

KW: Ever since I was a kid I’ve been writing the beginning of stories which I never finished. About six years ago I was itching to write and the old “write what you know” advice kept popping up. At the time, I was a stay-at-home mom with three itty-bitties. That craziness consumed my whole life, so I wrote about that. Of course, that is pretty boring and a little too real, so I had to kill off Kali’s wonderful husband to make it interesting. Ultimately, the beginning of the book didn’t make the editor’s cut so you don’t really see that part of it, but that’s how it all started. (Email me after you’ve read the book if you are interested in reading some of those deleted scenes—some of my favorites!)

In keeping with tradition, I lost momentum and left Kali (my working title) to rot in the pile of unfinished manuscripts on my hard drive. It sat untouched for years while I blogged and used facebook status updates to fulfill my need to write. One day I randomly went through my old “starts” and picked it up. With the encouragement of a friend who read it bit by bit as I wrote it, I finally managed to finish a story.

Do you recognize any of yourself in Kali?

KW: No more than the other characters. They are all a reflection of me to some extent, since I created them, but it’s just a snippet of a trait here and there, mixed with a lot of things that are nothing like me.  I identify most with Rachel, although you don’t get to know her as well since she isn’t a main character. But trust me, you’d really like me…I mean, her.

Did you know how the entire thing would play out, or were there things that surprised you?

KW: For me, writing is a lot like reading. You might have a general idea of what is going to happen, but a lot of it unfolds as you go, and every once in a while something really surprises you. It just takes a lot longer to write it than to read it.

One thing that surprised me was that my characters didn’t turn out to be the exact people that I imagined they were at the beginning, to the point that it affected Kali’s choice in the end. In one of the Anne of Green Gables books Anne says that her characters were refusing to do what she wanted them to do. It sounds ridiculous, but they really do take on a life of their own.

Based on that vague description, my brilliant sister was able to locate the passage for me to share with you. It’s from chapter 12 of Anne of the Island:

For the next fortnight Anne writhed or reveled, according to mood, in her literary pursuits. Now she would be jubilant over a brilliant idea, now despairing because some contrary character would NOT behave properly. Diana could not understand this.

“MAKE them do as you want them to,” she said.

“I can’t,” mourned Anne. “Averil is such an unmanageable heroine. She WILL do and say things I never meant her to. Then that spoils everything that went before and I have to write it all over again.”

(Okay, I can’t let that one slide by. Anyone who quotes Anne Shirley is a kindred spirit in my book.) 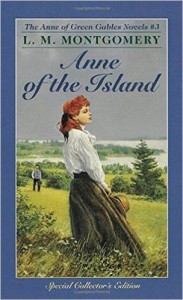