On a recent trip to the Oregon coast I was struck with how powerful the ocean is. While we were there we experienced relatively calm weather on the first day, but the second day the ocean churned. I even witnessed my first sneaker wave that the Oregon coast is so famous for. The water kept coming up until it hit the rocks at the top of the beach. The wild thing to me was that it wasn’t a big wave, it just never stopped until it ran into the rocks. 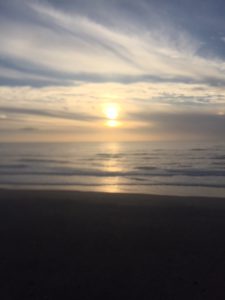 Since we were in a hotel right on the beach, and we had a balcony room that overlooked the ocean. I had time to watch the birds and their behavior was enlightening. What I observed was that when humans stayed out of their lives they behaved very well. They sat on the beach calmly waiting for the tide to change so they could go and hunt for food. I watched them hunt, and they all worked calmly and didn’t bother each other. However, the moment people tossed bread or anything else to them, they turned on one another. They fought and became very aggressive. 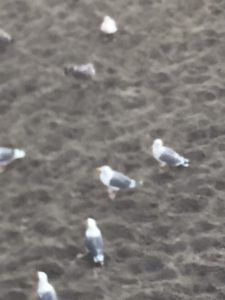 I think we humans can exhibit the same kind of behavior when we think someone else might get more than us or something better, or perhaps get ahead in the drive-up at Starbucks.

True story: we have a Starbucks in the part of town where I live, and people behave like these birds when it comes to the drive up line. I’ve nearly been hit by people so focused on beating me to the line that they ran a stop sign–the irony was, I wasn’t going there. I only needed to cross to get to exit for the main road.

I’ve been thinking about bullying quite a bit lately due to several reviewers comments about my latest release A Christmas Homecoming. 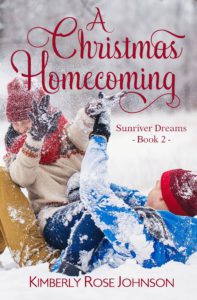 I’ve been touched by these readers comments regarding Bailey. She experienced bullying as a child and on into her teen years. The bullying had a huge impact on how she viewed herself. This aspect of Bailey was inspired by a personal experience, but I made life a lot harder for Bailey. Here is a snippet from a scene when she is reflecting.

Bailey dropped the bags to the floor and rested her head against the closed door. Her heart raced. What had happened out there? It almost seemed as though Stephen had wanted to kiss her, but that wasn’t possible. No man ever paid her any attention, at least not like that.

She caught her reflection in the entryway mirror and sighed. The same boring reflection stared back at her. Large rimmed glasses that seemed to swallow her eyes, a nose too-big, a pointy chin, and protruding cheekbones—ugly, since the day she was born, according to her cousin and her cousin’s friends.

Maybe you’ve been bullied or perhaps still find yourself in this situation, there is help available. I found this site online that lists resources to find help. https://teenlineonline.org/youth-yellow-pages/bullying-2/?gclid=CJiVqNDJyc8CFc5gfgodlQ0BBw

If you’d like to get a copy of A Christmas Homecoming here is the Amazon link: http://amzn.to/2dc0Vfm

Finally, you are the first to know! Island Refuge will be FREE tomorrow through Sunday. And Island Dreams will be on sale. Be sure to check out this series set on an island in the Puget Sound in Washington state. http://amzn.to/1UhHwa4

The comments are open for discussion on bullying, books, or even seagulls. It’s up to you.