Next week, the sixth book in the Crowns & Courtships series releases! YAY! But also… nail biting. Every release is! When I was trying to come up with a blog post for today, I remembered one I did a while back, kind of a deleted scene that happens almost immediately before the action begins in another book – Hand-Me-Down Princess. In both books, I have a couple who really don’t want to get married, and there’s real reservations, based in reality. But they’re royalty. And sometimes you have to do what’s expected of you and pray it all works out okay.

The Spare and the Heir opens the day Crown Princess Esmeralda of Islas del Sargasso and Prince Gabriel of Auverignon are announcing their engagement – if Esme doesn’t talk her mother out of it first. Gabe is afraid she’ll be able to do just that. Before he goes in to meet with them… well, see for yourself. 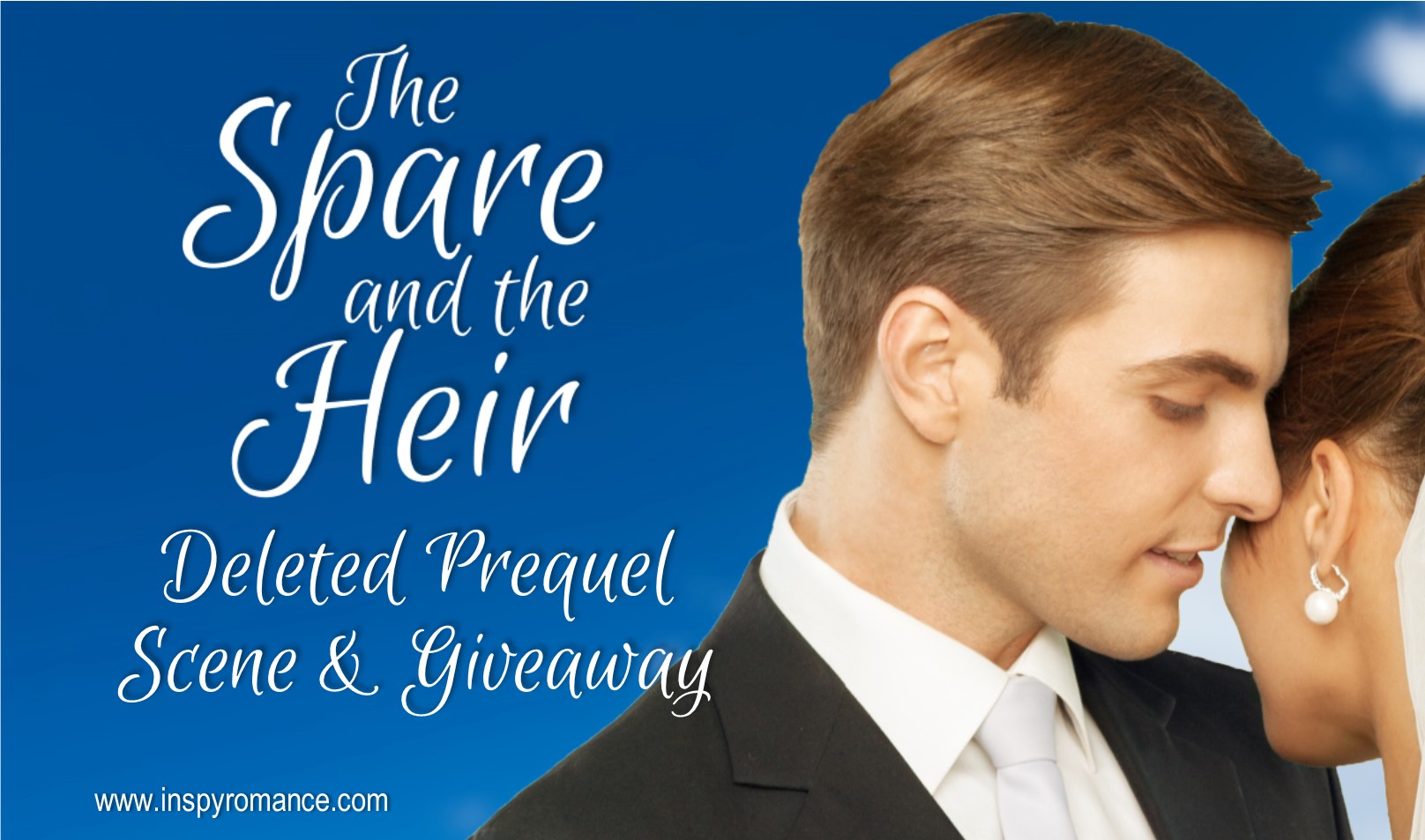 When you’re eighteen, you don’t really think about the consequences of your actions.

Not the long term ones.

And now, one of them was about to stare him right in the face and tell him how much he was despised. Even being a prince wouldn’t save him.

Not when she was already a crown princess.

Queen Carlotta’s assistant had sent him to wait on the balcony outside of the outer office, probably because he couldn’t stand Gabe’s pacing anymore.

He sat on one of the chairs as he pulled the ring box out of his pocket and popped it open.

Would Esme like it? Would she wear it out of obligation to her mother and the public, but not to him?

She’d likely never know, or care, that he picked each stone himself. The center sapphire had been picked first, but he waffled for months on what cut and then which one before settling on this one. Not the biggest he could have gotten, but not small either. One of the ones he’d looked at was nearly fifteen carats, even bigger than the late Princess Diana’s.

It was too much. Esme wouldn’t like it. She’d probably prefer something even smaller than this, but given the surrounding stones, it couldn’t be much smaller.

She’d never know the number of diamonds, emeralds, and purple amethysts were chosen because of their ages when they became unofficially engaged.

Esme had been three.

Gabe was the ripe old age of six.

But when he was eighteen, he made choices that led to being on a palace balcony while Esme was inside, likely trying to talk her mother out of the marriage.

His phone buzzed. “Yes?” He answered despite not recognizing the number.

The San Majorian king? What did he want? Some word of fatherly advice? Gabe’s own father, currently the crown prince of Auverignon, certainly wouldn’t give any.

“How are you feeling about all of this, Gabe?” The king cut straight to the chase, but his concern came through the line. “I heard from Carlotta this was finally happening this morning.”

“Not if Esme has anything to say about it.” Gabe slumped back. “I sowed my wild oats. I’m reaping that harvest now, and for the rest of my life, most likely. From the one person who has the most right to hate me for it.”

His reputation as the Playboy Prince was quite well-earned, and occasionally flaunted, but only in the last few years since he straightened up. When it had been true, there was no need to.

“Esme will go through with it,” Edward promised. “But it’s going to be up to you to convince her you’re not the kid you used to be. That you’ve grown up, straightened up, and will be the loving, devoted husband she’s always wanted, always needed.”

Gabe thought he could do that, but he wasn’t quite sure, and he told the king that.

“You can’t become like her father,” the king said softly. “I know you don’t intend to be, but it would be easy for the difficulties you’re sure to have at the beginning become the norm for the next five or more decades. You are going to have to not let it become the norm. I believe in you, Gabe. Even when you were that guy, at your core, you weren’t. You can do this. You can win your wife over, starting with today when she officially becomes your fiancé.”

“You are not your reputation, Gabe. Be the man of God you’ve become, and you’ll be fine. Esme will see who you are now if you let her, but you have to be vulnerable and let her see the real you.”

Vulnerable? Gabe didn’t do vulnerable. “I’ll do my best.”

“That’s all you can do. Call if you need me. Either one of you can.”

Because neither one of them had fathers who could hold a candle to King Edward.

Before Gabe could say goodbye, the other man hung up.

At least someone believed in him. He stared at the ring a moment longer. Maybe he’d believe in himself before it was all said and done.

The world saw the self-confident-bordering-on-cocky, self assured prince. No one saw the lonely prince who just wanted to love the woman who would become his wife.

And have her love him back.

“Prince Gabriel, the queen and Princess Esmeralda will see you now.” Carlotta’s assistant summoned him.
He stood and put the ring box back in his pocket before buttoning his coat.

Time to convince Esme this wasn’t the worst idea in the world.

Gabe is probably my most misunderstood hero to date. There’s far more to him than meets the eye! I can’t wait for y’all to get to know – and love – Gabe!

The Spare and the Heir releases December 21! It’s still at the prerelease price of 2.99 before going to the regular price of 4.99 after release. As soon as I finish getting this one ready to release, I’m going on a reading binge! Do you have a book you’re looking forward to releasing before the end of the year? One lucky commenter will get a free ecopy of The Spare and the Heir when it releases! 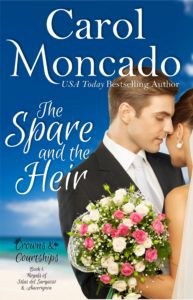 Crown Princess Esmerelda of Islas del Sargasso wants nothing to do with Prince Gabriel of Auverignon and his well-deserved reputation as a playboy prince.

Unfortunately, she’s been secretly engaged to him since she was three.

Her mother, Queen Carlotta, has decided it’s time for the two of them to get married – and Gabriel is all too keen to make it happen. But she saw what this kind of arrangement did to her own mother, and Esme wants nothing to do with it.

For his part, Gabriel has been in love with Esme since he was a teenager and deeply regrets his years of wild oat sowing – even if some of them did serve a greater purpose.

One he can’t tell Esme about, not yet.

He knows, far better than she does, that their fledgling relationship is going to be tested to the hilt as life’s body blows rain down. All he can do is be steadfast in his commitment to her, to their marriage, and to helping her become the queen he knows she can be.

He’s always been the spare.

She was born the heir.

Together, they can form a new dynasty where even arranged marriages can turn into something beautiful.