Sometimes people — not you, of course! — dismiss fiction as being a time waster. Unimportant. Irrelevant. Frivolous. Brain rotting. I hate it when I hear that. Don’t you?

This past month my husband and I watched a show on TV called Hunting Hitler. The premise was that the US government had released documents that showed the CIA had been hunting Hitler in the years after World War II because there were sightings of him throughout Argentina and even into Colombia. The idea was that there was no forensic proof that Hitler died in that Berlin bunker and that the eyewitnesses who’d dealt with his body had, in actuality, taken a body wrapped in rugs and been told it was Hitler.

Now the show didn’t really change our minds on what we’d always learned in history class, but what was interesting were many of the historical facts that the show brought out. Things like how much Spain was pro-Nazi, despite their remaining “neutral” during the war. After watching the show, it seemed very clear that Spain wasn’t neutral at all.

Why would that be? Well, before World War II began, Spain went through a civil war. And Hitler used that opportunity to do a test run, so to speak, of some of his military. He supported General Franco — who ended up winning that war and was the ruler of Spain during World War II.

Some say Franco would not have won without the backing of Hitler and Mussolini.

My husband had never even heard of this Spanish civil war. He had no idea that Hitler had supplied Luftwaffe bombers and other equipment and supplies to Franco. This was all new info to him. But I knew it — because of Bodie Thoene’s Vienna Prelude that I read back in high school. None of that info was knew to me.

This scenario has happened a number of times throughout my adult life. Some little-known topic of history or some interesting tidbit will come up in conversation, and if I knew about it, it was often because I’d come across it in a novel.

I feel like I’ve learned a lot from fiction!

When writing Kept, I did some research on Grant Park in Chicago, the gorgeous lakeside park where my story takes place. And I learned some historical facts about the park that I’d never known. Most of that info didn’t make it into the book, but one new-to-me fact did — that the Chicago Cubs built a stadium in Grant Park after the Chicago fire. As someone who grew up a Cubs fan, I have to say that it doesn’t seem like anyone knows hardly anything about the Cubs pre-Wrigley Field.

So more facts from fiction. 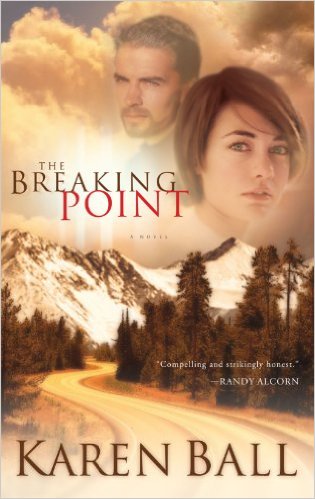 The best and most important things I’ve learned from fiction, though, have been on the spiritual side. I clearly remember reading a Terri Blackstock book where, at the end, she challenged me on whether or not I was spending time in the Bible. Karen Ball wrote an amazing book called The Breaking Point that dealt with a biblical marriage. That was the first time someone ever said to me that marriage was about God making me more like Him and not my personal fairy tale.

That bit of wisdom truly changed my life.

And as the author of Kept, I’ve heard more than one reader say that the book made them reevaluate how they treat the lost, how they’re witnessing to those around them that they’ve always chalked up as too far gone.

What a thrill it is to hear that!

That’s why I love — and write — Christian fiction. Yes, I can share fascinating bits of trivia and history with my readers. Yes, I can learn about things new to me. But best of all I can be challenged spiritually. I can read about another life and see how their struggle might apply to me… and grow from it!

Your turn: have you read any books that taught you new info? That challenged your spiritually? Of course we have to compare the spiritual info in a novel to what the Bible says. That’s always the first step. But I’d love to hear how Christian fiction has taught you and helped you  grow. Do share!