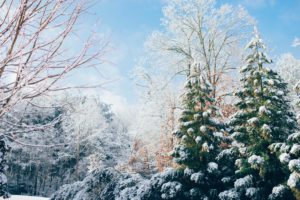 If you’re one of my Facebook friends, you may already know that my winter posts there consist of me criticizing my neck of Kansas for its deplorable lack of snow.

How bad is it here? Guys, we haven’t had snow that covered the grass since March of 2013! That’s almost five years ago.

Five years!!! I’m seriously beginning to think that I live in the Bermuda triangle for snow.

My youngest, who is nine, doesn’t really remember playing in the snow. My oldest has shoveled snow a couple times, but it has been awhile. And while I complain about not having snow and about the very mild winters where we live, I know that if we were ever to move back north, we would be in for the shock of our lives. 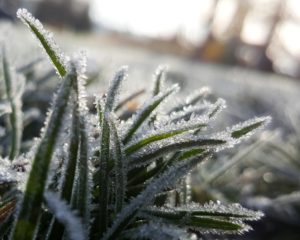 Yes, we’ve gone soft when it comes to winter. And while I really, really do like snow and want snow, I totally do not complain when we get that week in January where it’s fifty degrees. Or sixty degrees. Yep, I can take that all winter long. Unless there’s precipitation coming! Then the temperature needs to drop like a snow-covered ice ball. (But I know it won’t.)

Here’s the thing, though — when I write a book, it takes place in the… summer! Which is pretty much my least favorite season because it gets so hot. But yep, I’m a diehard summer-setting writer. It’s funny what writing reveals to you about yourself.

I’ve also learned that I don’t care for seasonal novellas. If a book is being promoted as a Christmas novella or a spring novel or if the season is being promoted in any way as a big part of the story, I’m not interested.

I’m so strange, aren’t I? I would like to figure out why I feel this way, but I have no clue.

As I was writing this post, I was searching for books I loved that had winter settings. All I could come up with was Vienna Prelude by Bodie Thoene, which is one of my all-time favorite books. There’s snow and cold weather and Christmases all over that book. But again, that’s not what that book is about. 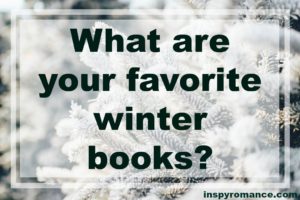 So I’m turning to you, Inspy Romance readers, for your recommendations on the best winter setting or Christmas books. Help this Grinchy anti-winter reader! What books have you loved that had a Christmas setting or had winter all throughout the pages? Send them my way because if we get another winter like the last five… I may only be able to find snow in a book!