We have plans to visit some friends in sunny Florida later this summer, and I asked our friends for suggestions about the things we could do while we’re there. One idea they came up with was a safari ride. Outdoors. In an open-sided bus. In the summer in Florida. Oh, and the biggest selling point they gave us? We get to pet an alligator.

So here’s the thing about me and the outdoors: Bugs like me more than I like them.

I stood in my backyard trimming bamboo a few years ago. Twenty minutes in my own great little outdoors, and I ended up with over 50 mosquito bites. And that was with bug repellent. I was in agony for weeks. 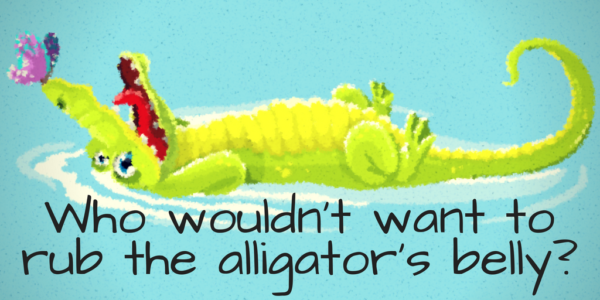 Needless to say, I haven’t trimmed the bamboo since. (Our backyard was clearly meant to look like a tropical forest anyway. Duh.)

Now, I’m not opposed to petting an alligator. But subjecting myself to a kazillion different species of buzzing, biting insects for the singular joy of petting one? Um…no.

Of course, then our friends sent me a video of the alligator that was in their front yard a few weeks ago.

When I gave my husband the list of ideas our friends had come up with, he said (about the alligator), “That might be fun…” Then I showed him a picture of the bus we would have to ride on for the safari experience. And bless him, that man took one look and said, “No windows? Those bugs will eat you alive.” 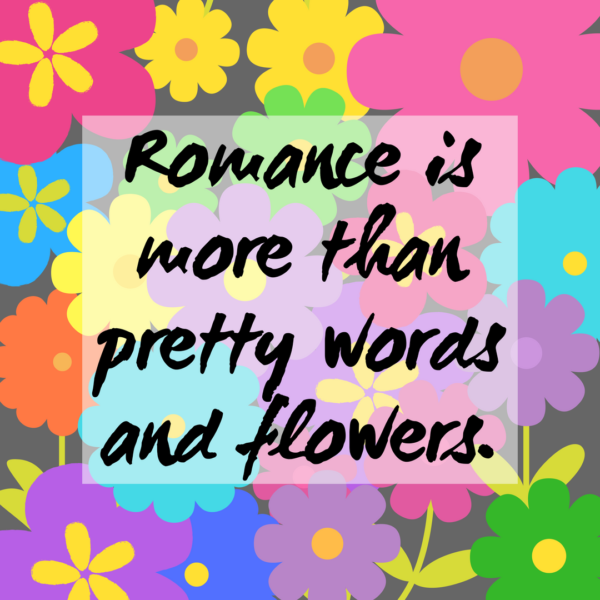 Romance is a lot more than pretty words and the occasional bouquet of flowers. In the younger stages, it’s about getting to know someone. In the more developed stages (we won’t say “old”) it’s about knowing someone – knowing that the bugs will chew your wife up and spit her out and that you’ll be stuck running to the drug store for anti-itch cream at two in the morning because she’s so itchy she can’t sleep…which means she’s be tossing and turning and you won’t be sleeping, either.

It’s not just bugs, either. I have other issues, too. For example, I’m allergic to most flowers. I’d rather have coffee. It’s more useful, and it doesn’t impede my ability to breathe. My husband knows this. He hasn’t given me flowers in ages. He buys me a fancy coffee drink every now and then instead. He supports me in my weirdness, and I love him for that. (I love him for other reasons, too, but you get the idea.)

Romance is about supporting one another in your weirdness. #romance #beingweird

What about you? Do you have any strange habits or tendencies (like being tackled by insects the way a linebacker tackles a running back)? How does your significant other show you his love in/through it?