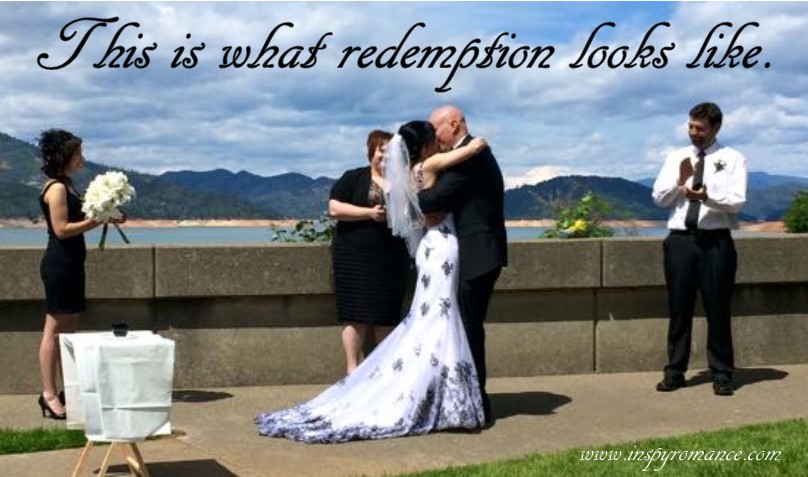 I know what you’re thinking. Probably the same thing I would be if I didn’t know that groom.

How is a wedding ceremony redemption???? 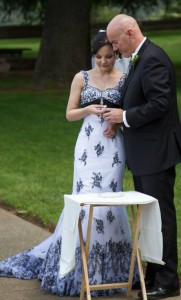 If you look at your favorite romance novels, there’s almost always an element of redemption in them. It may be the hero or heroine regaining the other’s trust or a prodigal coming back into the fold. My very favorite manuscript I’ve ever written is Grace to Save. It will likely release next summer. It’s a story of two prodigals. Of redemption. Forgiveness. Grace.

The guy getting married in the picture? That’s the real-life Jason-my-friend. I’ve known him…let’s call it 25 years (oy! I feel old!). Jason and I went to church together in high school*, and his little sister, Ali, was one of my best friends. To be honest, though, I don’t know that I would have called Jason a friend. An acquaintance, an occasional ride home, best friend’s older brother, but that’s about it. 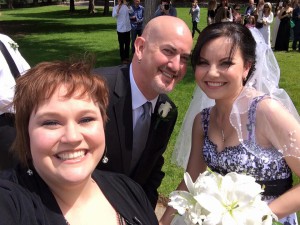 A little over 20 years ago, I moved halfway across the country to go to college, and I lost touch with both Ali and Jason. I heard about him from time to time – like when my then-step-mom told me he’d been at their church with one of the local Teen Challenge programs. I readily admit much of my “knowledge” of what Jason was up to came in the form of second-, third-, or even fourth-hand information. I knew he was married twice and had two kids, but I was never completely clear on anything else**.

Fast forward to Christmas 2008 when I opened my Facebook account. I just double checked and, sure enough, Jason was one of my first friends that month (Ali and their mom became my Facebook friends a couple days earlier – yes, I double checked those, too ;)). I still didn’t have a ton of contact with Jason, but I was pretty sure he was a paramedic, and I knew he drank a lot. 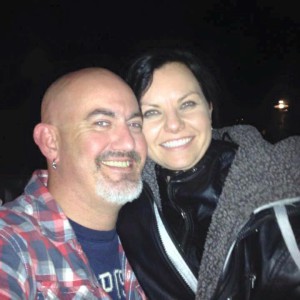 Jason and Kelly’s first pic together – aren’t they cute?!***

But then…something began to change.

The posts changed. I didn’t know the details at the time, but he’s shared some since. Instead of pictures of beer, there were posts about church. Bible verses. Different kinds of activities. Less swear words. (There would never have been many, or I likely would have defriended him at some point.)

Reading through a testimony he posted a while ago, the change started even before that Facebook connection, though it didn’t become evident until later. Jason sat in his truck one night and shouted at God:

Then God told him, “You’re still mine.” 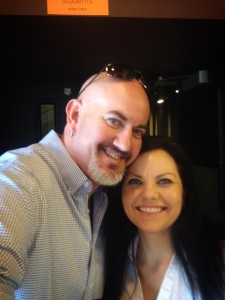 In early 2009, Jason had lost his job, like so many others in this recession, and had been in a bad motorcycle accident that should have been much worse. While his family (including Ali and her fam) were on vacation, Jason was having a heart-to-heart confrontation with God. By the time those two weeks ended, Jason had what he’d craved for so many years and had never been able to find in other relationships.

A real, soul-deep, relationship with his Savior.

I was back in Phoenix about five years ago and had dinner with Ali and her family, Jason, and their parents. The Jason I met then was not the Jason I’d known in high school. Not even close. He left his parents’ house to go on a “treasure hunt” – he and a group of friends would pray until God gave them specific directions and by the time the night was over, they’d usually found several people they could bless in one way or another: praying with them, helping them in a more tangible way, whatever. Would the Jason I’d known in high school have done that? Notsomuch. Well, maybe because he had to, not because he truly wanted to. 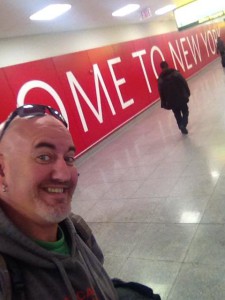 In the fall of 2013, Jason moved to Redding, CA to attend the Bethel School of Supernatural Ministry. He’s in his third year now. He’s been on two mission trips to NYC, and he has a heart for that city. I’ve watched his status updates as he’s asked for help with his tuition or for the mission trips. I’ve seen it look grim when I went to bed, only to find one or more generous donations had come in overnight. I’ve seen pictures and heard stories of him preaching the Gospel. I’ve seen pictures of him on his knees, with his hands raised to the heavens, celebrating that connection he craved for so long.

And while there, he met a pretty girl from the other side of the world.

I don’t know Jason and Kelly’s love story. I’d love to hear it someday – I think I’d like to hear it from Kelly. See, she’s from Australia and, even though I’ve never talked to her, I’m quite sure she has the better accent! I’ve gotten to know her a little bit on Facebook, and I can see why God brought the two of them together. She’s wonderful!

Last summer, Jason and Kelly tied the knot. The first thing I noticed was Kelly’s gorgeous dress. There were a few more pics here and there. Jason’s mom first posted that picture up on top, but a while later, his step-dad reposted it with the caption:

I teared up when I read that. Today, I’d call Jason my friend, but mostly I keep up with him through Facebook posts and the occasional research question. And yet…I know enough of what he’s battled to know this moment, this first kiss… The kiss wasn’t the redemption, but a celebration of it. All have sinned and fallen short of the glory of God. Redemption may not be a wedding to a wonderful, Godly mate****. It may be a restored family. Or financial restoration. A restored relationship with your family of origin. It can be so many different things. For Jason, it was this moment here. 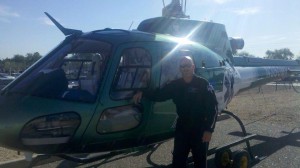 Jason being a flight paramedic 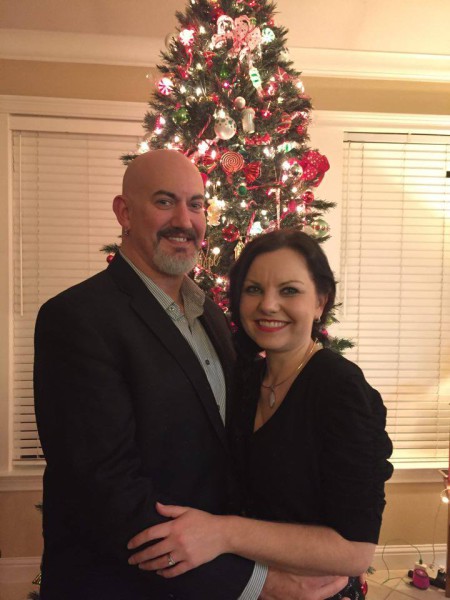 Jason-my-friend has an incredible testimony. I’ve barely scratched the surface of it here. He’s said that, someday, he wants to share his story, to inspire others, to reach out to them the way he needed someone to reach out to him. And he’ll be able to tell them…

*If I really wanted to be deliberately provocative, I’d say something like “I spent the night at his house a bunch, too.” :D That statement is technically accurate, because I spent the night with Ali fairly regularly ;).

**For the record: he wasn’t married to his son’s mom, but was to his daughter’s – and there were three marriages in all

***Hmm…wonder if I could get the two of them for the cover? They are tres adorbz together!