Every so often, my husband takes my three kids either camping or snow skiing.  Because I don’t enjoy either one, I get to stay home.  On these “by myself” vacations, I rent, buy, or dive into my stash of DVD’s.  I get Chinese food for the whole weekend and only leave to go to church.

It was during one such “alone weekend” that If You Believed in Love was born.

Who knows how many movies I watched that weekend–ten or more at least.  It was a marathon of one after the other until they all kind of started blending together.

One of the movies I watched for the first time was Pride & Prejudice with Keira Knightley.  My friend had told me that she loved this book.  Frankly, I don’t have that kind of time to read anymore, and so I got the movie (yes, to all my former students, I actually pulled the scam you all tried to pull on me!).  At first the language was hard to decipher, and I hated Mr. Darcy.

He was cold and hurtful.  He was like trying to hug a dead fish.  I knew pretty quickly the two of them would get together, but why?  What did she see in him?  However, the movie haunted me.  So once it was finished, I watched it again.  This time, I saw what I had not the first time through–a man totally lost in his own very tiny world. He was trying, but he had only been taught duty, not love.  Elizabeth resurrected the ability to feel in him. Because of her unrelenting hold on love and life, she became one of my life heroes.

That was the first night.

The next day I watched another movie that I had actually seen before–Martian Child with John Cusack.  Now John Cusack is an actor who has always fascinated me, but in this particular role, the depth of him really shines.  In this movie, his character has lost his wife just prior to them adopting a special-needs child.  In many ways, he is the modern version of Mr. Darcy in that to the outside world, he is prickly, holed up, and completely closed off.

The hurt he has suffered goes so deep that only a miracle (or love) can pull him out of the cloud of depression that hangs over his entire life and being.

That weekend, after watching these two films, a pairing of these two actors began to form in my head along with the surrounding story.  Jonathon, the hero, is a man who has lost the love of his life and decided to checkmark the relationship box “Done.”  Elizabeth, the heroine, is a woman who has been hurt repeatedly by life, beaten down by less-than-ideal life circumstances growing up, and yet she has fought through all of that so she can give hope to others with a gentle, quiet spirit that I so admire.

When the two of them meet in a classroom the first time, with her as the professor and him auditing the class, sparks immediately fly.  She believes in the power of love–at least in a literary sense.  He refuses to open his heart again.  After that first meeting, the book practically wrote itself, and the depth of it took me by surprise numerous times.

So, If You Believed in Love was a product born of me being able to see not just two characters on a screen but life in all its colors played out between two people that love nearly forgot. To this day, I love the depth of this book and these two characters.  On my “I wish I could go back and read” list, If You Believed in Love is always very near the top. Two special, hurting characters. One amazing story.

This is why I write!

If You Believed in Love… 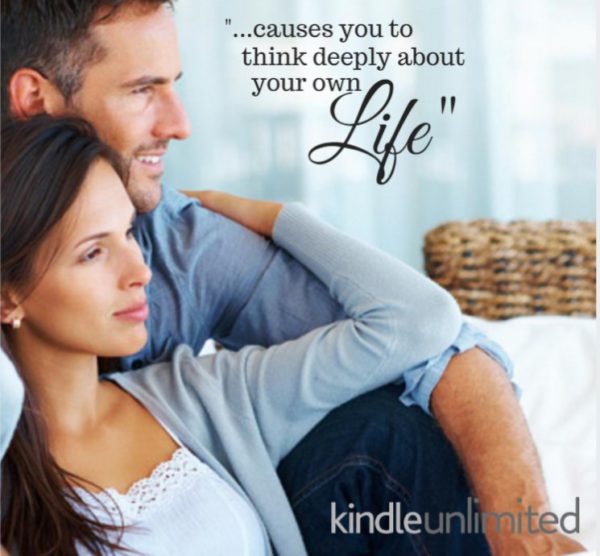