The second book I wrote in my journey to and through author-hood is called “Princess.”  Like most of my books, this one went through several phases to get where 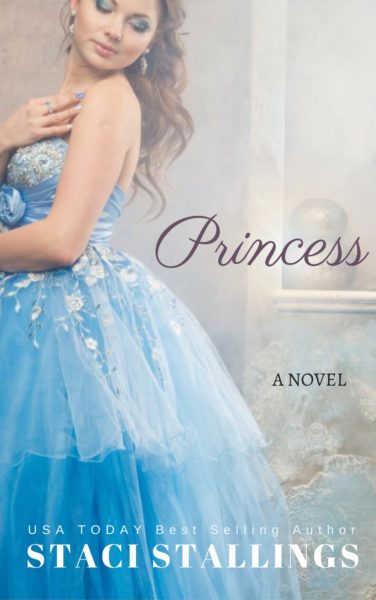 it is today.  The first phase had to do with crafting the theme of the book.

I knew going into this one that the main set up would involve this couple and the fact that he was a black basketball star and she was a white academic star.  She needed money to go to school and so she agreed to tutor him.  In the original conception of the idea, I thought the interracial thing would be a main focal point, and so the original title of this one was “Color Blind.”

However, after it was written, I let my aunt who had adopted a child of another race read it.  When she was finished, she said that the book was great, but because of the title, she had expected there to be a bigger issue of the racial component.  While that was part of the story, I realized it was only part of the story—not the whole story as the title indicated.

Like all of the first five books I wrote, I finished this one before I really knew what I was doing as far as POV and conventions of the genre.  Basically that means I had to edit and re-edit this one as I learned more over the years.  As I let a few more people read it, I got various comments pertaining to the racial component of it, and I revised a few pieces here and there as I went.

I well remember the struggle I had with one scene in particular trying to wrestle it into just one POV. It was a scene after “the dance”—one of the most memorable scenes in the entire book.  In this post-dance scene, there are four characters talking, and in the original conception of the book, this was in omniscient POV, so I and the reader could “hear” into each character’s thoughts as well as their dialogue. I remember this one being really hard to get into one POV because there were certain “thoughts” by each character that simply got lost when it was rewritten in the POV of only one.

Eventually, I did manage to get those pieces into other places in the book so that information was not completely missed, but it was not easy.

At some point in this revision process, I started trying to find other titles.

One of the central themes of this one is how opposites can become irresistible attractions. He’s black, she’s white. He loves sports, she can’t stand them. She loves to read, he hates it. It is only as the two of them spend time together that they begin to realize they are not so different after all.

The differences come in where their commitments lie and not in their level of commitment. He’s willing to spend extra time on the court; she’s always holed up in her room studying.  Same drive, different venues.  However, it is their differences that convince Anthony that Heather will never see him as more than the guy she tutors.

While that hurts for him to admit, I think he loves her enough by that point to let her go.

It is during one of their reading sessions that Heather laments her inability to find her “Prince Charming.” In fact, the Cinderella theme so often found in my books is probably more pronounced in this book than in any of them.  And it is in the midst of this theme that I finally found the perfect title for this book… “Princess.”  Heather is “Princess” to Anthony’s “Prince Charming.”

So why do I still love this book all these years later (I wrote it in mid-1997)?

I love, love, LOVE how these two fall in love. One of the best themes in my books is people who are friends suddenly realizing there could be more. That is definitely a thread in this one. They are forced together with the tutoring thing, and at first, she almost literally hates him.  It is as they spend time together that she begins to realize he is not who she had prejudged him to be. Eventually he comes to the same realization about her.

So the book asks several questions… what makes a person “Prince Charming” or a “Princess”?  Who are we missing because we prejudge them?  What things might we learn if we stopped doing that? What “boxes” have we put ourselves and others in that limit what we could be if we tried?

One of the things about this book is that the direct “Christian” aspect is far more inspirational rather than overtly Christian.  At this time in my writing journey (remember, it was only the second book I wrote and this was before Contemporary Christian Romance was even a thing), I was still trying to figure out how to write my heart and maybe skirt around the books I was writing to try to make them marketable.

That is kind of funny now when I think about it because this book had UNMARKETABLE practically stamped on it.  Between the interracial aspect and the fact that it was “new adult” when that wasn’t even a thing not to even mention it being “inspirational” though not out-right “Christian,” well, chopping a path through the jungle was practically woven into the fabric of the journey of this book if not my entire writing career.

The biggest challenge of this book, however, has come in the form of trying to find the right cover for it. I believe I have had six different covers—from four different designers, and wouldn’t you know, the latest one, and the one I like by FAR the best…. was the first cover I’ve ever actually done for one of my books.  It happened on a Sunday when I was supposed to be taking a nap. I had the idea, thought I’d do a mock-up for one of my actual designers, and before I knew it… I had a brand new cover that I’m IN LOVE WITH!

So there you go… 20 years and all of the elements have finally come together. The story behind the story of “Princess.”

And still to this day, I am in love with that dancing scene…. 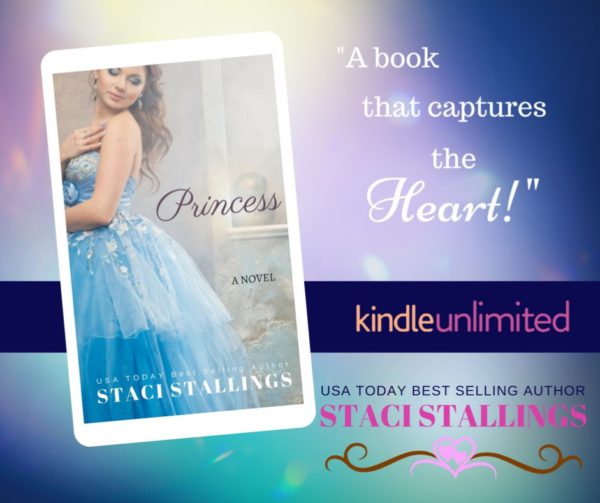