“The Price of Silence” was the third novel I wrote, and with this one, I struck out in the direction of YA, or young adult, though I didn’t know what that was at the time.  Still trying to marry my love of romance with how to write inspirational and not become completely unmarketable, this is another of my least overtly Christian books.

The story idea was born out of several incidents in my teaching career. The first one happened while I was student teaching in the early 90’s. This was 9 years before Columbine would make headlines around the world. It was during a time when school shootings were unheard of, but guns in schools were just becoming a real issue.  At the time I was a student teacher in the business department of a large high school.  During class, one of the student teachers in another business class had a student come up looking very shaken. The student asked to go to the principal’s office and permission was granted by the student teacher.

Shortly the principal and vice principal showed up at the door and with no warning marched in, took hold of a student and his backpack and marched him back out. Come to find out, the student, who was in love with the girl who had gone to the principal, had shown her boyfriend the gun and she happened to see it. That one felt really close as I was literally one door down. However, I think I and a couple other student teachers even knew about it as it was kept under the radar almost completely.

After student teaching, I substitute taught for a semester. One of my regular assignments was in a journalism class at a local high school.  That was during the spring semester.  By the next fall, I was teaching across town when one of the very first actual school shootings happened–at the very high school I had been subbing at the previous semester. I have a friend who was still teaching there at the time, and I’ve heard her harrowing story of being yanked from the hallway by a student who had just moved there from California to escape the gangs. When she protested that she needed to go out there and do something, he simply said, “Miss, there ain’t nothing you can do when the guy’s got a gun.”

Had I been subbing in the journalism class that day, I would have literally been feet from where the student walked in and started shooting.  The fact that I always stood outside the door during class changes would have put me right there. Yes, I’ve thought about that many times. 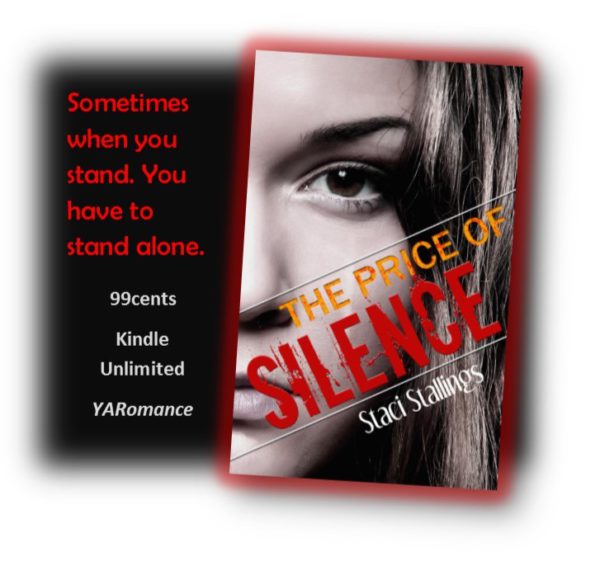 Three years later, I had just turned in what would be my resignation come the end of the school year for my permanent teaching position.  I was pregnant with our first child and finishing up teaching. I had a typing class, which then crossed the parking lot to go to math.  In the math class a student saw another student with a gun.  That year we had had a lot of “gang-related” incidents at the school, owing to one student who had moved in.  Because we were a private school, many times we would get kids that had been removed from public school because of discipline issues. He was one of them.

Only in the eighth grade, this kid had trouble written all over him. Come to find out, he had goaded one of the girls into bringing a gun as kind of an initiation.  They had the gun in my class, but did not take it out until math.  The student who reported seeing the gun would later leave the school for her own safety, and the following year after leaving the school himself, that student would be arrested for killing a girl and leaving her body on the railroad tracks.

So “The Price of Silence” for me was something of a clarion call to teachers and parents that bad things happen in our schools, and often because students don’t have a solid support system, they are left to try to navigate and deal with situations far above what they should be dealing with.

The title for this one was the third try as the book went through multiple revisions. The first title “Gang-Related” was on the book when I printed off a copy and gave it to my mom. She said, “We are going on vacation, so I won’t be able to read anything until we get back.”  I told her that was fine.  Three days later she called me. “I hope you know I’m not packed and we leave tomorrow.”  I couldn’t imagine how that was my fault until she continued, “I thought, ‘I’ll just read a little bit….’”  Ha. Ha. Famous last words with one of my books!

The second title which was probably a bit melodramatic but also rather fitting for what Robyn goes through in the book was “A Slow Dance Through Hell.”  Alas, that one didn’t stick.

And so my third novel became “The Price of Silence.”  I still pray it will open some eyes and minds so that we can work together to secure not just our children’s futures but their presents as well. The topic has only grown more important over the years, and it’s one I think we should all be aware of and prepared to deal with–especially if we have kids or grandkids that we love!

GET “THE PRICE OF SILENCE”

On Kindle or Kindle Unlimited