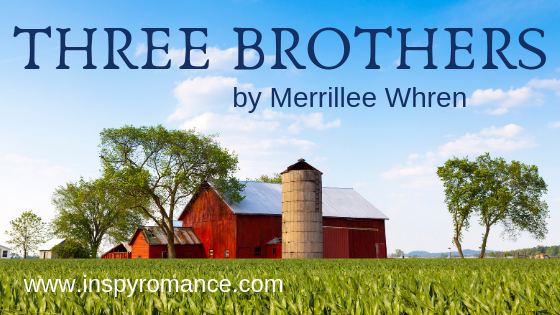 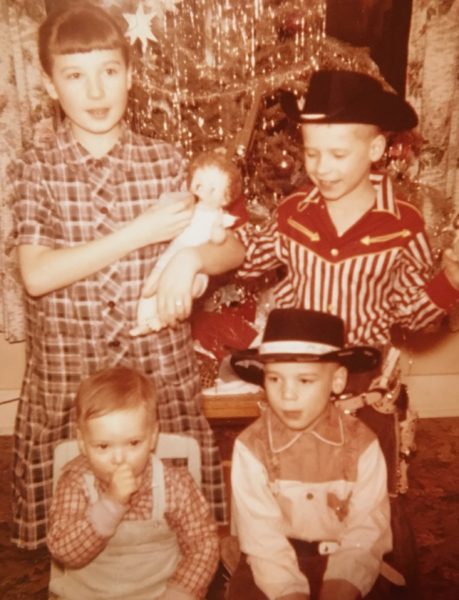 We didn’t live on a farm, but we lived in South Dakota when this picture was taken. My grandparents lived on a farm in South Dakota and some of my friends lived on farms. Those memories are part of what inspired the books in the Dalton Brothers series. Book 1 features Wade, the youngest, in Four Little Blessings. Book 2 features, Matt, the middle brother, in Country Blessings. Book 3 features, Peter, the oldest, in Homecoming Blessings.

Although the books take place in three different locations, a small Florida beach town, a farm in South Dakota, and a small town in northern Georgia, the stories all have South Dakota in common. The three brothers spent many summers visiting their cousins on a South Dakota farm. Matt came to love that farm and eventually made his home there. These locations also relate to my real life. As I mentioned previously, I lived in South Dakota, and I also lived in a small Florida beach town and in a suburb of Atlanta, Georgia.

These books were previously published by Steeple Hill Books, which is now known as Harlequin Love Inspired. If you missed reading them back in 2008 and 2009, you can catch up with them now. The first two books are currently available, and the third book is ready for preorder. If you preorder Homecoming Blessings, you can get it for 99 cents.

Here is the cover and blurb for Homecoming Blessings. 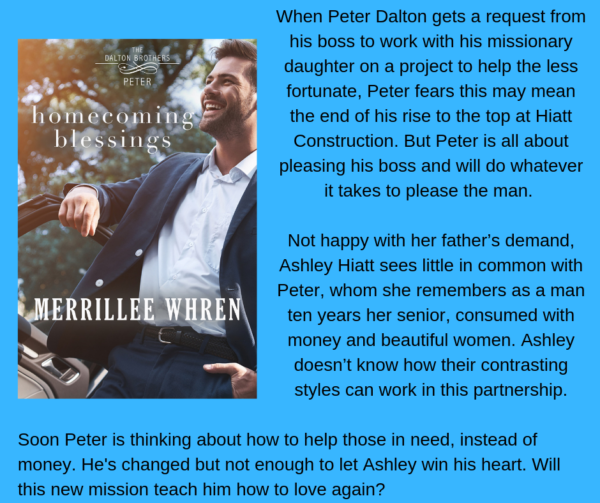 If there is a part of your life that you would include in a book, what would it be? I’m giving away the first book in my Kellersburg series, Hometown Promise, to one person who leaves a comment. I will draw the winner’s name on May 11, 2019 at 9 PM MST.