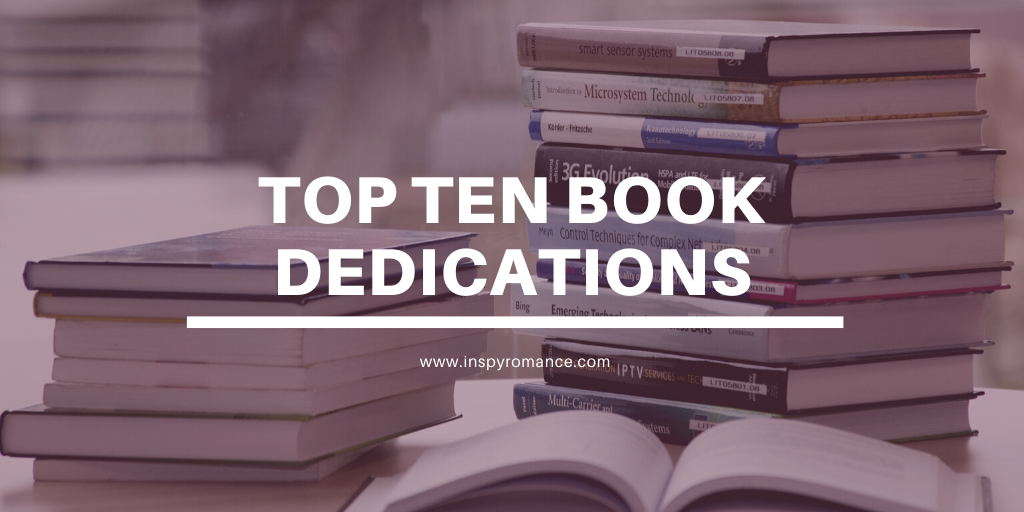 Readers often overlook the book dedication (unless a book is dedicated to them), but they mean a lot to us authors. And some of them are just as entertaining or endearing as the novel itself.

For example: To Collin Firth. You’re a great guy, but I’m married, so I think we should just be friends.

And: Dedicated to everyone who wonders if I’m writing about them. I am.

Romance novels are often dedicated to husbands, but my first one, Love Finds You in Sun Valley, came out right after my husband left me. So I dedicated it to the couple who let me and my kids live in their basement. She fed us, he fixed the brakes on my minivan, and I am eternally grateful. At the time, all I could give them in exchange was this: 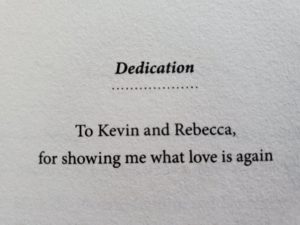 My latest novel is set in a tea house, which I HAD to dedicate to my mom because not only did she used to run a tea house of her own, but she was my very first editor and biggest cheerleader. 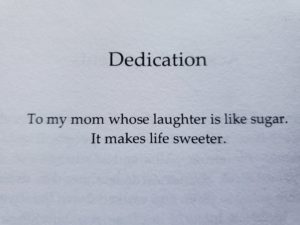 As I was thinking about this and considering to whom I should dedicate my next novel, I decided to go through my bookshelf and look for the best dedications I could find. Thus, I give you my top ten.

Let’s start with those who did dedicate books to their spouses. This one from Victoria Bylin in Someone Like You makes me want to go check all her novels to see if they say this: 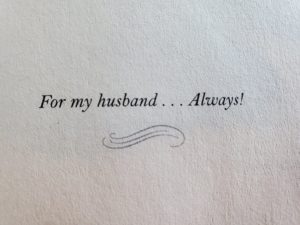 And I can’t forget Siri Mitchell’s dedication in Kissing Adrien: 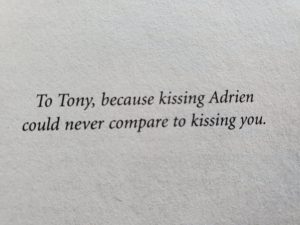 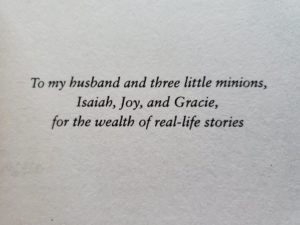 When I asked Avid Readers for the best book dedication they’d ever read, the first response I got was for Before I Called You Mine by Nicole Deese. The book is about adoption and dedicated to her adopted daughter. The book isn’t physically on my shelf, but it’s on my Kindle, so I figured it counts:

My favorite dedication to a child/children comes from Heather Woodhaven because it’s so funny. And because I can relate: 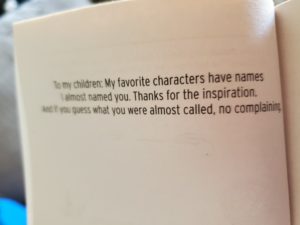 Heather also gets props for this one. Not only because I’m in her critique group and we shared the same editor but because she gives credit to chocolate: 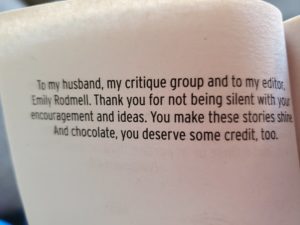 Betsy St. Amant dedicated All’s Fair in Love and Cupcakes to her sis, though cupcakes get a lot of love here, as well: 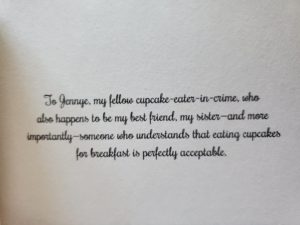 Janice Thompson recognizes a lost loved one in Fools Rush In. I may not have known Billie Moseley, but I like to picture him wearing cowboy boots in heaven too: 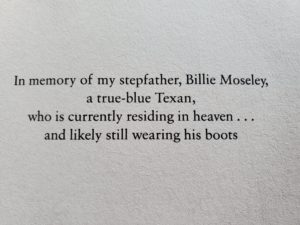 Speaking of heaven, it’s hard to top this dedication from Susan May Warren: 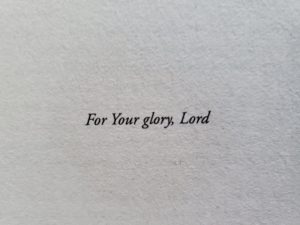 Though Terri Blackstock might have done it with this dedication in all three books of her If I Run Series: 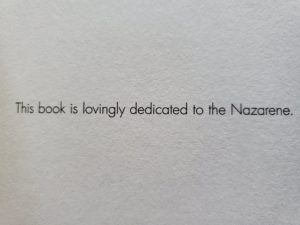 I did dedicate one book to God for adopting me into His family, though, seriously, without Him none of them would exist.

I’m not sure who I’ll dedicate my next book too. I’ve considered coffee. And I’ve also considered you. Readers rock.

If you wrote a book, who would you dedicate it to?