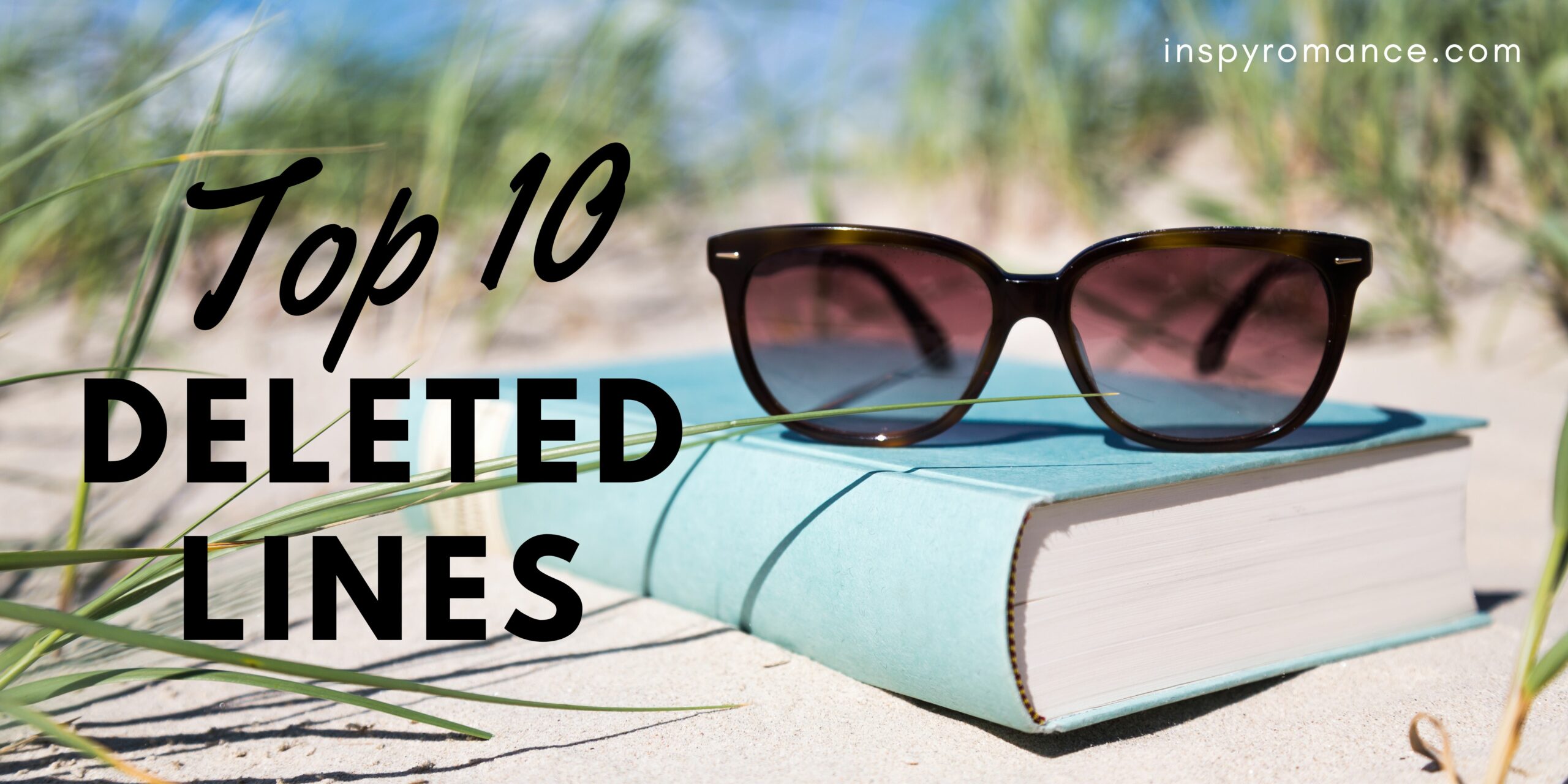 Yesterday I submitted my next novel, Hero Rehearsals, to my publisher. I love the premise of a writer taking a citizen’s police academy class as research and falling for the cop who can’t take her seriously, but I really struggled with this book.

I have never deleted so many scenes from a novel. I have twenty-five pages of deleted scenes. They were bad, you guys. Like Star Wars: Episode II bad. We can be glad they’re gone, no matter how much time went into writing them.

However, some enjoyable lines did get removed along with the not-so-enjoyable scenes. It’s part of the editing process.

Just for fun, I thought I’d share a few of those gems like the bloopers at the end of a movie. I present the top ten deleted lines from Hero Rehearsals:

10. There’s no way I’m writing about a writer. That’s so overdone. Like we aren’t capable of coming up with a career other than our own? Like we have delusions of grandeur where we want to live vicariously through a more successful version of ourselves? This isn’t going to be a Sandra Bullock movie.

9. Her lips part then turn up to reveal her teeth in a toothpaste commercial smile, and I’m reminded that besides Big Red gum, Closeup toothpaste also offers a refreshing burst of cinnamon.

8. “I don’t break my toe rushing to open the door for just anybody.”

7. Karson won’t use lines on me. He uses the opposite of lines.

6. I don’t want a love triangle. Those are too romanticized.

4. I think it was good for my roommates to see Karson raise his hands in worship. It was definitely good for me. I loved the image of my law enforcement officer surrendering.

3. Stories aren’t meant to replace reality. They’re meant to inspire us to pursue our dreams. To believe in things yet unseen. To create a reality that we’ve never actually experienced. And I want to create that with him.

2. Love is a gamble, and once you lose a hand, it’s tempting to play it safe. But that also keeps you from winning the pot you wanted in the first place.

Now the countdown begins for the release of Gemma’s story. I’m glad to be done writing the book, but I know there will be a lot more editing to do before I get to share it with you.