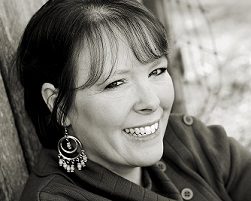 My husband and I recently returned from an Alaskan cruise. It was meant to be our twenty-fifth anniversary trip. We haven’t hit that mark yet; we’re at twenty-four and a half years and counting, but taking a cruise to Alaska in December didn’t seem like a good idea. Not to mention the fact that no one goes up there then. :)

Some things I knew, but my husband learned/relearned about me while we shared a small space for seven days… 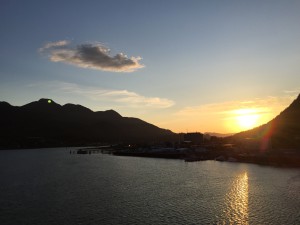 It was a great trip, and we enjoyed our time immensely. The land up there is beautiful, the weather was better than expected–we had some gray days, but no real rain–the scenery was breathtaking, and to watch the sun set or rise(I saw that a few days, even though it was 4:30 a.m.), awe inspiring.

So here are some pictures. I’ll even throw one in of us together, though I must say I hate selfies. ;) 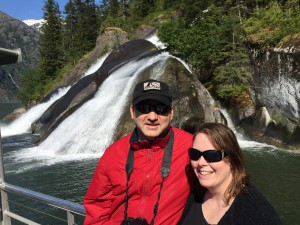 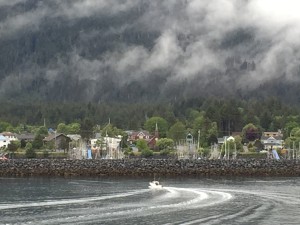 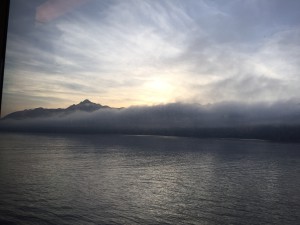 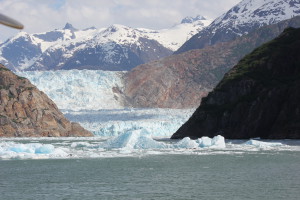 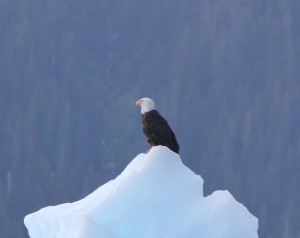 Close up of a bald eagle on a iceberg 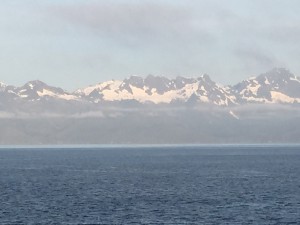 A mountain range along the way

I took tons of others, but I don’t want to bombard you with my photos, most of which were scenic.

Lest you think my husband was the only one who learned something on this cruise, let me tell you that it reminded me that I love my husband more today than I did when I said I do almost twenty-five years ago. Yes, there are times when he gets on my last nerve, but those are few and far between. I can’t imagine my life without him and am better because he’s around.

Have you taken a trip with your hubby that just blew you away, either with the views or with what you learned about each other?