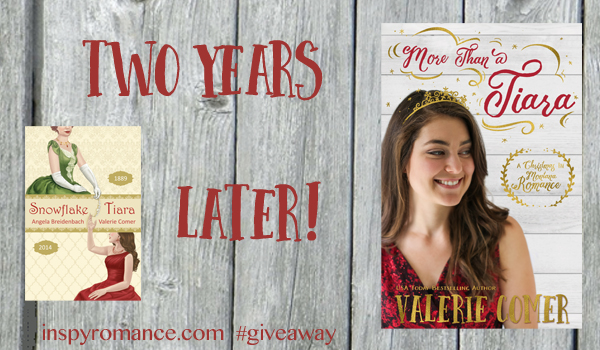 What do you do when something you love, something you spent time and money on, fails to meet your expectations? Generally, there are two things you can do. Write it off as a bad gamble, or give it one more solid go — everything you’ve got — and see if you can turn things around. 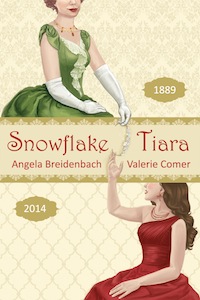 Two years ago a friend and I launched Snowflake Tiara, a duo of Christmas stories set in Helena, Montana. We fashioned it after the Love Finds You series, where they offered two short novels, one historical and one contemporary, in their Christmas releases. Alas, the publisher closed their doors about the time we were ready to submit. So we published it ourselves. It did very well initially and got great reviews, but sales quickly tapered off.

Was it the mix of historical and contemporary? Was it the cover? Was it the stories themselves? So hard to know. But I loved my story — even though it was out-of-the-box for me, being set in a beauty pageant! — and wanted to give it another shot at life.

This summer I wrote the sequel to More Than a Tiara, my half of Snowflake Tiara. Other Than a Halo is currently with my editor — you’ll hear more about it next month when it’s available! I expect to write and release Better Than a Crown, the third and final book in the Christmas in Montana Romance series in the fall of 2017.

For now, I’ve done a light edit of Tiara and purchased a new cover, which I love. You’ll notice a very different look from my Farm Fresh Romance books, though it was done by the same designer (my daughter) from her own photo shoot. What do you think of the updated cover?

About More Than a Tiara 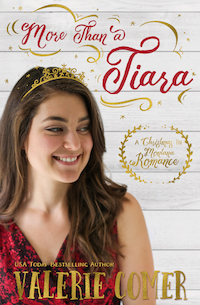 Marisa Hiller abandoned her modeling career to nurse a broken heart in Montana, far from the photographer who ruined everything. Her family farm is now part of a CSA program teaching gardening and cooking to single moms, but when the coordinator begs her to represent the program in the Miss Snowflake Pageant, Marisa balks.

Jase Mackie has long regretted the hot accusations he’d flung at Marisa over two years before. God has forgiven him but hasn’t answered his prayer to bring Marisa back into his life… until Jase finds himself out West as the official photographer for a beauty pageant, face to face with the woman he’s never forgotten.

Can Jase make amends for past mistakes and offer Marisa not only a tiara, but a partner in her crusade to help needy children and families?

(Psst, click here to read an interview with the hero, Jase Mackie!)

More Than a Tiara is available on Kindle, Nook, Kobo, and iBooks. Click for first chapter, more information, and sales links.

I’m offering two ebook copies of More Than a Tiara to commenters. Winners will be announced in the October 16 Sunday Edition.

Here’s the question: Have you ever done something with good intentions, but had it backfire? Or you can simply comment to throw your name in the hat!