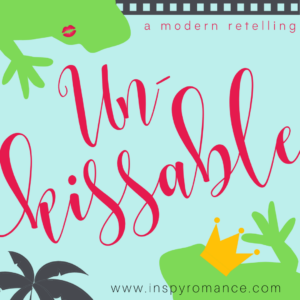 The cover is unarguably the single biggest draw to a reader in deciding whether or not to choose a book. A close second, though, is often the title. Just the other day, I read a comment online from a woman who couldn’t bring herself to read a friend’s book simply because the single-word title was off-putting. (Of course, my brain immediately pondered the likelihood of a novel titled Moist.)

It got me wondering, though, like poor lovesick Juliet—what’s in a name? Would a book by any other title be just as sweet?

From an author standpoint, titling is hard, especially if you’re an indie without the benefit of a marketing team of experts who understand both genre expectations and what sells. Sometimes a title will simply come naturally as we’re writing. Sometimes it takes as much brainstorming as the book itself. And realistically, without that panel of professionals, how do we know what single word or short string of words is going to lure in the reader while conveying everything it must?

After all, not every romance can follow that old formula of The _____’s  _______ or Her/His ________ ________, right? They’d all start to feel a little Mad-Libs-like after awhile. I thought it would be fun for today if a few of our Inspy Romance authors shared one of their titles that at first glance might not make sense for contemporary Christian romance!

To kick things off, I’d like to share the title of my upcoming fairy tale twist on The Frog Prince, which will be releasing May 25th as part of the Once Upon a Summer collection. Writing this tale was a bit of a challenge for several reasons. To start, the original Grimm’s fairy tale is only about a page and a half long. There’s a spoiled princess, an enchanted frog who’s really a prince, a pond and a golden ball, a broken promise, a ridiculous hissy fit, and a loyal servant whose heart had been banded with iron so it wouldn’t break. Disney’s recent Princess and the Frog was no help since it isn’t based on that fairy tale at all, but is instead their loose twist of a different tale, The Frog Princess (E.D. Baker).

What struck me while writing was how very unlikable the princess was in the Grimm’s story. Why did the prince fall in love with her? Why would my frog prince want a kiss from such a snotty diva?

And why would I name my fairy tale—the very tale we get our pop-culture fascination with kissing frogs from—Unkissable?

Weird choice, I know, but the title came when I set out to give Charlotte a redemption story. I made her a Hollywood reality star with a reputation for throwing fits. Her prince is Jaime Reyes, the younger brother of Derek, the hero of A Splash of Love, my Little Mermaid retelling in 2019’s Once Upon a Christmas. I wanted to focus on retelling the story with as many elements of the original tale (sparse as they were) as possible, but as Christian fiction, bring her redemption and grace and restoration. The reader deserves to know why the frog prince wants to help her, befriend her, and ultimately be kissed by her.

Enough about my tale, let’s look at a few of my awesome Inspy Romance friends’ titles (don’t worry, I have their permission and it’s all in the spirit of camaraderie and fun). While they may not make sense for a romance at first, when we step back at examine the series they’re part of or read the story itself, the titles work.

First up, Laurie Larsen’s Pawleys Island Paradise book 5, Path to Discovery. At first glance, we might assume it’s a self help book. But in the scope of the series, we notice the other titles follow the same format of ___ to ____ (the way to a state of being). Clever, right?

Or how about Valerie Comer’s Dandelions for Dinner? The fourth installment in her Farm Fresh Romance series seems a little odd, but every book has a title with an edible (who knew dandelions were edible?!) fresh food. BTW, this series is really cute.

Janet W. Ferguson’s Going Up South doesn’t exactly scream romance either. However, when you realize the bad-boy hero has no where to go but up (while having to go South!), it totally makes sense.

I asked Tabitha Bouldin about her upcoming island romance, Stealing the First Mate. We laughed over it sounding like a historical pirate romance. In reality, it’s about unrequited love and a boat tour! It sounds super fun and I look forward to checking it out when it releases the end of the month.

My good friend Toni Shiloh’s short A Proxy Wedding made me scratch my head at first. What in the world did it mean? Turns out, two people agree to stand in as proxy so their two friends serving in the military could get married, and they discover feelings of their own along the way.

As you can see, in the end, these titles do make sense (and they’re some pretty fun stories, too). I’m sure we could talk unconventional titles for romances a good long while, so why don’t you share a few you’ve come across in the comments. What made you decide to read the book? Do you think Unkissable is an odd choice for a fairy tale retelling?