I posted some photos of interesting sights from my recent European trip only a few days ago. We saw a lot of castles and churches, but we also some some unique things.  I am here again with some fun stuff. This first photo is of a stuffed horse that we saw in the Nymphenburg Palace museum near Munich. 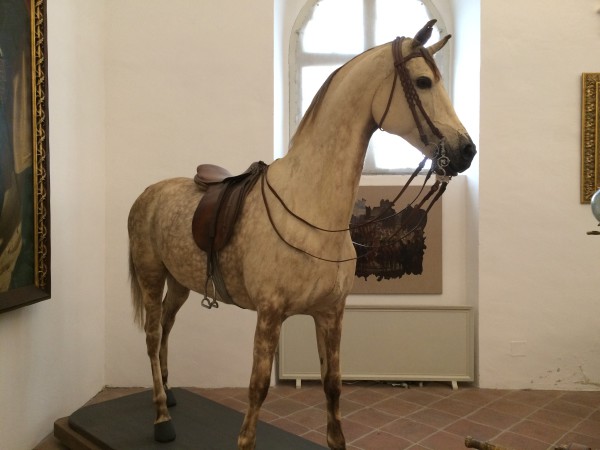 This next photo is a pair of Lederhosen that I saw in a department store in Passau, Germany. I always associated these with German bands, but I saw men who weren’t in a band wearing them. 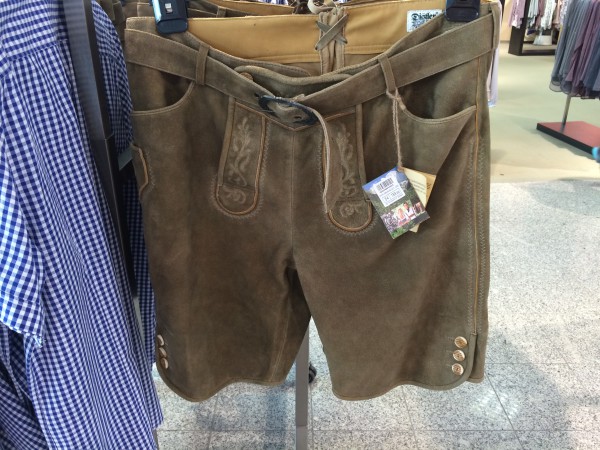 I had never seen this done before, but it seems to be quite popular in European cities. Couples buy locks and put their initials on them and hook them to the railings on bridges to signify their lasting love. Our tour guide joked that you see more combinations locks these days. 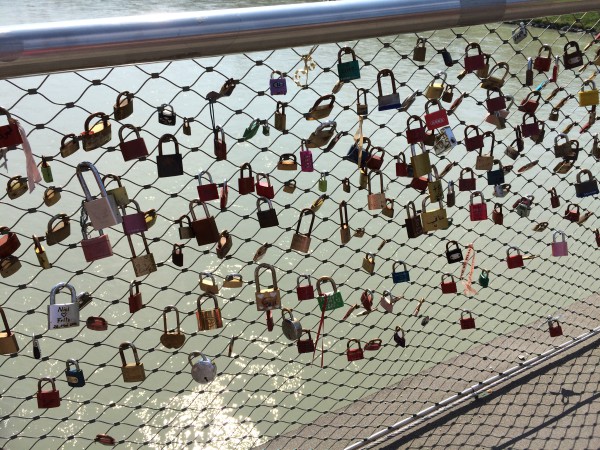 When I saw these jelly shoes on a table outside a store in Vienna, I had to take a photo because I remember how much my girls loved their “jellies” when they were in elementary school. I didn’t look at the price, but I’m sure they were more than I paid for my girls’ shoes almost thirty years ago. 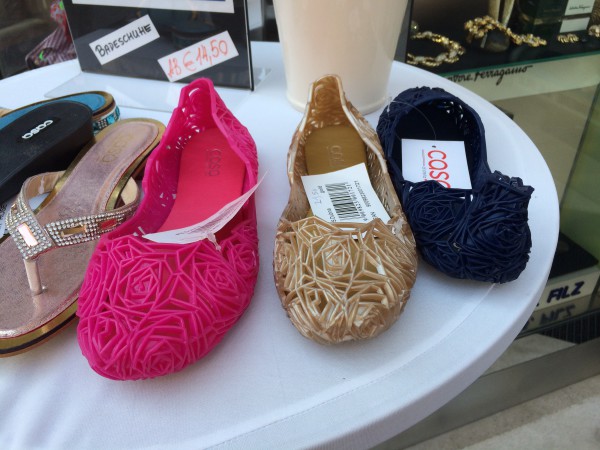 In Bratislava I saw this statue that looks like a man coming out of a manhole. I have no idea what it signified, but it definitely drew the attention of passersby. Many of them got down on the ground to have their photo taken with it. Not me. 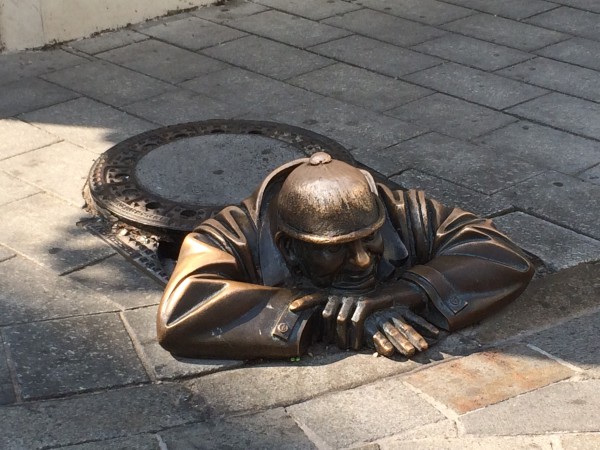 While we were in Budapest, we went to the huge market. It was what I would call a super super market. One of the food booths sold Langos, which is sort of a fry bread. They put sour cream and garlic on the bread, and then you can pick numerous toppings. My husband put mushrooms, tomatoes and spinach on his. At least part of it was healthy. 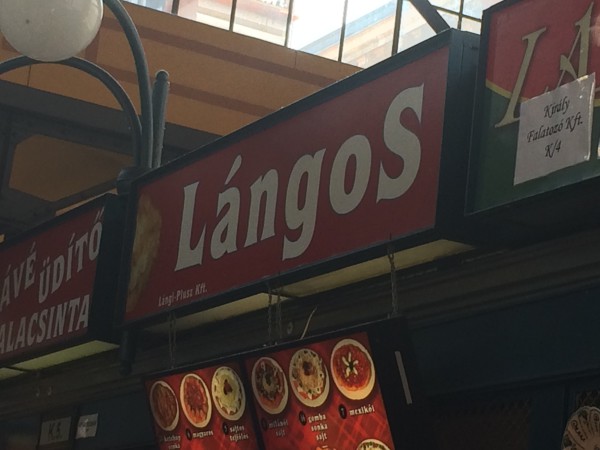 Here I am with this statue of a horse that appeared in Vienna between the time we visited there with the river cruise and the day we returned on our own. I don’t know how it got there, but lots of people were taking photos with it. 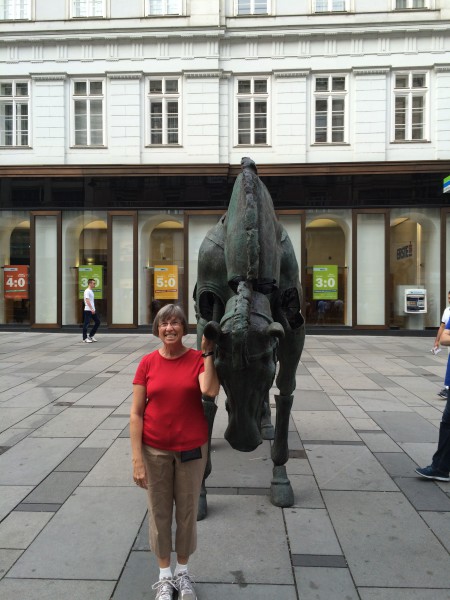 I seem to have a bit of a horsey theme going here. We discovered this unusual statue hanging in a mall in Prague. It’s a knight riding an upside down horse. 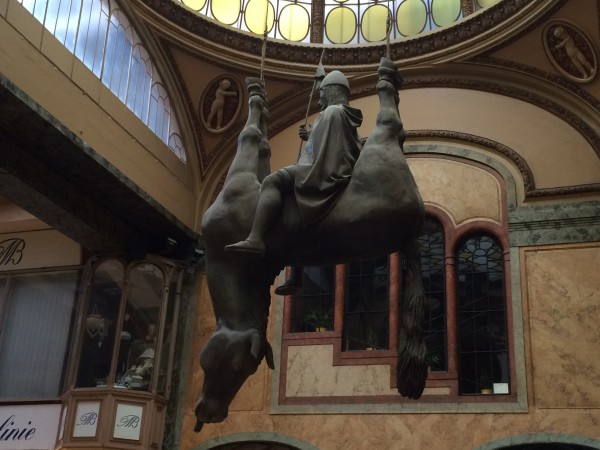 This is a photo of a washing machine/dryer. It does both. It was in the apartment we rented for two nights in Prague. We attempted to do our laundry. The first load nearly fried my shorts and Capri pants. Even ironing did not take out the wrinkles. I couldn’t read the instructions, so I tried to guess how to turn down the temperature on the drying cycle. When I did some of my husband’s clothes, they were still wet at the end of the cycle. We couldn’t figure out how to only do the drying cycle, so I turned up the temperature and ran it again. Still, they weren’t dry. We resorted to letting them hang overnight and using the hair dryer to blow them dry. 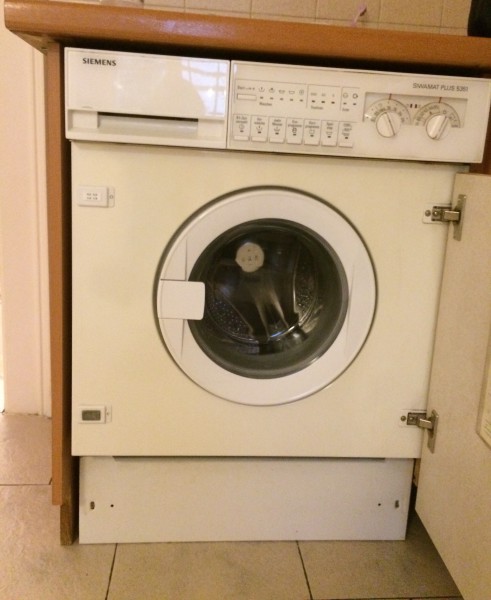 Lastly I discovered a new disease while we were gone. Golfer’s Vasculitis affects walkers mostly over the age of fifty who walk for a long time in high heat. While we were in Europe, they were having a heatwave. During the first ten days of our trip, the temperature ranged from 95 to 102 degrees F. It was HOT even for folks like us from Arizona. We were hoping to get out of the heat. The joke was on us. Here’s a photo of one of my legs after a long day of walking in the high heat. The rash is the result of Golfer’s Vasculitis. I walk a lot, but I usually stick to early mornings when the temperatures are more moderate. 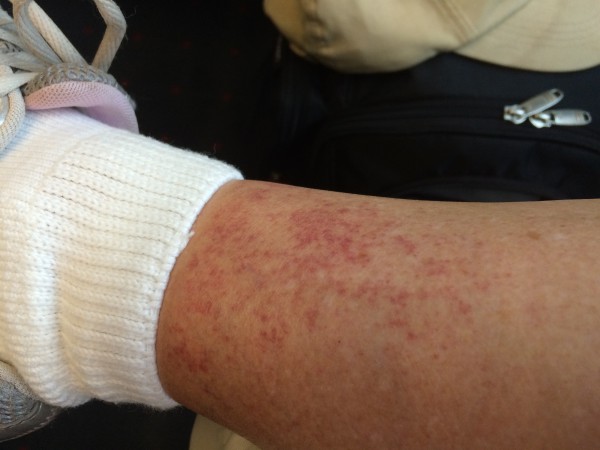 What interesting or unusual things have you seen on a trip? 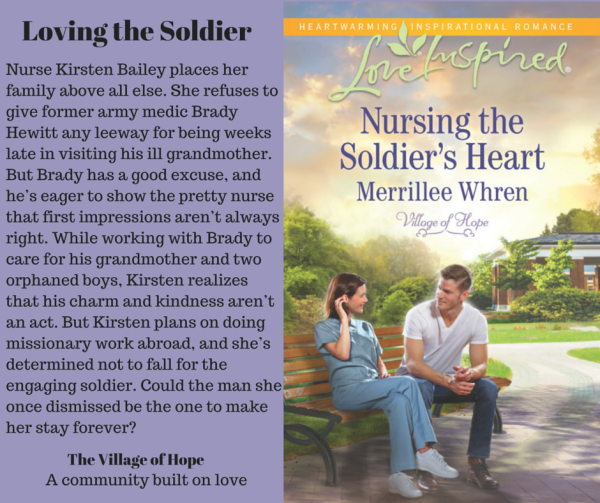