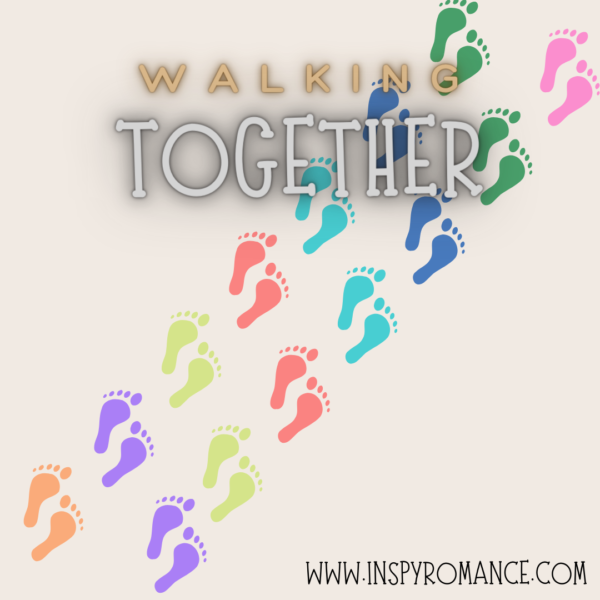 I’m going to talk about something a little different today, and I hope you’ll come along with me for the conversation.

Often, when something tragic happens, people pull together, care for each other, and walk with their neighbors through the trial. Until some of the people forget. Then the ones who haven’t forgotten- or who can’t forget – are walking alone in the midst of the tragedy or trauma. They’re still enduring and suffering while everyone else has moved on. 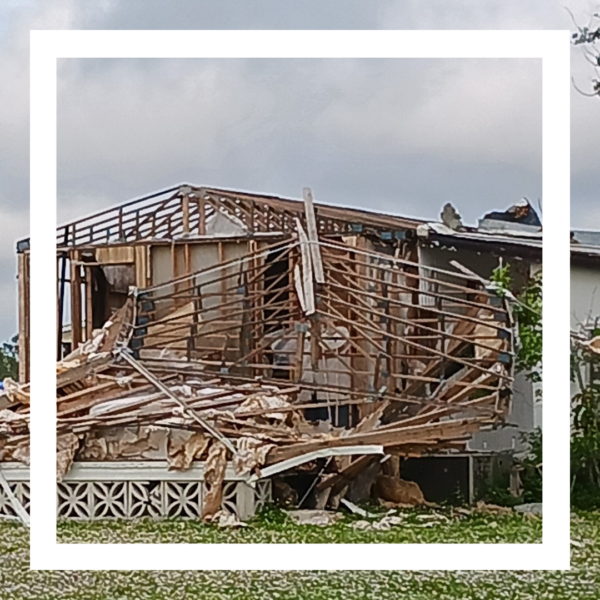 This isn’t something that people do intentionally. I have a friend who told me once that, when her husband died unexpectedly, people from the church came and mowed her lawn every week. She was a busy mom with young children, and the help was appreciated. That help lasted for a month or two, though, until people’s lives got busy and they forgot that she was still in the trenches fighting each day for her survival. They forgot that she still needed her lawn mowed.

I visited the gulf coast of Florida recently, and I saw a similar story. I heard people talk about the trials and traumas they had faced and were still facing.

It’s been more than two months since Hurricane Ian blew through Rotunda, Placida, Englewood, and the surrounding communities. Yet in Charlotte County, a fleet of trucks continues to run twelve hours/day, seven days/week picking up the debris that people have piled up streetside in front of their homes. Fallen trees? They’re piled everywhere. Plaster from walls and ceilings? Piled everywhere. Shingles from roofs? Piled everywhere. Furniture, clothing, personal belongings destroyed in the hurricane? Everywhere. It looks like a war zone. Big heaping piles of debris everywhere you look. It’s unreal. 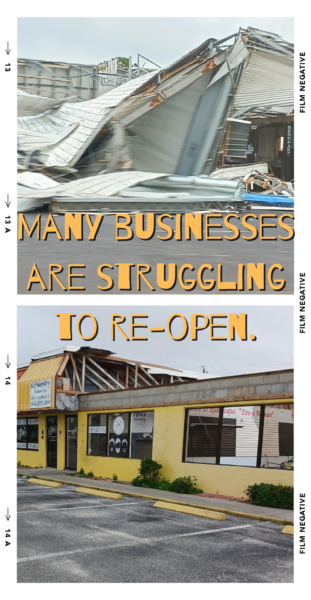 And that’s just the start of it. People’s livelihoods are on hold because their places of employment were destroyed, and yet they still need to pay rent. People went days without running water and over a week without power in most places. The food in their refrigerators rotted, and without electricity, they couldn’t properly dry out whatever parts of their houses Ian delivered damage to – and so many are facing mold remediation on top of everything else.

I was outside one day, and I noticed some birds of prey circling in the sky above. It seemed like a lot, so I started counting. There were twenty-three birds overhead. What on earth could cause so many to circle? It’s not like Florida is redolent with downed caribou. It turns out that those endless heaping piles of debris and refuse are a rat paradise. Or a rat buffet, if you’re a bird of prey.

It’s been more than two months since Hurricane Ian, and the people of Rotunda, Placida, Englewood, and the surrounding communities are still suffering. Some of them still haven’t heard from their insurance companies after filing their initial claims. Some are still trying to figure out how to afford a $100k in repairs when the insurance company is only offering them $25k. Some folks are still daily hauling debris out of their homes because the damage was so catastrophic. In some places, as you look across the horizon, you see nothing but tarps covering people’s roofs. It’s been more than two months since Ian, and some people are still living in tents in their driveways because their homes have been condemned, and they have nowhere else to go. 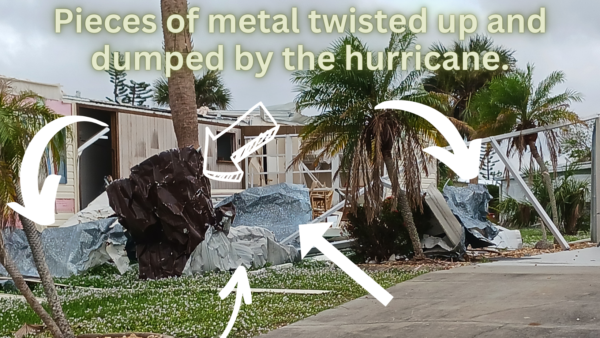 Hurricanes can be devastating and their damage far-reaching. Many of these people who are still in the midst of their trauma feel abandoned. The rest of the country has moved on. The outpouring of care and concern that came immediately following the hurricane has trickled off as the rest of us got back to real life and assumed that because it’s not making headlines anymore, the trouble has passed. 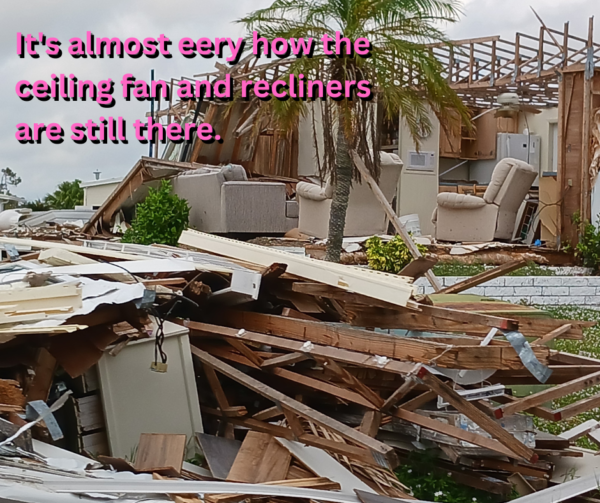 Instead, Christ calls us to lift each other up when we stumble, to help each other carry the burdens of this life, and to stand together – after all, we are stronger together (Ecc. 4:9-12). We are to be people who live out our faith in real and radical ways, whose lives demonstrate the love of the gospel to those around us; we’re to be “doers of the word and not hearers only” (Jms. 1:22).

As Christians, we’re called to walk with those who are in pain, and we’re not meant to put an expiration date on that walk.

What does that look like in real life? In the everyday humdrum of today’s world?

Let’s face it. Not everyone has battled a hurricane at the moment – real or metaphorical. We are, however, all facing trials. We all have struggles. And as Christians, we’re all called to love one another in the midst of those hardships. 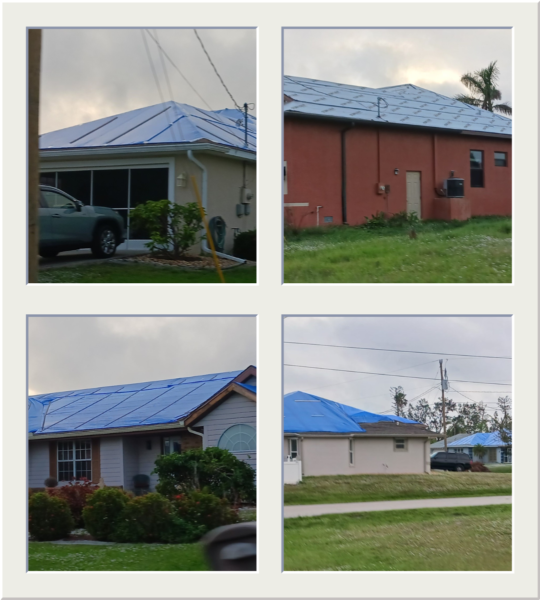 Think about your favorite heart-wrenching romance novel – the one that makes you cry every single time you read it. Why do you love that book so much? Probably – at least in part – because one of the characters is struggling through an emotional or spiritual trial that breaks your heart…and because their love interest proves to be steadfast through it all.

What about real life romance? Do you walk away when your boyfriend gets laid off? Do you throw in the towel when your spouse gets a devastating medical diagnosis? Do you call it quits on your fiancé when the company they’ve built from the ground up goes under?

You stay. You pray. You love. You live.

Because love – the kind that sooths the raging storms and helps us each to soar – is worth fighting for. It’s also worth staying for.

I’m wishing you all a beautiful Christmas this year, a season filled to overflowing with the love of our Savior and love for one another. 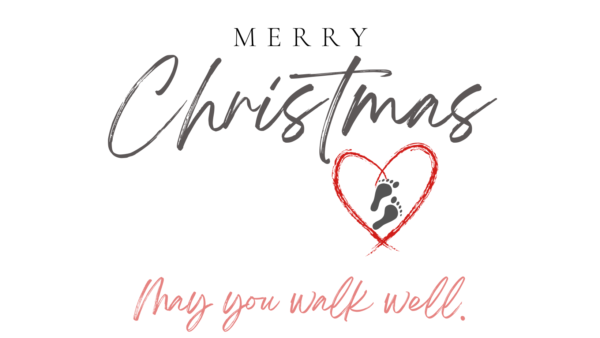