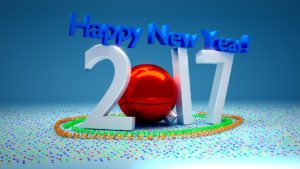 Did everyone have a wonderful Christmas? I sure do hope so. Christmas at my house is always a big deal every year. On Christmas Eve my home is filled to the rim with family and friends, and the noise can be deafening at times, but I LOVE IT!! It’s one of the things I look forward to the most.

But now that’s Christmas is over, and all the decorations are tucked safely away until next year, my mind is on the upcoming New Year. It’s so hard to believe that in four short days we will be entering into 2017.

Where did 2016 go? As I look back over the year, I’m happy about some of the things that I’ve accomplished, and not so much, about the things that I didn’t. I’m not one to make New Year’s resolutions, because  as bad as I hate to admit it, I’ve tried it a few times in the past, and I’ve never kept them. Maybe one reason, is because the ones I have made in the past have been unrealistic or they were just too hard to keep.

However, this year I have made a list of things I’d like to accomplish in 2017, and I’ve pinned it to my refrigerator so I can see it everyday. I’m calling it my ‘goal motivator’. It’s not a long list, but it is of things that are within my reach. One of the things that is at the top of my list is to write and publish book three in The Alabama Brides series :-)

I know that a few of you already have A Marriage of Convenience (book one) & A Marriage Worth Waiting For (book two). But I wanted to start the new year off right and give an ebook copy of both books to one winner.

A MARRIAGE OF CONVENIENCE 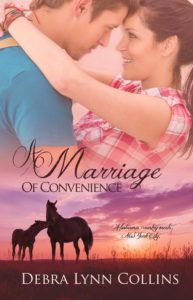 She’s Alabama country, He’s New York City, thrown together by an inheritance they both desperately need. *** In Martin Chapman’s will, his final request is a peculiar one. Upon the day of their marriage, his caregiver Lily Meyers and his grandson Bryce Fowler will become joint beneficiaries of his entire estate, which includes the Chapman Quarter Horse Ranch.

There’s only one problem, Lily and Bryce have never met. For the past three years, Lily and her five-year-old son Joey have lived on the ranch with Martin, never knowing they might inherit anything. Will Lily uproot her son from the only stable home he’s ever known, or will she marry a man she doesn’t know to secure her son’s future?

Bryce’s decision isn’t an easy one either. Will he leave the fast pace and bright city lights of New York City to move to the sleepy little town in Trinity, Alabama, or will the cowboy life and Lily prove challenging enough to chase him back to his comfort zone?

A MARRIAGE WORTH WAITING FOR 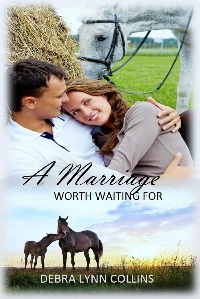 Anslee Ryan’s living her dream. Dream life. Dream job. Dream boyfriend. Until the dream comes crashing down around her. With no good options, she decides to move back home to Trinity, Alabama to nurse her broken heart and figure out where to go from here. But in her absence some things have changed drastically including some additions to the town she doesn’t remember from her first time around. Can she navigate this new landscape and keep her heart from being shredded once more?

Wade Haston hasn’t had life any easier. His first love is now married, and the grandmother who raised him no longer recognizes him. Hurting and very much alone, he has decided that love is a one-way street to getting your heart shattered. However, when a beautiful former Trinity resident shows up, his commitment to being a “confirmed bachelor” might be harder to stick to than he thought. Love always sounded so easy, but he’s no longer sure love is even worth it.

Can he convince her, much less himself, to give love a second chance, and if he does, will he just end up where he started?

Here’s a question for all of you, If you wrote down one thing you’d like to accomplish is 2017, what would it be?

Remember, I will be giving away an ebook copy of both books to one winner. Comment by December the 30th for your chance to win :-)

Carol here! Debra messaged me on Monday to let me know she’s unexpectedly out of town. She was asked to help take supplies to the Gatlinburg area to help those dealing with the aftermath of the fires there. She’ll be in and out as she can, but it may be later this week before she’s able to respond to comments. Please keep her, those helping, and all of the ones affected by the fires in your prayers.