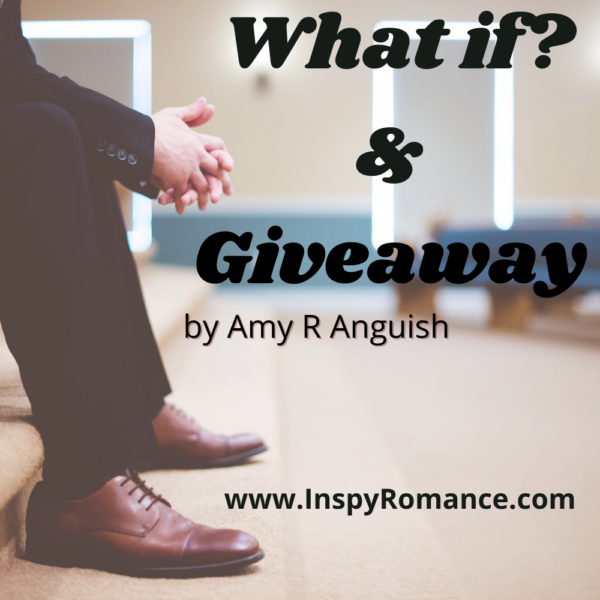 What if you spent your whole life as a Christian, believing in a loving God, trusting the people who worshipped next to you? And then, one day, you didn’t?

Oh sure, it might have been building up for a while, but there was something that occurred to make that break happen.

That could have been me.

I was raised that when anything was going on at the church building, we were there. And sometimes we were there even if nothing was. Because I’m a preacher’s kid. And my parents are amazing–the best! I had a great childhood. This isn’t about that. It’s about what might have happened if I had focused only on the bad things, which sometimes seemed larger than the good.

I could have let my past turn me away from God. Having to move and leave people behind over and over again. Feeling betrayed by some of those I trusted most. Trying to meet expectations that were just a bit higher than normal–or at least it seemed that way.

Instead, I came out with a tiny faith that’s been building up over the years, but that’s another story. The story today is how I took the what if and made it into my newest novel.

No Place Like Home has quite a few bits of my real-life story interwoven with Adrian Stewart’s. She’s a preacher’s kid who has never lived anywhere longer than six years. But Adrian gave up on God when she moved out of her daddy’s house. She can’t trust anyone who calls themselves a Christian. And she definitely doesn’t want anything to do with a church building. 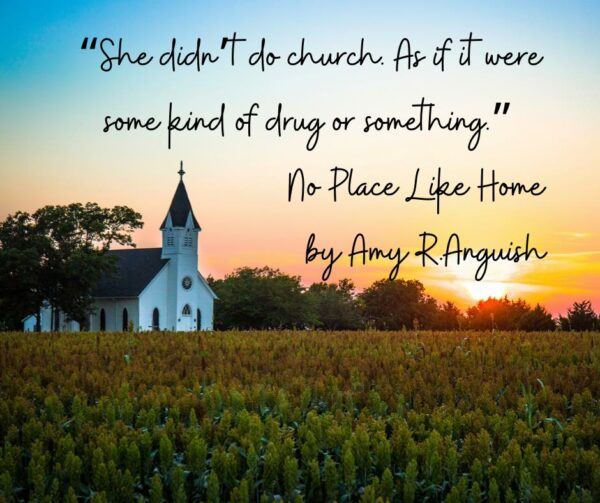 Writing this story was like therapy in some ways. You know how you think you’re okay with certain things and then suddenly you realize you’re not? I still have days like that. But setting down the hurts and confusion and anger into a fictional setting helped a lot. And I even learned a few things alongside my character as I went.

Don’t worry. This is a romance, too. Not just a story about Adrian’s shattered faith. You see, she meets a guy named Gray–a Christian who chooses to be used by God as they work side-by-side while she trains his company to use her software. I think you’re going to like Gray. He’s pretty fun.

But if you ever wondered if an author puts her reality into her fiction, well … sort of. I put some reality in. And I put some “might have been” in, too. And mostly, like always, I answered “what if.”

No Place Like Home releases tomorrow, and I’m giving a paperback copy away. Want a chance at it? US readers who comment will get a chance when I do the drawing on Friday, December 10th.

We’ve all taken paths where if we’d chosen a different way, our life would have turned out much differently. If you wrote a story about a “might have been” in your life, what would your story be about? 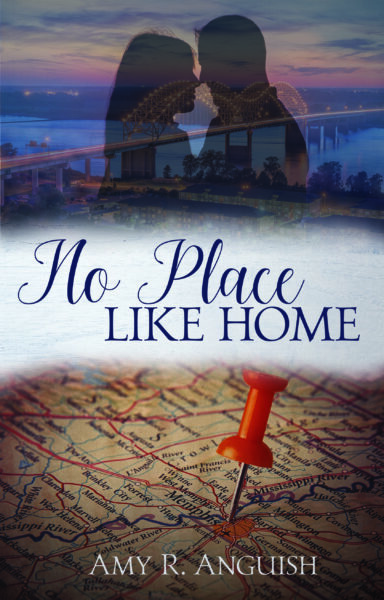 Roots are overrated, at least to someone like Adrian Stewart, preacher’s kid, who has never lived anywhere longer than six years. That’s why her job with MidUSLogIn is so perfect for her—lots of travel and staying nowhere long enough to have it feel like home. But when work takes her to Memphis, TN, closer to her family for the first time in years, and in the same small office as Grayson Roberts, she starts to question her job, her lack of home, and even her memories of her rocky past with the church.

Gray is intrigued by Adrian from the moment he sees her, and he’s determined to get to the bottom of why this girl who loves old movies and hums when she works won’t go to church with him. As they grow closer, he wants more, too, but how can he convince her to stay in Memphis when she doesn’t believe in home—or God? Can he use his own broken past to break through hers?