We all know the old English idiom, “don’t judge a book by its cover”. As true as that might be, whether or not the writer was actually talking books here, that’s exactly the first thing I judge a book by.

Unless it’s the work of an author I know and love, the initial thing that draws me to pick up a book from the shelf, is the cover. Then I’ll turn to the back and the blurb. I’m willing to bet that’s the case with most readers.

I’ve spent the last few days agonizing over cover images. I had about seventy stock images that I need to use up within the next month as I’m cancelling my subscription with one of my stock photo suppliers—I simply can’t get through all the images I get. The result of this was that I had to plan out my entire Under the Sun collection…ten years’ worth of work if I write three books per year for this collection. Although I should have spent the time writing and editing, it was good that I was forced to take time out to do this. It was in searching for relevant cover images that I realized the need to split the collection into series. I now have ten series planned in this collection. A Time to Laugh that released this past Monday in the Love at First Laugh box set is Book One in the first three-book series, Seasons of Change. Other series I plan to write in this collection that are: Seasons of Acceptance, Seasons of Charity, Seasons of Courage, Seasons of Perseverance, Seasons of Contentment, Seasons of Faith, Seasons of Trust, Seasons of Hope, and Seasons of Grace. 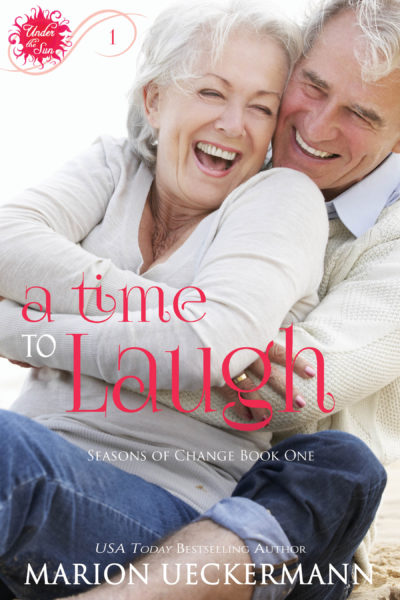 I also spent time this week agonizing over other covers. You see, on Friday I accidentally deleted some folders from my main Under the Sun collection folder. I managed to recover some files with recovery software, but it seems that my Photoshop files were not able to be retrieved. So I had to recreate A Time to Laugh’s front cover, back cover, and the full cover for print. What a schlepp! But, I’ve finally managed to get myself back to square one where this particular book is concerned and I’m ready to go to print as soon as 25th March rolls by…the date we’ve set for solo print releases.

But there was a further reason I suddenly felt like a cover queen this weekend. There’s an upcoming Scottish Highlander sweepstakes taking place later this month. Although I have a swoon-worthy Highlander hero in A Husband for Holly, I was concerned that my cover didn’t say Highlander. It didn’t even say Scotland. 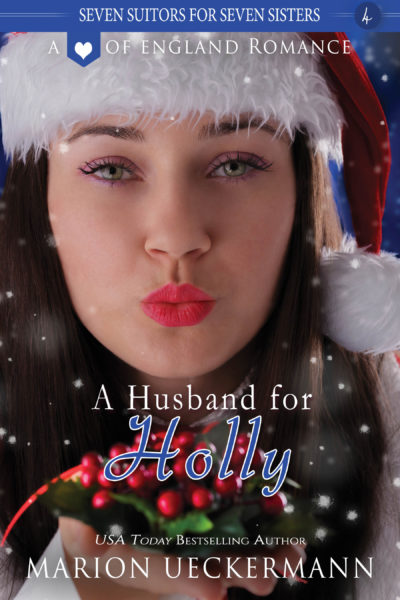 No problem, I figured. For the purpose of the sweepstakes, I’d just change the front cover image and use the stunning back cover image from my print version. Still the same book; and I’d gift a hard copy to prove it  :) 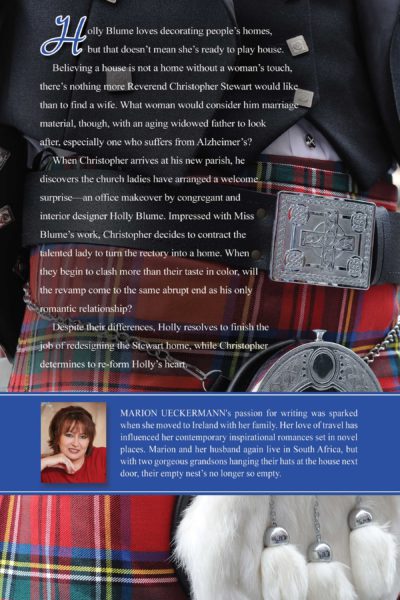 But when I put the good Reverend Stewart onto the front cover, for me, it just didn’t work. My great plan was nothing more than an epic fail. Still the same book, but in my opinion, not nearly as appealing as the original cover, and yet, the Scotsman in a kilt worked for the back cover. 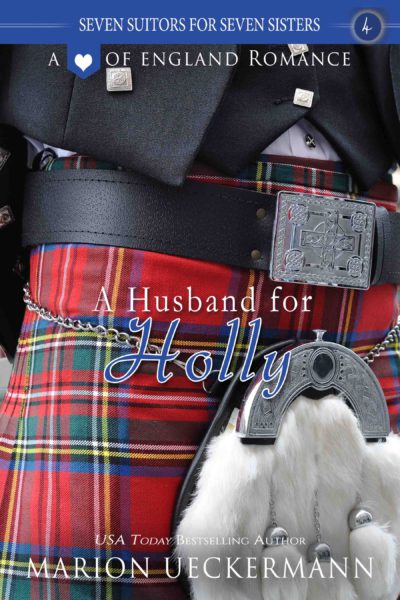 So how was I to bring Scotland, or a Scottish hero, to readers’ first impression of this book? In the end, it was so simple. I merely changed the blue banner at the top, into a tartan banner. Not just any tartan, mind you—Royal Stewart tartan, because it’s the plaid of my hero’s clan, as is the kilt the hero’s wearing on the back cover. 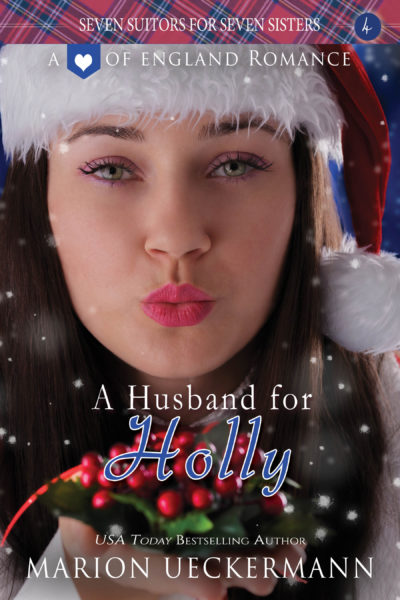 To show you that my hero is deserving of being in this sweepstakes, at least according to my heroine, Holly Blume, here’s a short excerpt I thought you’d enjoy…

Oh, and before you go, do share with us what attracts you to a book, or what your favorite kind of cover is.

Pulling the quilt tighter, she strode off between the trees to cross the field behind her house, headed straight for the church. The drone of the bagpipes grew louder with each step. One small mercy to this morning—it wasn’t raining.

Vapor turned the air a misty white with each breath Heather huffed out. She bent over to catch her breath. “Who on earth is playing bagpipes at this hour? Do you have a new neighbor?”

“Not that I’m aware of. Whoever he is, he’ll have to find another spot to play. I’m surprised old man Winkler isn’t already up that hill, giving the piper a piece of his mind.”

“Maybe he can’t hear. He’s rather deaf. Perhaps it’s not as audible at his house—we are the closest neighbors to the church.”

“Perhaps. Whatever the reason, I’ll save Winkler the effort.”

The man carried on playing. Was he ignoring her, or could he not hear above the blare of the pipes?

Holly glanced back at Heather, following close behind, before she marched up to the insufferable musician. She planted her flowery wellies firmly on the ground, not that he could see with his eyes closed. Holding onto the quilt with one hand, she eased the other out from under the covering and poked his arm. “Some of us are still trying to sleep!”

His eyelids flew open to reveal pale cornflower-blue circles. As his cheeks deflated, a gorgeous dimple formed on either side of his face, just above his strong, smooth jawline…with its cleft chin. Too much attention to detail. This wasn’t a room interior she was scrutinizing.

“Mornin’.” He rolled his ‘r’. His smile weakened Holly’s knees and her resolve died a slow, miserable death like the bagpipe emptying of air.

Heather elbowed her in the side before smiling wide. “Hello. Top of the morning to you,” she greeted in her sweetest voice.

Holly stabbed a look at her sister then leaned closer to whisper, “That’s for the Irish.”

Sorry? Didnae know? Whichever road he’d taken, he would’ve seen the houses near the church. Unless he hadn’t driven from Robin Hood’s Bay. Whatever, those crystal pools of blue that held her gaze didn’t look at all sorry. In fact, they seemed to dance with mischief.

She glanced away, and her gaze fluttered down like an autumn leaf falling from a tree as she took in his black double-breasted jacket and the white shirt peeking out beneath it. Then the intriguing Celtic-patterned belt hugging his hips. She stopped before she reached the white fur sporran in her peripheral view, and her eyes focused on the kilt he wore. She sucked in a breath. She knew that tartan.

“Guidbye. Nice blooms by the way.”

Nice Blumes! The nerve. If he knows us, how can he stand there and blatantly tell us he ‘didnae know’ there were people living so close.

Heather didn’t. “It was nice to meet you.”

Holly glanced down at her flowery boots peeking out of the quilt with each step and pressed a palm to her brow. Okay, so he didn’t know them. Still, he shouldn’t be out so early, waking the neighborhood.

Catching up to Holly, Heather gave her a light smack on the back. “You sure put him in his place.” She hurried to walk in front and turned, taking her steps backward. “Did you get a look at those eyes and dimples? He’s gorgeous.”

“I hadn’t noticed.” A lie she’d have to confess before taking communion this morning.

“Right.” Heather dragged out the word. “Isn’t there just something to be said about a man in a kilt?”

“If there were, I wouldn’t know what it was, except maybe ridiculous.” Ugh, more confession. Would she even make it to the altar today?

Holly picked up her pace, and Heather righted her direction to walk alongside her. She weaved her arm into Holly’s.

“Nothing.” Holly glanced over her shoulder, past the gravestones dotting the distance between them and the lone piper. He still stood where they’d left him, his gaze fixed on their retreating forms.

“Did you get a look at his tartan?”

“Yes. It’s red. So what?” Heather squeezed Holly’s arm then pressed her head against her shoulder. “Still having regrets about going purple in the reverend’s office?”

Holly shook her head. “It’s the Stewart tartan. I was just rude to the new reverend’s son.”