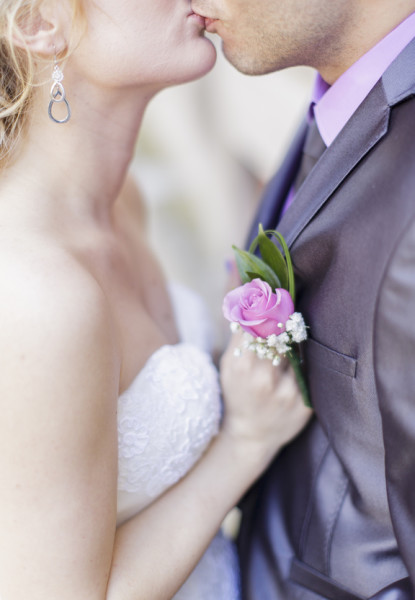 Till I loved I never lived—enough.
Emily Dickinson

I’ll admit I’ve thumbed through a few secular romance books in my time, at least enough to know the basic formula. It seems as though I make a confession of sorts in every one of my blog posts here on InspyRomance. Well, here’s this month’s confession: on a whim, I downloaded a bestselling romance novel from a topselling author when it was free recently just to see what all the fuss was about and skimmed it. Let me make this perfectly clear: I do not do this on a regular basis, but my curiosity simply got the better of me. I’m human. Quite frankly, after I’d skimmed scenes where the couple had relations in just about every area of the house, and barn, and outside (everywhere but the roof, it seemed), I was actually bored (don’t readers get tired of this over and over again?) and promptly deleted it from my Kindle. Character development took a backseat to . . . you know. Yet this book is from a wildly popular secular romance author who makes millions of dollars. The one redeeming value: it had the requisite happily ever after ending where at least the couple married. Ahem. I’ll stick to my sweet Christian romances, thank you very much, and hold my head high. Shaking it off . . . . and lesson learned!

I’ve had people, both male and female, ask me if I write the so-called “bodice rippers.” In many cases when that question is asked, there’s a basic lack of understanding  of what actually makes a romance “Christian.”  Mind you, I started writing this blog post not to differentiate what makes a Christian romance different from its secular counterparts, although there should most definitely be a difference in content and focus. But, you know what? The more I got to writing. . .and thinking. . .the more I realized it’s those very same qualities that make a Christian romance truly romantic that make them different, and set them apart, from secular romances. So, here’s my list, and I’d love to hear from you—readers and authors alike—as to what should make our Christian romances stand apart:

*Prayer, missions, an acknowledgment of the existence of God, a spiritual and/or emotional awakening in one or more characters. This aspect is either strong or subtle in most Christian romances. I could write an entire blog post on this topic, but that’s for another day. When it comes right down to it, it’s a personal preference on the part of both the reader and the author. Here’s my contention:  After we search our souls and find that inner peace within ourselves through a relationship with Christ, we are truly free–wholly and completely–to love another in a romantic way.

*A lack of sex or overly sensual scenes. In that basic “formula” I mentioned above, the secular romances feature a sex scene approximately every 10-15 pages like clockwork. Think about it. A Christian romance author has to work a lot harder and craft a pretty interesting story to keep a reader turning the pages without using the crutch of a sex scene. Christian authors strive to present a God-honoring relationship. That’s not to say a romantic relationship between two Christians doesn’t have desire and temptation because it certainly does. How desire and sexual temptation is honestly acknowledged and handled is one of the most powerful aspects of a Christian romance. We’re all sinners and none are perfect but the Lord Jesus. If Christian characters do fall to sexual temptation, however, the way in which it’s handled and the resulting consequences can be a very strong representation of God’s love, grace and His forgiveness. Those familiar with my books will know I’ve written both scenarios. They reflect “real life” circumstances that happen in many relationships.

Let me give you an example from Prelude, my most recent release and the prequel in The Lewis Legacy Series (the love story of the parents of the core character in the series). I’m highlighting the section at the end which proves my point:

Moving his hands to her face, Sam caressed Sarah’s cheeks with his thumbs, drinking in her features, memorizing them, knowing he’d carry her in his heart forever. “You are the only woman I want to hold in my arms until eternity comes in view.”
“Captain,” she whispered, lifting her lips to his. “The things you say. Kiss me again, please.”
“It’s my great honor.”
Loving the gleam in her eyes, Sam lowered his head. As he settled into the kiss, he knew something else. He’d be walking her home very soon. He was only a man, after all, and so very human.

*A lack of obscenities and offensive language. Even the sweetest of secular romances sometimes have at least one or more four-letter curse words or at least a pretty clear imitation of that same word. One of the things I despise both in movies and books is the presence of both sex and language. For most moviegoers and readers, they are commonplace in their everyday lives, and so. . .there they are. Simply put, I personally cannot admire a man who swears. Sure, there are some gray areas/circumstances when a man is severely provoked and even the strongest man might utter a curse word. That’s where the humanity factor comes into play again. My point? I don’t need the actual word spelled out. If the writer is skilled, I will feel the character’s pain, anguish, or disillusionment. Mind you, I’m fully aware even Christian authors have varying opinions on this topic, just as they do about the level of sensuality, drinking, and several other topics in the books they write, but that’s where the personal preference comes into play. I’m certainly not here to pass judgment but to present my own opinions and to let you know what to expect when you read one of my books.

Finally, let’s discuss the actual “romance” part. Are all men romantic? Of course not. But, let’s be honest. As readers, do we crave reading about a man who doesn’t take care of himself and/or doesn’t have a romantic bone in his body? Of course not! I don’t mind a grumpy hero. Matter of fact, I sometimes like them grumpy and irritable because that makes the times when they’re sweet and thoughtful all the more special. 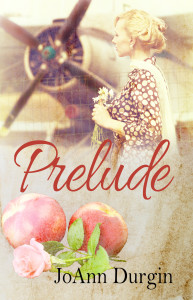 I’m going to leave you with one of my favorite scenes in Prelude, a moment when Sam is more than irritated and at his grumpy best (he also makes a selfless sacrifice for Sarah, which I find extremely hero-worthy, not to mention he gives her a pretty great foot massage–as I mentioned above, making a scene like the one above that much more rewarding). But the following scene was so much fun for me to write (almost as much as the romantic scenes):

“At least I’m not afraid to try new things.” Sam’s gaze traveled down to her feet. “And I don’t wear rubber-soled shoes intended for senior citizens.”
Okay, that comment pushed her to the brink. Seemed when the man’s feelings were hurt, Sam shot back with biting comments. Inside, Sarah seethed. “Why not go ahead and insult my hairnet and get that out of your system, too? Have at it. I’ll have you know these shoes are a necessity since I’m on my feet for hours every day here at Perry’s.”
“I know that.”
Tossing the rag on the table, she lowered one hand to her hip. “You try working eight hours on your feet. Wiping up spit and snot, serving sometimes surly and rude customers, and then keeping a smile pasted on your face and calling out ‘Thank you for your patronage’ when someone walks out the door without leaving a tip.”
Sarah bit her lower lip. That last part was uncalled for since Sam had singlehandedly given her nearly a hundred dollars in extra tips in the last couple of weeks alone. Ridiculous amounts, really, but she’d given up trying to return any of it. She’d tried at first, but he’d adamantly refused. Before she burst out and said something they’d both regret—or weep in his presence—one of them needed to leave. Considering she was in her place of work, Sam had to go.
“You should leave.”
“I agree.” He pulled at his silly collar named after miniature orange slices in a can and stalked toward the door. Pausing, he spun around. “Look, I know you do a great job here at Perry’s, and I’m sorry if some of your customers don’t appreciate you. But you’re one of the most stubborn women I’ve ever known.”
Sarah swallowed the huge lump in her throat. “Have a wonderful evening.”
Sam tugged on the handle of the door, sending the bell jingling and making her want to yank off that bell. “Same to you.” He lifted his head to the ceiling and closed his eyes—sure looked like he was counting under his breath—before walking back over to her with his purposeful stride. “You could stop me with one little word, Sarah. One. Word.” Fire sparked in his blue eyes and the muscles in his jaws visibly tightened.
“I’ll give you five. Thank you for your patronage.” She didn’t flinch although his gaze bore straight into her soul.

Leave a comment and you could win an eBook copy of Prelude: The Prequel to The Lewis Legacy Series.