The fun part of starting a new book—or in my case, a new series—is the opportunity to get acquainted with the characters whose stories I will be telling. In order to write characters who resonate with readers, I need to spend time getting to know them. Delving into their past–or backstory–is a part of the process that I really enjoy. 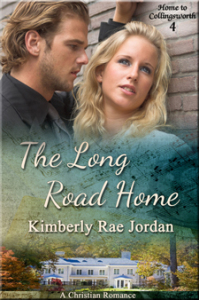 In my Home to Collingsworth series, five of the siblings had a similar upbringing and experiences with their grandmother, but because of their ages and personalities, they dealt with that backstory in different ways. My favorite sibling—though they are all special to me for different reasons!—is probably Cami from THE LONG ROAD HOME. She was the most rebellious of all the sisters. In the early books, what I knew about her was that she loved music, drank more than she should have and liked to provoke her sisters—particularly her oldest one, Jessa. It wasn’t until I started to write her story that more and more of her backstory came to me and with it, the understanding of why she was the way she was. The depth of her backstory took her from being a character that people didn’t necessarily like to one of their favorites of the series. 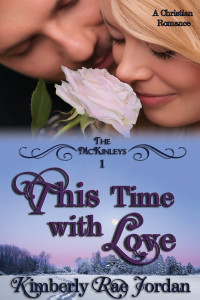 My new release, THIS TIME WITH LOVE, has two main characters—Eric and Staci—who had a previous relationship with each other that was not healthy for either of them. At that time, they were still under the influences of their pasts and the backstories that weighed heavily on them. Fast forward six years and their paths have crossed once again. Though they both have God in their lives now, the temptation to fall back into old patterns and roles is difficult to resist. The past they’ve each worked to overcome once again tries to assert itself. Eric and Staci have to make a choice. Do they allow the past to rob them of future joy? Or do they trust God to help them leave the past where it belongs and move on together?

In real life, we each have our own backstory as well. When I read stories of what some people have overcome—what they’ve chosen to overcome—in their past, I am always amazed by their strength and perseverance. Some people choose to let backstories like that drag them down and use it as an excuse for why they’re not a better person. Or why they continue to hurt others. Like Eric and Staci, we each have a choice on how we’re going to allow our backstory to influence our present and our future. Having a bad or difficult backstory doesn’t mean the future must be the same. With God’s help and guidance, even the worst backstory can be overcome.

Did you—or do you—have a backstory that you struggle with? Even those of us with seemingly idyllic childhoods can struggle with issues that have arisen from that time and the years since. In the midst of it all, I cling to the truth that He who is in me is greater than he who is in the world. No matter what life may have thrown at us—or will throw at us—with God’s strength, we can overcome!