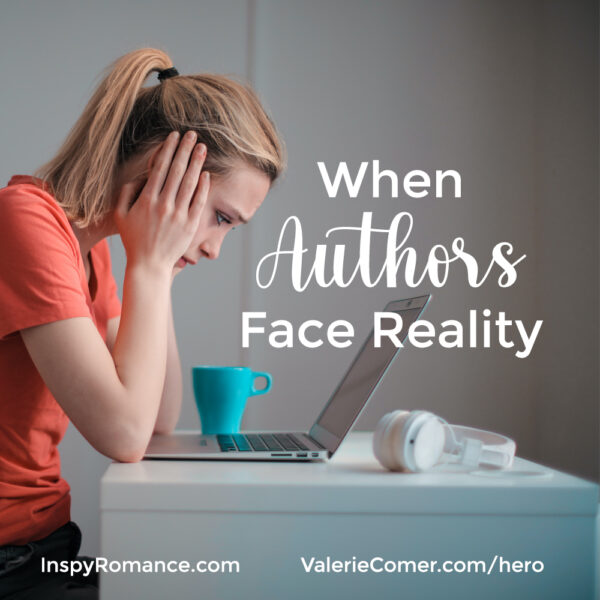 *author in photo may not be an exact representation of reality…

About two years ago, Elizabeth, Narelle, and I talked about Easter romances with Lee Tobin McClain on a StoryChats podcast. I’m not sure if you’ve noticed, but there are whole lot of Christmas romances out there, but very few focused on Easter! We mused about why that might be while highlighting a few that did fit the bill.

Beth and I chatted about Easter romances a few more times before deciding that we did, in fact, need to write some. We shared our vision with a few other authors of CCR and began to sort out what a multi-author Easter-themed series might look like.

When the concept of world-famous, destination-type passion plays came to the forefront of our discussions, we knew we had a foundation that could support multiple stories.

We created the town of Gilead, Kansas, which you may have already visited in Elizabeth Maddrey’s The Billionaire’s Nanny, when THAT story’s heroine goes home to see her parents and sister. We created Gilead Bible College and determined the parameters of why this random little college town on the prairies would produce an annual passion play. And then we began to brainstorm characters and story ideas. Whose characters would be in the cast? Which would be support workers? Which would be residents of small-town Gilead? How would all their lives intersect?

I doodled ideas. This was going to be separate from any of my series, but I still wanted it to tie into those. Did I have a spare character floating around who might deserve his or her own story? Someone my existing readers might care about?

I was writing Kiss Me Like You Mean It, Cowboy at the time, a story about a young single mom with a then-six-year-old. Dafne Santoro had been a side character throughout the Urban Farm Fresh Romance series, and we’d met her son’s father a few times. Frankly, he was a deadbeat. A loser. Way back at the beginning, he’d encouraged teenaged Dafne to abort. She chose not to. Chose instead to keep the baby and raise him herself.

Connor Hamelin stayed far, far away. But why?

Well, it seemed obvious to me. They’d both been high-school kids. His family life put the dys in dysfunctional. Dafne’s parents stepped in to help her with her son. It was easier for Connor to remain on the sidelines, at least until Dafne’s new husband wanted to adopt Gavin.

But as I began to contemplate Connor’s story of redemption, I came face to face with reality in the light of actual laws making it difficult for parents to give up rights to their children. It became harder and harder to present Connor as a likeable character with this abandonment in his background. How could he just release Gavin to his new stepfather and still be sympathetic to readers?

I thought of this way to get around the problem, but no. How about that way? Also no. But after several brainstorming sessions with others more familiar than I with legal matters (including a family law intern — thanks, Natalie!), we found the tightrope Connor needed to walk.

Suddenly, the struggle of whether or not he should release his son for adoption became foundational to this Easter tale of redemption, which means the story didn’t turn out at all like I’d originally envisaged. However, I think it is way stronger!

The heroine’s story, then, found parallels to Dafne’s story, with Zoey as a single mom whose ex hadn’t wanted their child, either.

Those similarities provide a bond between Connor and Zoey, but also a lot of friction. Being cast as Jesus in the annual passion play throws unbelieving Connor for a loop. But, through his study of the character he’s portraying and the lives of those around him, including Zoey, Connor realizes that the Man he is pretending to be is who He claimed to be: the Savior of the world.

I hope you’ll come to Gilead, immerse in the passion play, and experience again the wonder of redemption through God’s infinite love for you. 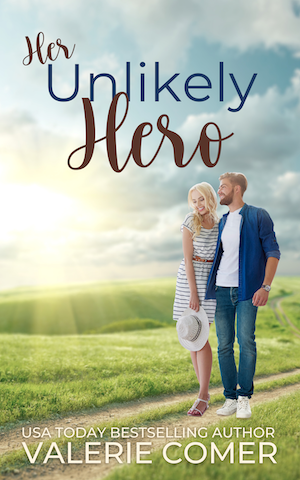 Connor Hamelin’s Kansas farm boss offers wages through the winter if he’ll try out for the annual passion play. Connor’s been drifting, but sticking around sounds good. Figuring he can channel Judas, he auditions… and is cast as Jesus. Ugh, but maybe he’ll finally understand all the religious nuts in his life.

Single mom Zoey Matthews helps in the wardrobe department for the local passion play as well as participating in crowd scenes with her young daughter. Zoey might be intrigued by the unlikely guy cast as Jesus in this year’s production, but she’s not looking for romance, especially not with an unbeliever too similar to her bad-boy ex.

Connor doesn’t deserve a chance to make amends for his past nor another chance at love. He definitely doesn’t deserve the forgiveness of the Savior he’s portraying… but God is a God of redemption and second chances.

What Easter themed romances have you read? Why do YOU think there are fewer of them than Christmas romances?