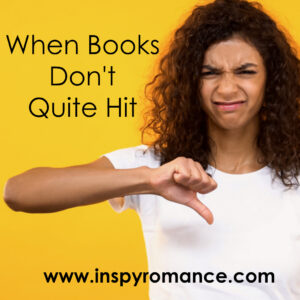 There’s a lovely and ultra-successful romance author who amuses me by referring to her books as being racehorses or donkeys. Her “racehorses” are the titles that sell many copies, while the “donkeys” perform far less well.

The author I refer to has written hundreds of books, some of which have been tremendously successful, giving her the data to back up her observations. I only have six novels (and three novellas that I don’t really count because I don’t sell them in the same way). And none of my books have been bestsellers. But even within my small field, I’ve noticed that one of my books has been far less popular than the others.

When I first began putting books out, I didn’t realise that stories from the same brain, written with the same heart and an equal amount of skill, might still not be equally received by readers.

But when I thought about it some more, it seems obvious. As a reader, some of my favourite authors have stories I didn’t enjoy as much as the titles that made me fall in love with their writing.

When a story doesn’t “hit” quite as well, it’s usually not an issue of writing quality, but something else. Perhaps the characters didn’t resonate with readers, or the premise of the story wasn’t appealing. 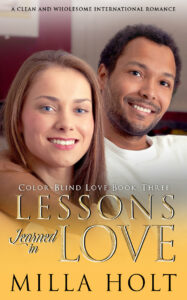 I have one book that consistently lags far behind my others. My “donkey” book, Lessons Learned in Love, recently hit its second birthday. It’s the third in a series, but the books that come before and after it have proven to be far more popular. From my sales numbers, it’s as though people read books one and two, skip book three, and move on to book four. Based on anecdotal evidence, discussions with other writers, and pure speculation, I have an idea why that is.

Although interracial romance has a solid readership, there’s a marked preference for books that have a Black heroine. Interracial romance where the female lead is White don’t seem to sell anywhere near as well. Why is this? I have no clear idea. In order to sell better, I could avoid pairing White women with men of colour in future books, but I won’t. (I might just be sneaky about it and not put people on the covers!)

However, I can’t completely ignore what makes books popular. It’s wise to write what sells well, because the sales support our continued writing. But on the other hand, there are some stories that may not have mass appeal but still have their place. It’s a tightrope authors understand all too well.

Sometimes, though, a book may not do well because of issues with the story itself.

And I’m open to the possibility that readers didn’t respond to something in the story of my “donkey” book.

One of my favourite authors, whose stories I regularly re-read, wrote one book I didn’t enjoy. It has to do with the characters. The male character was callous, cruel, and selfish for most of the story, and I thought he didn’t grovel quite enough when he saw the error of his ways. And the female character, while much-wronged, had some attitudes I found strange and unrelatable.

This isn’t meant to be a negative post, so I won’t ask for specific examples. But are there authors whose work you normally love, who also have that one book that doesn’t quite do it for you?