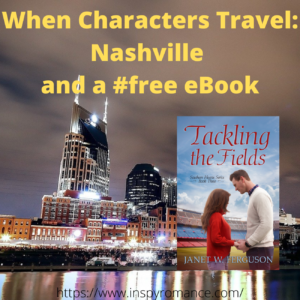 While writing Tackling the Fields, I sent two of the characters who were musically inclined to Nashville, Tennessee. The city is also known by many as Music City, and these two young characters, Audrey and Bryan, were on the verge of being considered by an agent.

The Southern City in Tennessee is about six hours from where I live in Mississippi, so it isn’t a terrible drive. We’ve traveled there a number of times over the years. The American Christian Fiction Writers conference was there a few years ago, and I had so much fun getting to spend time in person with some of my critique partners. We walked down music row and went out to eat some delicious barbeque! There’s so much good food and good music around town. The Christy awards also take place in downtown Nashville, and it was certainly a dream come true to be a finalist and attend the ceremony! 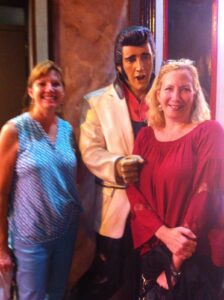 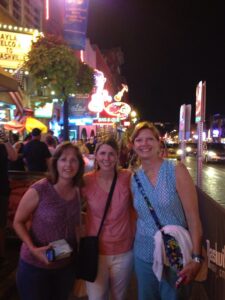 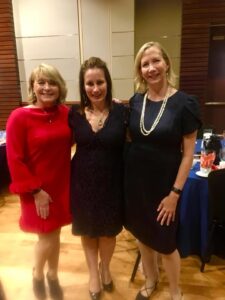 I’ve also attended a football bowl game in the Titan stadium when my husband’s favorite team played there. We walked across the bridge afterward and it was beautiful. 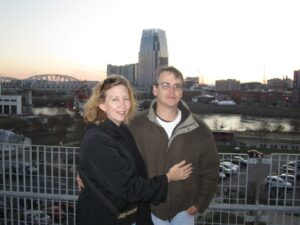 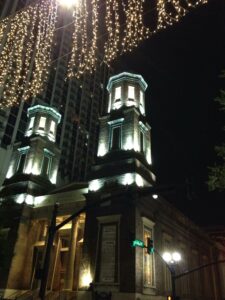 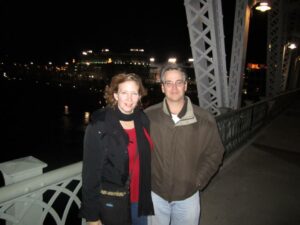 Another super interesting thing I love to visit when in Nashville is The Parthenon. It’s supposed to be a replica of the original temple in Athens, Greece. I find it intriguing each time I see it! 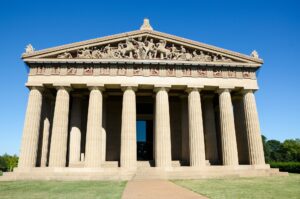 There’s so much more to do and see in Nashville, but this is a tiny teaspoon of the city. It was fun taking my characters on the road trip! Maybe someday I’ll set a full novel there.

I recently tweaked my cover for Tackling the Fields too, so I decided to offer it for free to celebrate! If you don’t have it, enjoy! If you do have it, spread the word! 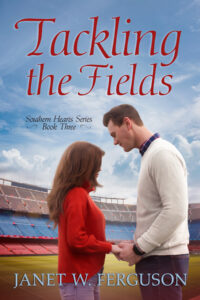 Question: Is there something intriguing to see near you?