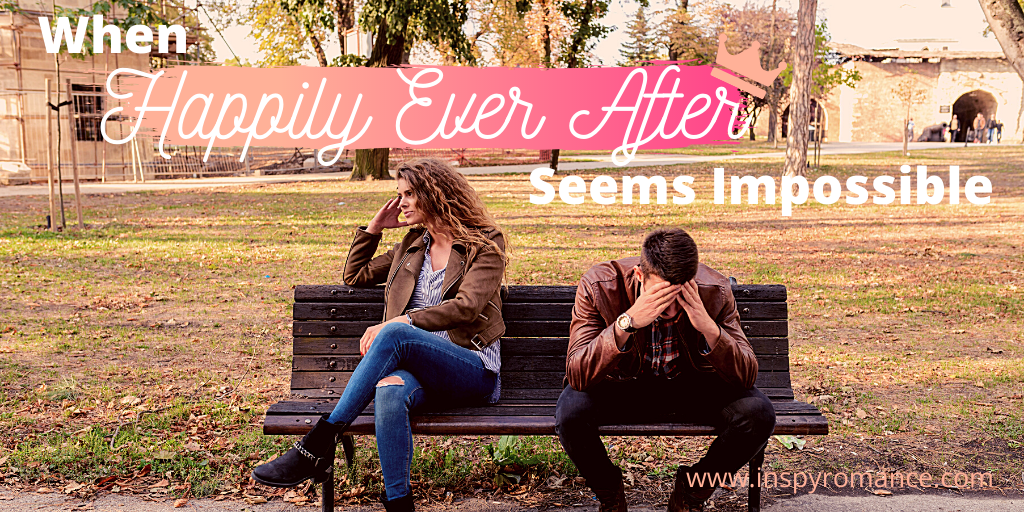 If you haven’t heard my big news, I found out this week that I’m cancer free!!! This may seem like it has nothing to do with contemporary Christian romance, but for me it makes a world of difference. I can now regain the energy needed to write more books, which is good since I’m supposed to have two Christmas novellas releasing in October.

This is my comeback, so today that’s what we are going to talk about. If done well, The Comeback is my favorite part of a novel. This is when, though all hope seems lost, the character rises up and uses the gifts they’ve been given and the lessons and friends gained along the way to overcome the greatest challenge they’ve ever faced.

It gives us hope for our own lives. It reminds us that we can’t quit. It means trusting God is in the business of redemption.

The trick to writing a good comeback is to make the happily ever after seem impossible. And I don’t just mean a scene where the hero and heroine misunderstand each other, and, if they would simply talk, the whole problem could be avoided. That’s way too easy. And it makes you readers roll your eyes. And, yes, I’ve done it before. So sorry.

Rather, I must create real problems for the couple to overcome. My job as a romance author is actually to keep the hero and heroine apart. To make the reader’s heart ache because they can relate. To force the characters to face their failures and find healing through self-sacrifice.

Because this stuff is real, you guys. We often get in our own way. Relationships are hard. Love can hurt. But even when we lose, it’s worth the effort.

So how do I show all that through a novel? Five ways.

First, there is external conflict. Some tangible obstacle. I’ll use examples from my own life that could work: finances, family, friends, health, career, religion, distance, addiction, danger. (Not that I’m in danger very often, but one time I blew a tire on the freeway…)

Second, this external conflict leads to an internal conflict for the heroine. It forces the characters out of their comfort zone so they must face a misbelief they learned from their past.

In Finding Love in Big Sky, Paisley needs financial help to turn her ranch into a retreat center, so Josh steps in with his marketing expertise in exchange for room and board, thus she’s forced to face the way he’d rejected her in the past.

In Finding Love at the Oregon Coast, Christina is a runaway bride who ends up honeymooning alone at a bed and breakfast run by the kind of God-fearing guy she’d wanted her fiance to be, and she actually wants him to be a gift from God, but, when her fiance shows up a changed man, she feels like not taking him back would be a slap in God’s face after all the prayers she’d prayed.

In Finding Love in Park City, CJ needs help balancing her responsibilities as career woman and single mom, but she’s afraid if she lets the guy helping her get too close, then she would run the risk of letting down her son the way his dad already had.

Those two issues should be tough enough, but there’s more. Third, the other main character also has to face his misbeliefs, which likely coincide. Have you seen The Fugitive? (It’s okay if you haven’t. I’m going to use examples from action movies from here on out so I don’t ruin The Comeback of any romance novels you have yet to read.) In The Fugitive, Harrison Ford’s character believes he has to prove himself innocent because the police don’t care if he’s guilty or not, and Tommy Lee Jones even says, “I don’t care” based on his own misbelief. But together they overcome their misbeliefs and take down the real criminal.

Fourth, there are surprises, so that just when you think the heroine is about to overcome, there’s another layer added, which is so much worse. Have you seen World War Z? Brad Pitt believes his job is simply to protect the only guy smart enough to stop the zombies, then the brainiac accidentally shoots himself and dies. How can Brad possibly save the world when he can’t even save one guy? I promise the whole audience felt that one.

Fifth, The Comeback. Okay, we’ll go with Elf because it’s one of my favorite movie endings of all time. It takes every single character overcoming their misbeliefs in order to get to the happily ever after of Santa delivering Christmas gifts. Career-driven Dad has to quit his job to put his family first. Jovie has to start the caroling even though she hates singing in front of people. Elf’s brother Michael has to believe in Santa Clause again and share this “embarrassing” belief on national television. And Elf has to accept that there can be good from him being a human raised by elves. Every comeback counts.

A friend sent me a quote yesterday that really resonated. She said, “The comeback is always greater than the setback.” This is the message of hope that I want my romance novels to offer the world. 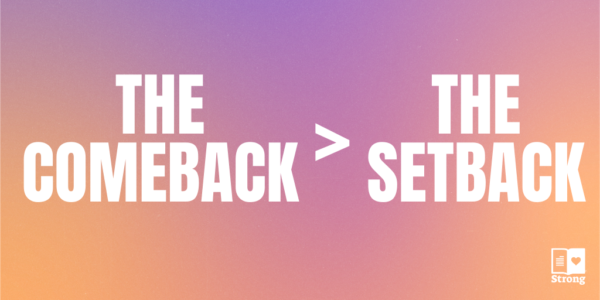 So, when your own happily ever after seems impossible, face your challenges like the heroine in one of my books. Know your external challenge is going to trigger an internal challenge, other people in your life are going through something similar, it’s going to get worse before it gets better, AND you can overcome.

Let’s all make the most of this gift called life and live up to the name my dad likes to call me: The Comeback Kid.