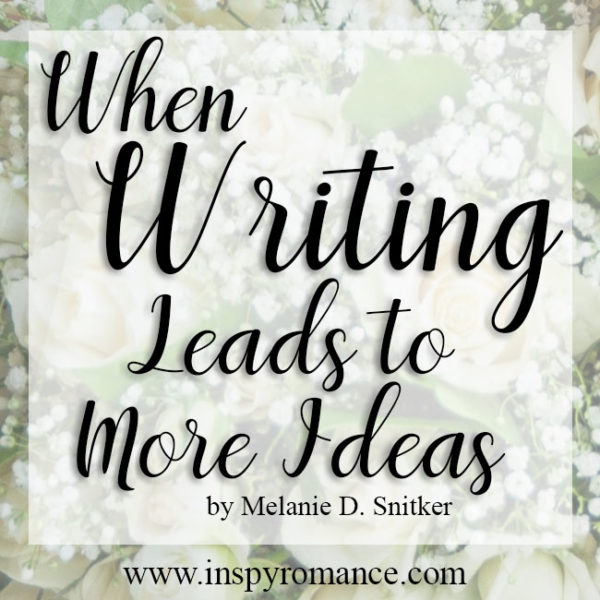 Whenever I’m working on a story that’s part of a series, I try to keep in mind the characters I may need for future books. This usually requires some planning on my part. Often times, I create a character with just a few vague details so that I have room to play when he or she shows up in a book later.

I just finished writing Marrying Chrissy this month (the third book in my Brides of Clearwater series). I knew I was going to create Chrissy’s sister, Emma, as a potential future heroine in her own book. What surprised me is that Wyatt’s sister, Bonnie, also became very real and is insisting on her own book as well. I love it because both characters already have a lot of depth and an amazing story that begs to be told.

I think the hardest thing will be figuring out which one to write first!

Emma – She’s dealt with illness most of her life. As a child, she was sick a lot, and this only got worse as she got older. She had heart problems that continued to get worse until a heart transplant was her only option. After praying and waiting for what felt like forever, the loss of someone’s loved one meant saving Emma’s life. It’s been over a year since her heart transplant. She’s thankful to be alive, even if life is still far from easy. Emma’s certain that no man will ever want her. Between the scars from the surgery and her continuing health concerns, it’s a lot for any guy to take on. Can someone show her just how strong and beautiful she really is, both inside and out?

Bonnie – She was raised in a very wealthy home by parents who focused heavily on continuing to make money. They love their children but expect them to follow suite by pursuing money and making their own fortunes. When she became a nanny several years ago, they were less than thrilled. They were sure her interest in the job would fade, but Bonnie quickly learned that it was her dream job. She’s been taking care of a young boy while his single dad is at work. The more she’s drawn into the family, the more she realizes just how much of her heart she’s given to them both.

Giveaway: $5.00 Amazon Gift Card
It was awesome to get both of these great characters and story ideas while writing Marrying Chrissy. Normally, though, I tend to get my best story ideas at the weirdest times. Right before bed time, in the middle of the night, while driving the car, and while taking a shower are some of the most common times.

What about you? Do you get ideas or random thoughts at some of the oddest times as well? Or is your mind pretty organized? Comment below, and you’ll be entered to win a $5.00 Amazon gift card! This giveaway will remain open through August 26th. A winner will be chosen randomly and contacted on August 27th. I look forward to reading your responses! 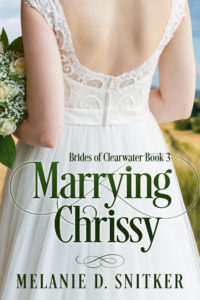 From fake relationship to forever love 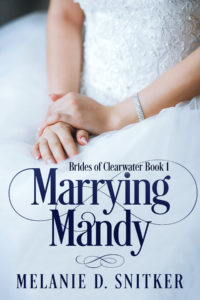 If you are new to the Brides of Clearwater, you can pick up the first book in the series,
Marrying Mandy, for only $0.99 through the month of August. 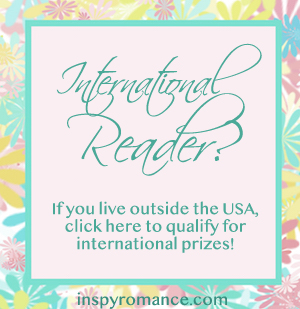 Our 2018 Back-to-School Giveaway is now open! If you live outside the USA, you know how rare international paperback giveaways are. Well, here at Inspy Romance, we want to honor ALL our readers, no matter where you live. But, if we don’t know who you are, we can’t enter you in the international giveaway. Please take two seconds to fill in this form (even if you think we already recognize your name) if your mailing address is outside the USA. Click here.