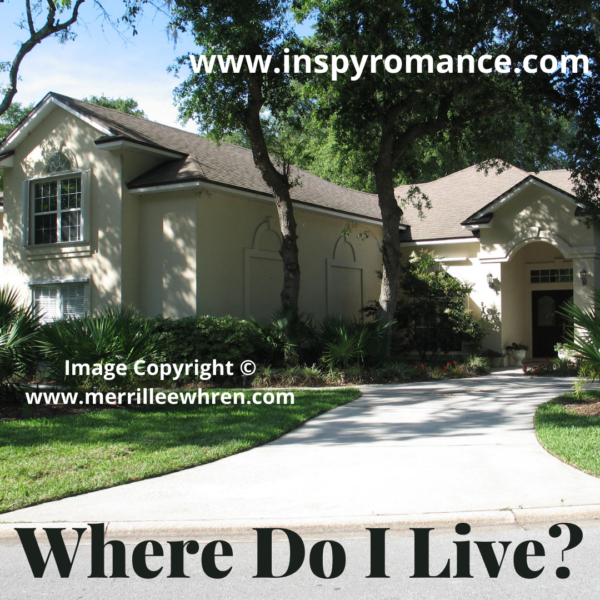 When authors write a story, they have to build the world in which the characters live. For most of my stories, I create a fictional, small town near a real, large city. Besides making a town where my characters live, I have to decide where they call home. Will it be an apartment, a bungalow, a ranch house, or a mansion? There are so many choices, but the characters’ social and financial status plays a big role in making that choice. Of course, I wouldn’t put my school teacher in a mansion unless she’s still living with her wealthy parents. My millionaire won’t live in a tiny apartment unless he’s trying to hide the fact that he’s a millionaire.

In my very first published book, The Heart’s Homecoming, now reissued as Second Chance Love, my heroine, Jillian Rodgers, is the millionaire. 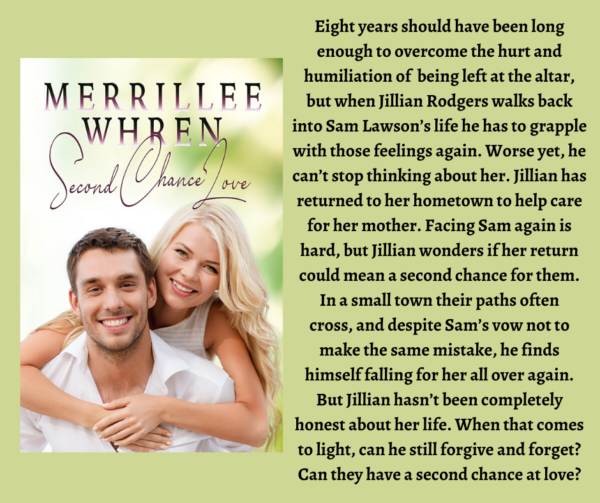 After returning to her hometown, she is living with her parents not only to help care for her mother who has dementia but to keep her financial status under wraps. The hero, Sam Lawson, is building a house on the property in the woods that he inherited from his grandfather. 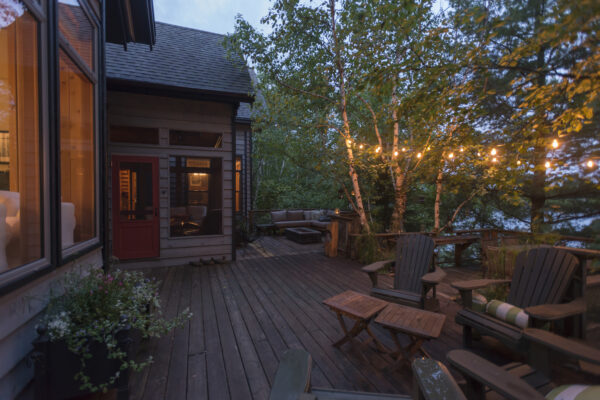 The house in my imagination looked something like this. The heroine helps the hero build a similar deck.

The first book in the Front Porch Promises series, A Match to Call Ours, is set in Montana, and the hero, Parker Watson, lives in a huge rustic log house with it’s own movie theater. The next three books in the series are set in Massachusetts. In A Place to Call Home, the second book in the series, my heroine, Molly Finnerty, is restoring an old Victorian house, maybe something that looked like this. 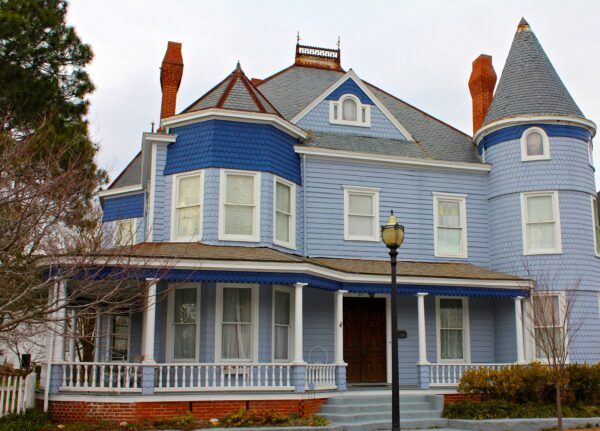 The triple decker is a unique style of housing found in the Boston area, and both my hero, Max Reynolds, and heroine, Heather Watson, in A Love to Call Mine, the third book in the Front Porch Promises series, live on the same block filled with triple deckers in my imaginary town of Oakton, Massachusetts. They live across the street from each other. You can see a triple decker in this photo I took from a car on our way to the Boston airport after a two-week visit with our younger daughter’s family. I had seen several from the commuter train we took to the Red Sox Baseball game, but the train windows were covered with grime, not good for photo taking. The triple decker is characterized by the flat roof. 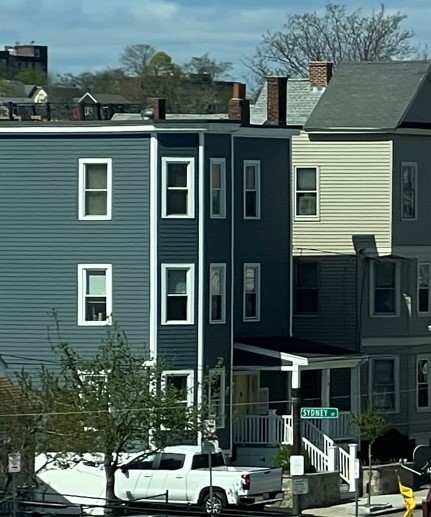 I try to match the house with the style of housing you would find in a particular location. I often go to real estate listings to look at houses and take a tour, so I have an idea about houses in a certain area. I also look through house plan books so I have an interior in mind as well as an exterior. The house style below was very popular at the beginning of the twentieth century. It’s called a four square. 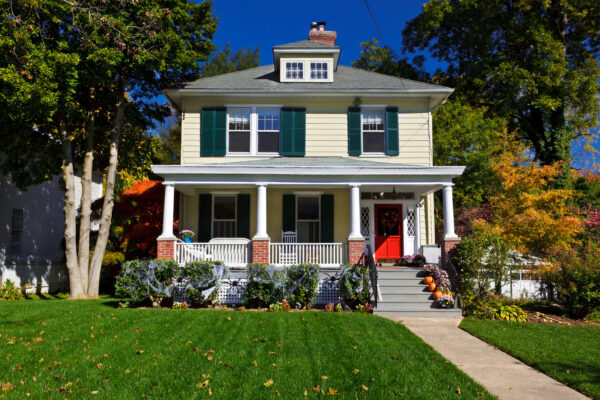 The heroine of A Song to Call Ours, Amanda Reynolds, stays with the hero’s great aunt who lives in a similar house. The reader visits Aunt Charlotte’s house in all the Front Porch Promises series books set in my imaginary Pineydale, Tennesee . 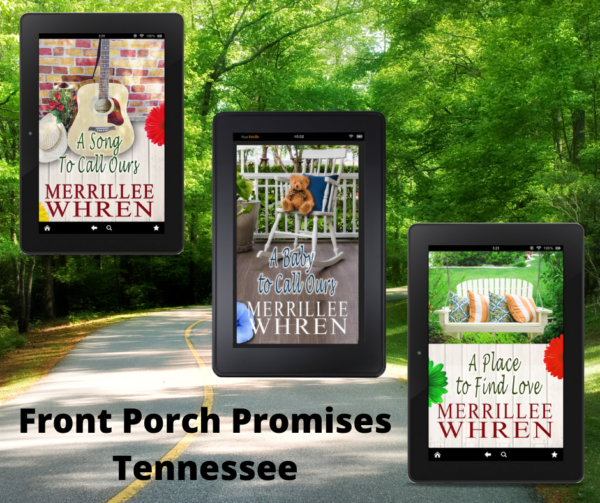 Although I could go on about the numerous other abodes that my characters occupy, I will mention one more, the childhood home of Ashely Hiatt, the heroine of the third book in my Dalton Brothers series, Homecoming Blessings. The story is set in Georgia, and although most of the story takes place in the mountains in north Georgia, the story starts in Atlanta. I used a real estate listing in Atlanta for this house, and since the listing is long gone, maybe you can get a sense of the house from this small excerpt from the story.

Minutes later, Peter turned his SUV off Roswell Road. A sense of anticipation unsettled her, as they entered the subdivision surrounding the golf course where her father played every weekend. When Peter drove up the street leading to her childhood home, a lump formed in Ashley’s throat, while a strange pressure filled her chest.

Birch and pine trees surrounded the two-story, tan-brick house that sat on a hillside covered with English ivy. White dogwoods dressed the yard in lace. A lump rose in her throat again when she saw the welcoming warmth of the red front door. She never expected this reaction to seeing this place again.

Every time I start a new book, I have fun finding the perfect home for my characters. If the story is set in Florida or southern Arizona, the house will mostly likely have a stucco exterior. If the story is set in Ohio, there might be the choice of a clapboard or brick exterior. Right now I’m working on a Christmas novella set in Maryland where you might find a row house or two.

What is your favorite type of house?

I will give away one of my ebooks, the winner’s choice, to one person who leaves a comment. I will choose the winner on May 3, 2022, at 9PM MST.