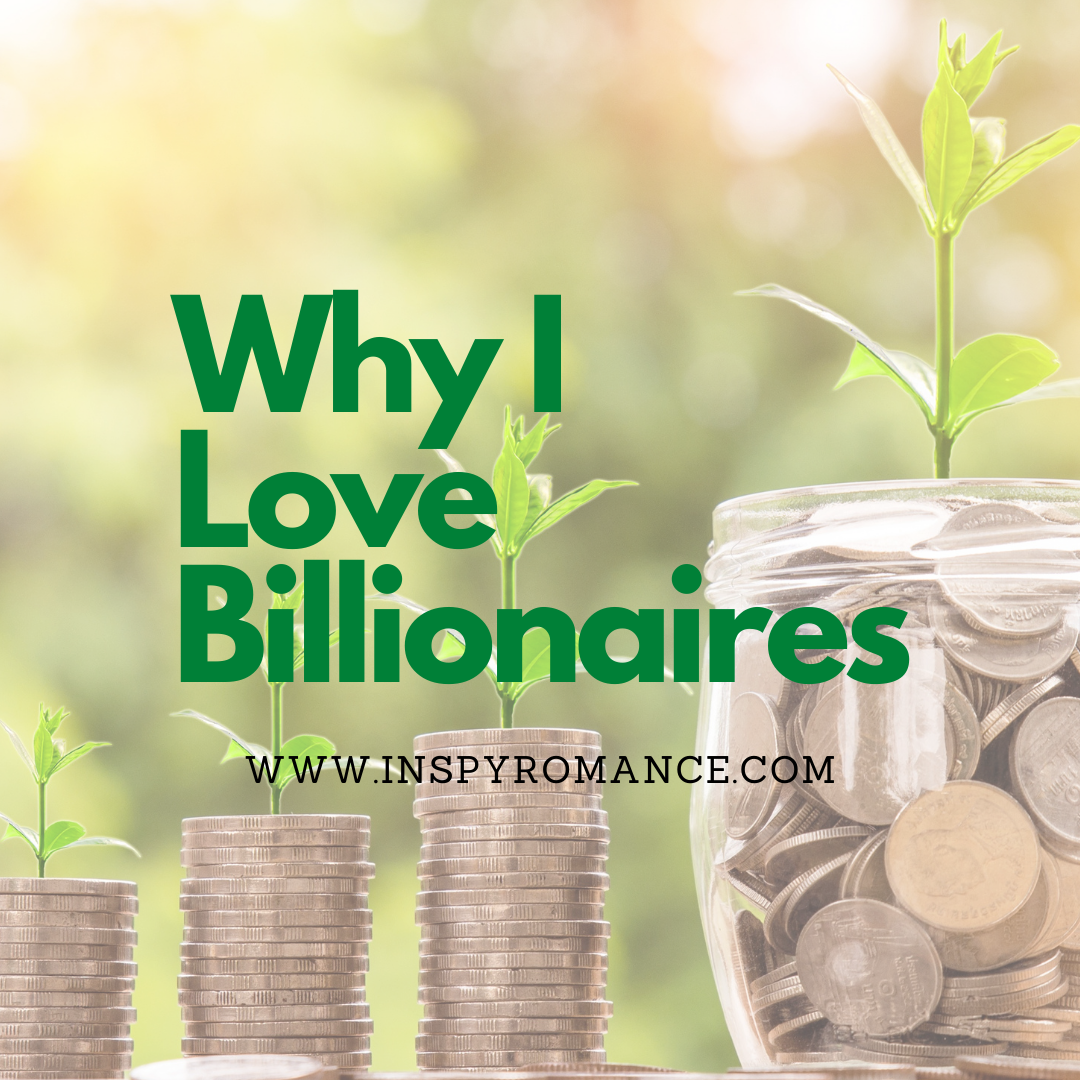 I was admittedly nervous when I decided to write my So You Want to be a Billionaire series. If you frequent many of the Christian fiction reader groups, contemporary romance frequently gets a bad rap. And  Billionaire romance? You might as well admit to getting a thrill from kicking puppies.

Oh sure, there are a few brave souls who will admit to loving it, but more often than not, you instead get the wrinkled nose and emphatic headshake that go along with the words, “I don’t read billionaire romance.”

I know this for a fact, because I lost a handful of ARC readers with pretty much those exact words. “I love your books, but you’re writing billionaires and I don’t read that.”

And hey, everyone has their boundaries, I get it.

But you know what? I think the majority of romance lovers love billionaire romance more than they realize. Let’s take a few minutes and consider, shall we?

Raise your hand if you love You’ve Got Mail.

Okay. Cool. I’m seeing most of your hands are up. Let’s think about Joe. F. O. X. Son and second in command of, effectively, Barnes & Noble. He has a yacht. A yacht that he keeps moored in a New York City marina. Like it’s nothing. If he’s not a billionaire, I don’t know what billionaires are.

So okay, we’ve got regular Joe, the book billionaire, who we all love. Let’s consider others. Another show of hands if you like Sleepless in Seattle. Uh huh. I see those hands.

Sam Baldwin. Architect. Living in a houseboat on Lake Union in Seattle. Any idea what those go for? I had a little Google, because I was curious. The house they used for his home in the movie just sold for over 2 million dollars. You know who lives in multi-million-dollar homes?

I don’t think we need to bicker over the exact number of zeroes that come after their net worth when we’re past the first seven. Do you?

In the romance and rom com movie world, I can find a ton of examples that we swoon over where we have regular gal falling for the super rich (i.e. billionaire) guy. Pretty in Pink. Notting Hill (that one, at least the girl gets to be the billionaire). A Touch of Mink (because of course we need Doris Day in our lives.) Say Anything (here again it’s more the girl with the super rich family, but still.) Gentlemen Prefer Blondes (how about some Marilyn Monroe to wrap things up.) I could go on, but you get the point.

Do you enjoy historical romance in addition to contemporary? I know, I know, we don’t talk historical around here usually, but I did want to quickly point out that so much Regency romance is the uber rich member of the Ton (oh, hi there Regency era billionaire) and the debutante in need of money via a good marriage.

And it’s all of this that has me saying: I love billionaire romance, and I’m not ashamed to admit it.

I grew up on billionaire romances. All of the above, plus TV shows like Remington Steele and Hart to Hart.

And one of the things I love most about billionaire romance is that it shows us, if we’re looking, that money doesn’t fix everything. So often, I think we’re tempted to say, “If only I had a little more cash, it would all be all right.” And while sure, there are problems money can fix, there are so many more problems money exacerbates. And there are problems that are unique to those who have piles of money. And really, at the end of the day, we’re all people, made in the image of God, hopefully in relationship with Him and therefore trying to live out His will for our lives while spreading the Gospel.

When I finished the So You Want to be a Billionaire series, I wasn’t sure what was going to come next. I’m finishing up a standalone novel right now, and after that? I wasn’t sure. But recently, another billionaire series has been tugging at the back of my brain. And I spent a good bit of time fighting it. Because it’s hard to write something when you know there are a group of people who are predisposed to dislike it without even giving it a chance.

At this point, though, the characters are starting to come alive, and I’m not sure how much choice I have in the matter. These are books that want to be written. Stories that want to be told. So, that’s what I’ll do. And maybe, just maybe, having realized just how many billionaire stories you already enjoy, you’ll be willing to give my existing series, and the one to come, a shot.

I’d love to know your thoughts — did any of this change your mind on billionaires, or at least get you thinking? I’d love to offer one commenter their choice of my So You Want to be a Billionaire books – I’ll choose a winner on Monday, November 1st.