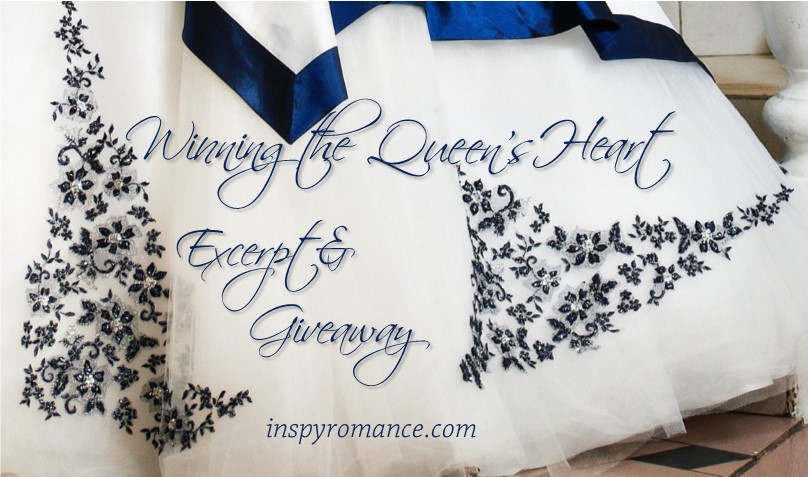 YAY! I’m so excited! Queen Christiana’s story is coming! And SOON! In fact, I put Winning the Queen’s Heart up for preorder last week and am working on the last couple of tweaks right now! I can’t wait!

So why should you?! Here’s a little snippet – I’ll even set it up for you :D. Christiana has been told that her fiancé is a criminal (why? Ah! You’ll have to read to find out!). There’s like two weeks to go until the wedding, but her country is already in a fairly fragile state – especially when it comes to trusting her. Alexander has offered her an out – marry him instead. But can she marry a man she doesn’t love? One she knows doesn’t love her? Twenty minutes or so after Alexander proposes, she leaves her apartment…

Christiana emerged from her apartments and went to the reception room where she would spend the next several hours. First, a troop of Royal Scouts arrived. Their scores in the countrywide competition netted them first place, and a chance to meet the queen. With her smile fixed in place, she greeted the young men, ages nine to twelve. Around the room, they had set up several exhibits of the types of things they did in the competition.

The door opened and everyone turned. Alexander walked in, catching her eye and smiling. A slight bow of his head showed his deference to her position, but that wasn’t what caught her attention. He’d changed out of his collared shirt and tan pants. Instead, he wore a very expensive, well-tailored, suit and looked very…she barely dared think it. Royal.

She turned to him. “Gentlemen, this is an associate and friend of mine, Alexander.” She left off his last name. The Scouts greeted him before she started to visit the different displays while Alexander talked with one of the other boys about some of them. She made sure to talk with each of the young men. All of them had a parent or grandparent with them, though the grown-ups mostly hung back, allowing the young men to have the spotlight.

Christiana stopped at one of the displays and picked up one of the pieces of wood that looked something like a small bow. “And what is this for?”

One of the younger members of the troop took it from her. “You use it like this-” He demonstrated. “-to build a fire.”

“Who is the best in your troop?” 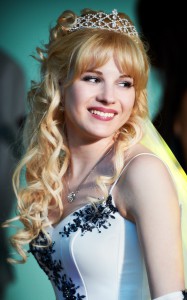 The boy looked both proud and a bit bashful. “I am.” He pointed to an older man standing in the background. “Poppo taught me.”

Christiana felt her smile become more real. “Perhaps you can show me sometime.” She looked at his name tag. “David. Your Poppo must be a wonderful teacher, and I imagine you will be as well.” Prince Richard of Montevaro had tried to teach her once. It had not gone well.

David waved his grandfather over. “Poppo will help you.”

The older man bent at the waist. “I would be happy to, Your Majesty.”

David’s face lit up. “We’re having a parade in our town for your wedding trip. Mom said you’ll be spending the the night a couple blocks from us.”

Her stomach fell into the pit. “I would love for you to show me more when I come to your town.” She would make sure to schedule a visit within the next year. David and so many others would be disappointed when the announcement was made.

As the group moved on, Poppo stayed behind. “Your Majesty, I know it has been many years, but I have never had the privilege of speaking with you before, and I would like to say something.”

Christiana stood with him while Alexander talked with the boys about camping. “Do go on.” She took his arm as they slowly walked after the group.

“The death of your parents and brother caught everyone by surprise.” He shook his head. “Such a tragedy. All of us went through gut-wrenching pain. It hit your nanny’s family hard as well, but I cannot imagine what it must have been like for you, losing your family and becoming queen at such a young age. My family and I have been praying for yours for as long as I can remember. But I’ll never forget the pictures of you that day.” He squeezed her hand inside his elbow. “I’ve prayed for you every day since.”

The biggest problem was that she had few memories of her own. Many of them came from the news stories and videos she had found, most of them online while out of the country, rather than personal times. “Thank you, sir, for your kind words. It has been many years, but your sympathy is very appreciated.” Poppo’s words were the first time anyone had mentioned her family to her in such a way in many years, and they brought tears to her eyes.

Poppo stopped and looked at her, concern in his gentle brown eyes. “I did not mean to upset you, Your Majesty.”

One tear leaked down her cheek, but Christiana smiled. “Oh, no. It is nice to hear that people still think about my family, and that people out there are praying for me.” 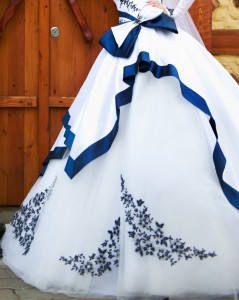 “Your mother was one of the classiest women I ever saw. David’s father was at a meeting like this one many years ago, and I accompanied him as well.” He smiled softly. “You are much like her.” They started walking again slowly, to accommodate his gait. “I remember how beautiful she looked on her wedding day. I imagine you will eclipse her.” Poppo nodded toward Alexander. “That is a lucky young man.”

Poppo chuckled. “Oh, I know the identity of your fiancé is a state secret but anyone who watched closely could see the glance the two of you exchanged when he walked in.”

Panic settled in her stomach. What did Poppo see that she did not? “Poppo?”

His eyes showed his shock.

Poppo shook his head. “Of course not, ma’am.”

In that moment, Christiana knew her decision had been made. “Poppo, would you, David, and your family be my guests at the wedding?”

This time tears filled the eyes of the older gentleman. “You would like us to be there?”

“Very much so.” They stopped at the back of the crowd of Scouts. “If you would speak to my assistant on your way out, she will make certain the paperwork is taken care of and the invitation sent as quickly as possible.” Security would be tight. Background checks would be more intense than they would have been otherwise, but it had to be that way.

Poppo smiled at her. “We would be honored to come. Thank you.” He bowed slightly at the waist. “I will be praying for both of you.”

What decision will she make?! She has a FABULOUS dress after all ;). You can find out in just a couple weeks! How do Poppo and David and the things he said figure into it? Oh! I’m just GIDDY about this one! I love Poppo! (Yes, I’m using my weekly allotment of ! here in this post but sometimes ya gotta live a little!)

One lucky commenter will get a Kindle copy of Winning the Queen’s Heart when it releases in NINETEEN days! In your comment, just let me know how long it was from the proposal to the wedding. If Christiana says yes, it’ll be about two weeks for her and Alexander. That’s awfully fast! But what about you?

Right now, Winning the Queen’s Heart is on preorder special for just .99!

Christiana Elizabeth Marissa Abigail has been queen of Ravenzario since her family died in a horrific car accident when she was five. Her uncle acted as her regent until she was of age. In the last year, the uncovering of his duplicity shook the country’s faith in her – and her faith in herself. At least she is finally going to get to marry her secret boyfriend. Isn’t she?

American Alexander Bayfield has been in love with the queen of his adopted country for years. A chance conversation, one he wasn’t supposed to overhear, inserted him into Queen Christiana’s inner circle. For two years, he’s watched as her relationship with a man he knows to be evil progressed. The evidence to finally put him away for good has been uncovered and it’s up to Alexander to break the news to her.

The aftermath leaves Alexander as the only one Christiana can turn to, the only one who can protect her reputation and, more importantly, her heart. Will he be able to win it for himself, or will secrets from his past, paparazzi who tell stories before checking facts, and the long-reaching tentacles of her uncle’s empire keep them from finding love?