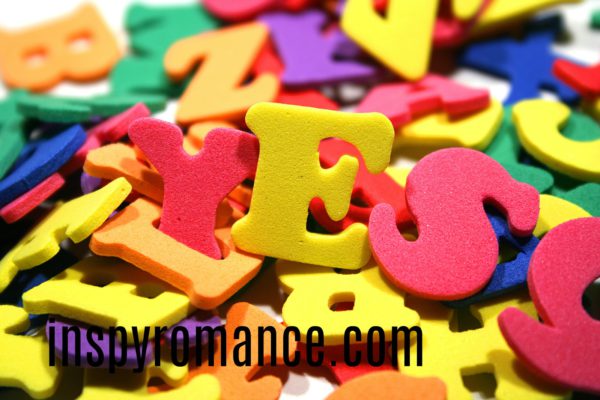 What is an ampersand, you ask? Good question. I didn’t know either, so I had to Google it.

Turns out, an ampersand is an important part of our English language, especially in recent years with the dawning of cell phones and text messages.

If you change fonts, it has at least a hundred other variations.

The ampersand is actually the joining of two letters, otherwise known as a ligature. If you look closely, you can see it—e and t. Put ‘em together and whadda ya got? (To borrow from Cinderella) 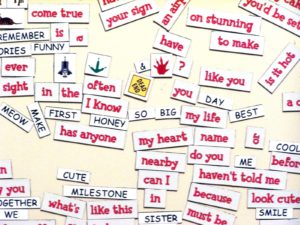 Here’s a really cool tidbit about the ampersand. In the early 1800’s, the ampersand was actually the last letter of the alphabet! Since it would be too confusing for schoolchildren reciting their ABCs to say, “X, Y, Z, and”…they instead said, “and per se and.” Per se means by itself.

An ampersand is also a mondegreen—a word that results from a mishearing of something that is said or sung. The word mondegreen was made up by a woman named Sylvia Wright in 1954 in her article for Harper’s Bazaar. Her mother had read her The Bonny Earl of Murray. Apparently the poor earl is slain near the end of one stanza says, “They layd him on the green.” (Not a misspelling, LOL) Ms. Wright evidently thought the stanza ended with, “And Lady Mondegreen.” Poor woman. And to think she died quite in error.

But since by this time Ms. Wright’s commentary had already been printed, the creative author simply made up a word for her mistake–the mondegreen.

How many generations of Catholic schoolchildren prayed, “Blessed art thou a monk swimmin’,” and reverently sang, “Sleep in heavenly peas?” Or little girls dancing around singing, “I am a Cheerio girl in a Cheerio world.” Or, if you ‘re closer to my age, Crystal Gayle’s, “Donut Make My Brown Eyes Blue.” 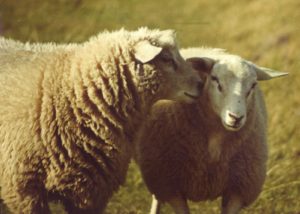 I was trying to find a picture of a woman whispering a secret to another woman, but these sheep were too cute.

Come on. Admit it. I’m not the only one who sang Jimmy Buffet’s Margaritaville as, “Blew out my flip-flop, stepped on a Pop Tart.”

Ahem. So back to mondegreens and the ampersand…

“And per se and.” Say it quickly three times.

Aaaand there you have it.

Was that fun or what? 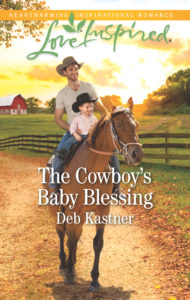 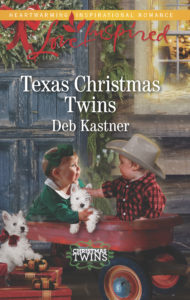