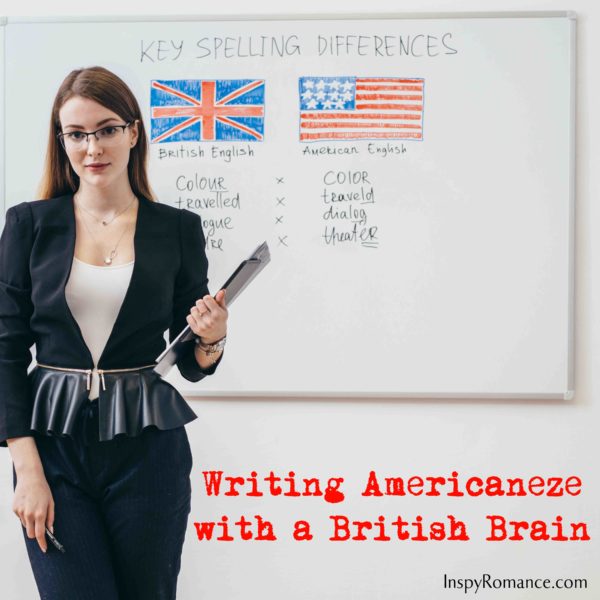 I’d just finished creating a book trailer for my upcoming release, Accept Me, uploaded it to YouTube, shared it on social media and my street team, and sat back proud of my accomplishment. A few hours later, I got a message from one of my team to let me know she was confused by one of my phrases in my blurb. Even though I’d struggled to get the terminology of “put paid to” or “puts paid to” correct in my sentence, bouncing it off two close author friends and my editor, never once did it enter my mind that the phrase I’d used was British.

I dove onto a couple of online dictionaries, scouring synonyms for “put paid to”. After coming up with nine different options (and I’m sure I could’ve come up with more), I settled on changing the phrase “puts paid to”. Seems I only needed a single word … hinders.

I was born in Zambia in Africa, a British colony at the time (they got independence two years after my birth). That, combined with the fact that my paternal grandfather was Scottish, enabled me to obtain a British passport, which I’m holding onto for dear life. But is that enough for me to claim a British brain? Well, my family are all South Africans and I was raised in South Africa since the age of five and a bit. South Africa used to be a British colony, too, until their independence in … well now, that date is a little uncertain to me because the country became a fully sovereign nation state within the British Empire in 1934, but the monarchy only came to an end on 31 May 1961, replaced by a republic as the consequence of a 1960 referendum, which legitimized our country becoming the Republic of South Africa. Hmmm, maybe my older siblings CAN apply for a British passport as I have, after all.

But dates aside, as a result of decades of British rule, we have retained a lot of Britannia in our culture—I’d go as far as to say most evident in our written and spoken word.

As a result, Americanizing my writing is sometimes challenging, but it was a conscious choice I made when I wrote my first (unpublished) novel. I knew my audience would be mainly American, and a few years down the line, I was right—they are. Ninety percent, or more, of my readers live in the USA. It’s for exactly this reason that I wanted to write with spelling and words and phrases that wouldn’t trip them up. I don’t always get it right, I’m sure, but I’m so thankful for my critique partner and street team who are always there to help me.

I’ve even started Americanizing my writing at times in everyday life, although I do try my best to keep my American and British hats/lives separate. I’m sure half the time my family think I can’t spell. In my book writing, I use Z’s instead of S’s on words like Americanize (not Americanise), O instead of OU like color not colour, and other words like grey have become gray.

I now keep a list of words and their American alternatives in my planning documents to remind me what words I should be using. Guess “puts paid to” needs to go on that list too. I thought you might get a kick out of seeing some of the words that trip me up:

My struggle with American English and British English is a daily one. Not only do I have this long and growing list to contend with (my tower of Babel), but I’m continually discovering things like the fact that “sort out” is very British, as are beans for breakfast. And my most recent discovery, of course, “puts paid to”. As the saying goes, we live and learn, and I’m certainly learning something almost every day.

Oh, and if you’d like to see the book trailer that sparked this blog, here it is: