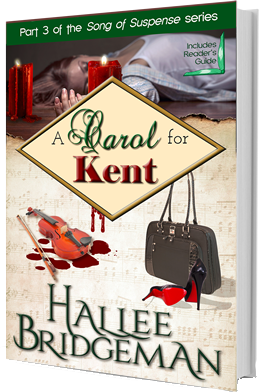 My most recent series, The Song of Suspense Series, is classified as “Christian Romantic Suspense.” On June 15th, I released book 3 in that series, A Carol for Kent.

When I try to break the plot down, it is almost complicated because there are three very major elements to this story, and all of them are very prominent elements of the story.

For a novel to be a “romance”, the romance needs to be the main theme of the story. There can be other secondary stories happening, but pretty much, the romance is the star. You have a man and a woman with a “romantic arc” — which is the progression of their love to a climax of finally falling in “happily ever after” love.

This is called the “romantic arc”. 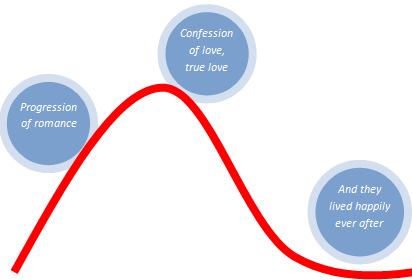 For A Carol for Kent, my two lovebirds are Carol Mabry and Bobby Kent. They actually met in college, and one fateful night during their very brief romantic relationship, conceived Lisa, who is celebrating her 9th birthday as this book opens. They’re reacquainted in the second chapter of this book, and thus begins their romantic arc.

I love their romance, I love their characters.  It would have been a good book, if that had been the main story.

However, I don’t write “romance.” I have another element in my plots.

In my style of writing, my faith element is very strong. I use my fiction writing as a ministry tool. However, it’s important that it be woven into the story so that it is absolutely a part of the story and not just tossed in there so that I can call it a Christian story.

Most of the time, in my books, the faith is as important as the romance. I have a few books where it’s just a part of the characters’ lives, but in A Carol for Kent, there’s actually a very strong faith arc.

Bobby’s parents have done something just horribly unforgivable.  And yet, as a Christian, not forgiving is not an option.  However, as humans, forgiveness isn’t always an easy command to obey. Readers of A Carol for Kent sympathize with Bobby and find it as hard to forgive his parents as he does. And his struggle to obey God is very much a part of the book and has its own arc. 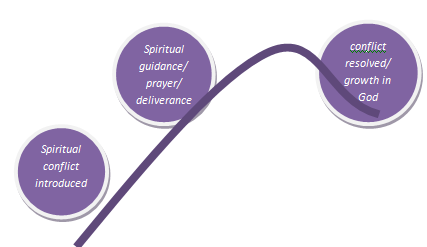 It’s a beautiful thing when it reaches fulfillment. Oftentimes, the spiritual journey of my characters is as important and as emotional as their romantic journey. I have heard from readers who have found a renewed strength in their love of God from the journey that they’ve encountered reading one of my books, and it’s so wonderful to know that the Holy Spirit is using my fictional world to speak to peoples’ hearts.

BUT — I don’t just write Christian Romances with a strong faith element. No, I have one more element that drives my plots.

In a suspense novel, the suspense element of the plot needs to be a primary part. In a Christian Romantic Suspense, it’s one of three very important pieces of the plot and has to share the spotlight just as much as the other two. 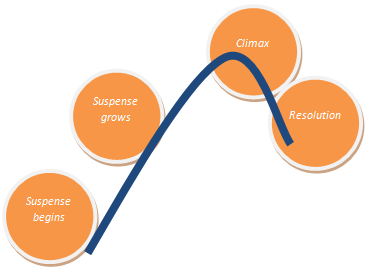 In A Carol for Kent, the book open with a serial killer stalking a victim. The first time we’re introduced to Carol, a prosecutor for major crimes for the city of Richmond, Virginia, she’s standing over the victim’s dead body.

The entire book, while Bobby and Carol are reacquainting themselves with each other, reconnecting, rediscovering this love that had started to blossom way back in college — while Bobby is dealing with a spiritual low and what he’s encountering with his parents and working his spiritual issues out — all the time this is all going on, there’s a madman killing women who are similar in appearance to Carol, and dressing them up to look just like her.

This plot is as important as that romance plot, and as important to the story as the faith plot — even though in this particular story, the three plots aren’t necessarily holding each others’ hands. In some books, the romance, faith, and suspense are all tied together (like in book 2 of this series, An Aria for Nick). But in this book, they’re all separate issues. Separate – but equally important to the story as a whole.

In writing Christian Romantic Suspense, you can’t remove any of the elements, or the entire story will collapse. 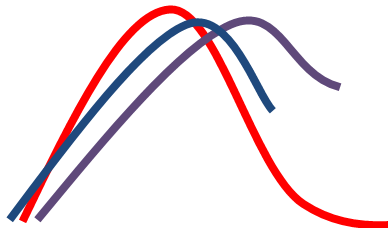 It is almost hard to write like this – because everything has to be balanced in order to provide a rich, beautiful, and fulfilling read. But, when it’s all together and done and all of the arcs are in a good place, then what you have is an exciting, faith-filled, romantic ride that keeps you turning the pages and fully involves and affects the reader on so many different levels.

A Carol for Kent:

A Ruthless Serial Killer Seeks to End a Love Song Eight Years in the Making.

Assistant Commonwealth Attorney CAROL MABRY heads up an investigation into a string of stranglings in Virginia’s capital. The serial killer known as Richmond Red remorselessly snuffs out beautiful young women with violin strings before ritually enshrining their lovely lifeless bodies inside a pentagram of blood red candles.

Country music superstar BOBBY KENT makes an unscheduled return trip to his Virginia home for the first time in years. To his shock, he discovers that he and Carol have a young daughter, Lisa. His parents have kept Lisa hidden from him her entire life while simultaneously deceiving Carol about Bobby’s interest in fatherhood.

Angry and hurt over the deception, Carol and Bobby strive to cope with this newly discovered reality. They struggle to overcome harmful secrets and years of lies to decide whether they have a future. Neither of them realize how every waking moment they move closer to the serial killer who harbors an unnatural and deadly obsession.

With the beautiful Carol locked in Richmond Red’s sites, the clock is ticking down to her destruction. Will the two find love, or is their sonata striking a dangerous final chord?