Hello everybody! Virginia here and I’d like to talk about writing romance for readers who don’t usually pick up a romance book: the MEN. 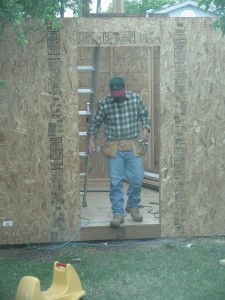 (Oh, look at this fine specimen of manhood! Love the tool belt, amor!)

I can hear you laughing! “What an odd concept! Why would we want to do that? We’re told to write to our niche audience and never waver.”

But I’m all about the wavering. And waffling. And switching genres. And sitting on fences.

So, let’s talk about reaching those readers who may not head for the romance aisle.

We all know a romance involves two people and their struggle to find the happy ever after. The blurb usually followed a pattern like this: Heroine really wants to (run a farm, raise puppies, cook a lasagna) but first she needs to (buy the farm, buy two dogs, buy ingredients). Hero really wants to (sell the farm, raise cats, make the world vegetarian) but first he needs to (find a farm, find two cats, learn to cook vegetables).

That’s all fine and good. Most readers will still be with you here. But as the traditional romance blurb goes on, they may stop reading when you read the next portion and the heroine “battles her intense attraction” and the hero “will do anything to have her”.

What can we put in the middle to keep the non-romance readers on our side?

Find what makes your book unique. This isn’t hard to do. You wrote it.  Valerie rights about sustainable agriculture and fresh foods. Narelle writes about Australia, Pepper writes about romance in the Blue Ridge area, Katherine Reay writes about Jane Austen. You get the idea. Make sure that unique concept is front and center, before the ooey-gooey parts hit the blurb. Your non-romantic readers will still be with you when you read the “intense attraction” type stuff. 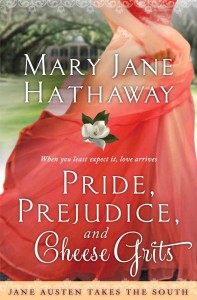 For my book Pride, Prejudice, and Cheese Grits I brought the Civil War link out ASAP. And it seems to have worked since I receive 3-5 message a week from (wait for it!) Civil War enthusiasts who are usually older Southern gentlemen. They appreciate the details of the battles and the uniforms and the artillery. I had one man write me that he had one of the revolvers I mentioned in the book: an 1860 Army service revolver with a steel frame and a navy scene engraved on the cylinder. He was tickled that I mentioned that attached shoulder stock, and had my character remove it for a dress occasion.

This man said that he didn’t read romance, but that the Civil War detail in the blurb caught his attention when it came up under a “recommended” link on Amazon.

We all want our hero to be interesting, but is he interesting to a man? (For that matter, it doesn’t hurt to have the heroine do more than knit and cook.) A male reader identifies strongly with the male lead so if your hero is only following around the heroine, asking about her life, he might just put the book down and never pick it up again. I’ve read books where the hero is interesting… for a few pages. And then the author seems to realize that she doesn’t really care that he love motorcycles or mechanical work or computer coding. The details are surface and just there for the traditional romance reader, a woman. 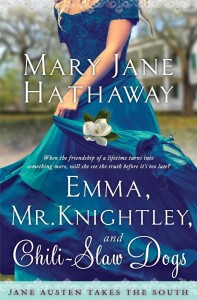 This is one of those times where you can’t just write a book in two months, without spending a huge amount of time researching beforehand. But your male readers will thank you for it. In my second Austen Takes the South book, Emma, Mr. Knightley, and Chili-Slaw Dogs he’s a motorcycle aficionado. They’ll appreciate that you didn’t just stick him on a bike, but have him riding a Triumph 6T Thunderbird AND know that Marlon Brando rode one AND know it had a 55 inch wheel base and four speeds. When your hero rides in on it, the heroine doesn’t know all this, of course, so you’ll have to drop all those details in there very carefully, but HEY, we’re writers! We can do this! Later, as your hero finds it knocked over, make sure he doesn’t just heave it upright because you should know (because we love our heroes and know everything about their lives) it weighs 397 lb soaking wet.

(Oh, wow, wordpress just ate half my article… I hate you, wordpress. You stink. Anyway, Onward.)

In that book, my hero is a journalism professor. I couldn’t just say that. I had to actually find a few and contact them, asking them questions about their day, asking what their focus was, and making sure I had the details down. I thought I would only get letters from Civil War enthusiasts, but I’ve had two letters from journalism professors, both men. How funny! One teaches about classes on magazine reporting, just like the hero, and wrote to say he picked up the book for the Civil War re-enactor story line, but was thrilled to see his own journalism focus described so accurately in a college setting.

So, heroes, they matter. As women, we might focus on more of the way they look, the way they make the heroine feel, and the way HE protects HER. But step away from the romance for a moment and see him like a man. Is he really interesting without the romance? He should be, so he can reach those untapped audiences of male readers.

I’m giving away one  ebook of each Austen Takes the South book available (or, if you’ve read them, you can choose one from Virginia Carmichael). Also, pop on over to my blog where I’m giving an awesome Darcy mug! I’m having a giveaway every week until the paper versions of these books are released by Simon and Schuster in June. Last week was Bingley’s teas, and the week before was FOUR Austen DVD movies! Whoohoo, par-TAY! 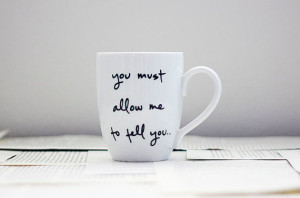 So, let’s talk about how you reach MALE readers! How do you write that might appeal to that particular market of romance readers?

An award-nominated hybrid author, Virginia Carmichael is a homeschooling mother of six young children who rarely wear shoes. She holds degrees in Religious Studies and Theoretical Linguistics, and has a Jane Austen quote on the back of her van. Writing also under the pen name of Mary Jane Hathaway, her 'Austen Takes the South' series was originally self published, but has recently transitioned to Howard Books/ Simon and Schuster. Madly in love with a man who has never read Pride and Prejudice, Virginia spends the majority of her literary energy on subjects unrelated to Jane Austen, but her heart always returns to all things Jane. She can be reached on facebook at 'Pride, Prejudice, and Cheese Grits' or her regular author page of Virginia Carmichael